The device will be available via an open sale across Amazon.in, oneplusstore.in, select Croma stores and OnePlus Experience zones 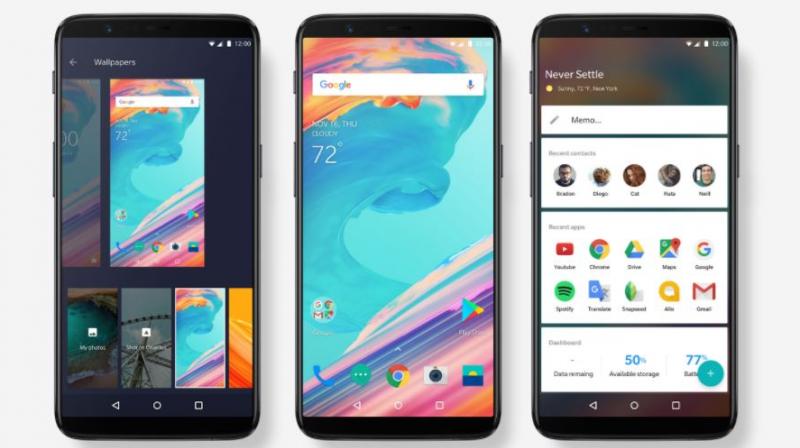 The device was unveiled simultaneously in India along with the rest of the world on November 16 and received good response from Indian customers.

OnePlus has announced the availability of its flagship device- OnePlus 5T via an open sale across all channels such as Amazon.in, oneplusstore.in, select Croma stores and OnePlus Experience zones in Bangalore and Noida.

The device was unveiled simultaneously in India along with the rest of the world on November 16 and received good response from Indian customers during the early access launch exclusively for Amazon Prime members on November 21. Globally, on November 21, OnePlus 5T, broke launch day sales record and in just 6 hours became the company's fastest selling device. During Amazon.in special one-hour preview sale, held on November 24, the OnePlus 5T was sold out within the first 5 minutes.

To recall, the smartphone sports a 6-inch full HD display with 1080 x 1920 pixels resolution, protected by 2.5D Corning Gorilla Glass. It is powered by an octa-core Snapdragon 835 processor clocked up to 2.45GHz. The device runs on OxygenOS 4.7 based on Android 7.1.1 Nougat.

The OnePlus 5T sports an iPhone X-like Face Unlock feature which the company claims is based on advanced facial recognition system. It also features a fingerprint scanner at the back panel for added security.

Optics wise, the OnePlus 5T sports a 16MP primary sensor with 1.12-micron pixels and a 20MP Sony IMX376K primary shooter. The device is fuelled by 3300mAh non-removable battery. The smartphone will be available in a Midnight Black colour variant.