The handset will first launch in the US and then make its way to the rest of the world. 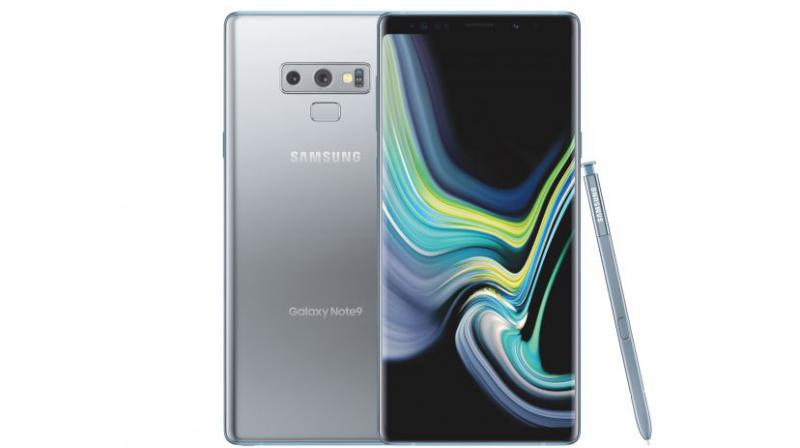 Now available in an all new hue — Cloud Silver.

Samsung has recently announced the availability of two new colours for Galaxy Note9 — Cloud Silver, which will be available first in the United States before anywhere else, and Midnight Black. The latter is yet to be released in the US and is already for sale in India.

Samsung claims that by being recognized for its record-setting display quality, unparalleled performance, enhanced S Pen, and intelligent camera, the super powerful Galaxy Note9 is designed and engineered for those who want it all.

Starting on October 5, the Cloud Silver Galaxy Note9 will be available at online and offline retailers as well as on Samsung’s official website.

The Note 9 is a major upgrade of last year’s Note 8. The phablet is now built around an Exynos 9810 chip with either 6GB or 8GB of RAM paired with either 128GB or 512GB of storage. The storage can be expanded up to 512GB. The Note 9 runs on Samsung Experience 9.0 with Android 8.1 Oreo underneath.

Samsung has crammed in a 6.4-inch Super AMOLED HDR display in the old Note 8’s form factor. The S Pen also makes a return — only this time, it’s equipped with Bluetooth LE. Therefore, it can act as a remote for the camera or Powerpoint presentations. The S Pen relies on a supercapacitor to keep itself alive, which draws power from the Note 9’s massive 4000mAh battery. The Note 9 also retains the 3.5mm headphone jack and gains a stereo speaker setup. It also gets the Intelligent Scan feature that combines the Iris scanner and Face Unlock for safer biometric verification.

For the optics, the Note 9 features the same 12MP + 12MP dual camera setup from Galaxy S9+, with a variable aperture system for the primary lens. The front camera is an 8MP sensor. Both of them are now assisted by Samsung’s AI algorithms to enhance image quality.