The upcoming Sony flagship is expected to debut in four colour options. 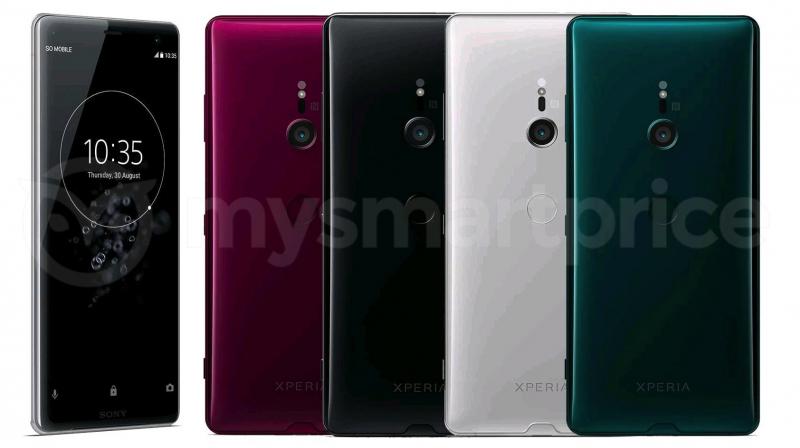 The Sony Xperia XZ3 will come in Burgundy, Black, White and Green.

Over the past few months, there has been a multitude of leaks surrounding Sony’s upcoming flagship — the Xperia XZ3. The latest bit of information comes via MySmartPrice where they have an image render detailing the colour options the handset will arrive in.

As per the report, the Sony Xperia XZ3 will come in four colour options at launch, namely, Black, White, Burgundy and Green. The report states that Sony might not launch all colour variants in every market and one or two of the four may launch in select markets.

Apart from the colour options that the Sony Xperia XZ3 will come in, no other new information is available regarding the handset.

The Sony Xperia XZ3 is widely expected to feature an 18:9 5.7-inch IPS LCD display that boasts a 1080 x 2160 resolution which is identical to its current flagship device the Xperia XZ2. The XZ3 is believed to sport a Snapdragon 845 chipset with 6GB of RAM and 64GB of onboard storage.

While several manufacturers are hustling to give their best shot in the camera department, Sony seems to be not lagging behind. At least for its upcoming device, the Sony Xperia XZ3 is highly likely to come strapping a 48MP camera. However, contrary to the ongoing tradition of a pair of cameras, the premium smartphone will be fitted with only a single camera, which sounds potent though. Sony is expected to utilise a 13MP sensor for its front-facing camera as opposed to a twin shooter up front that was previously rumoured. To keep this handset juiced up, it is expected that Sony will be adding a 3240mAh battery.