Fortnite for Android rumoured to debut on Galaxy Note 9

The Note 9 is expected to be positioned as Samsung’s gaming smartphone, with exclusive Fortnite access for 30 days. 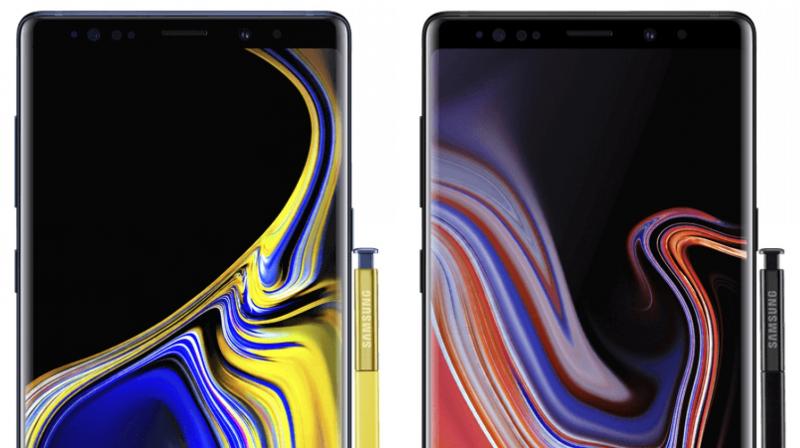 The S Pen is also expected to play a key role in this regards, meant to be used as a specialised tool for playing Fortnite. (Photo: Slashleaks)

Up until now, the Galaxy Note 9 has been expected to be fairly similar to the Galaxy S9, borrowing tidbits from the Note 8. Leaks on the Internet have left nothing to the imagination, with the Note 9 being shown in official renders alongside its accessories. However, it seems that Samsung has had been devising a special trick up its sleeves to prevent the Note 9 meet the Galaxy S9’ fate, which could be beneficial for mobile gamers — especially for those waiting for Fortnite’s release on Android.

If the latest leaks from XDA forums are to be believed, then Samsung is marking the Galaxy Note 9 as the debut device for Fortnite on Android. The Note 9 is expected to come pre-loaded with Fortnite along with several in-game benefits such as $100-$150 worth of V-Bucks for in-game use. The leak goes on to claim that the Note 9 launch event will be themed around Fortnite, thus marking Samsung as a top contender in the gaming smartphone category.

Samsung is expected to optimise the device, especially for the game, enabling the best performance Android has to offer. The Note 9 in itself is supposed to be a beastly smartphone, housing an Exynos 9810/Snapdragon 845 chip alongside at least 6GB of RAM and 128GB of storage. Samsung will also be implementing the vapour cooling technology found on some gaming smartphones to improve gaming performance while managing heat efficiently. Additionally, the S Pen is also expected to play a key role in this regards, meant to be used as a specialised tool for playing Fortnite.

Fortnite has been available on iOS and consoles for a while now. However, there was no reason mentioned as to why Android was devoid of the game. Maybe Samsung’s deal with developer Epic Games could have forced them to delay the launch the further optimise it for Samsung’s flagship offerings for this year.

On the other hand, rumours about an improved DeX have also surfaced. The updated DeX will allow users to enjoy Fortnite on bigger screens through the DeX support. Many have even claimed that the Note 9 could eventually ditch the DeX dock while still managing to perform the DeX functionalities.