The Mi MIX 2S is also expected to launched in black and white ceramic variants. 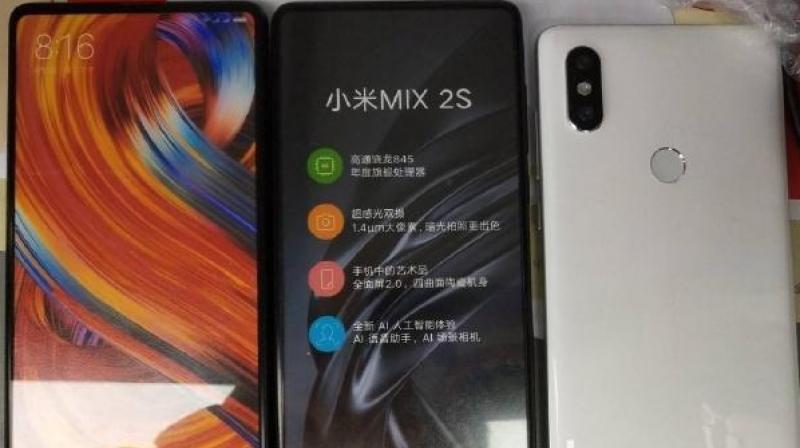 The Mi MIX 2S sports a Snapdragon 845 chipset, which is currently one of the best in the business.

Xiaomi is slated to launch its Mi MIX 2S flagship within a few moments and tipsters have already caught hold of leaks revealing the smartphone in its full glory. Slashleaks has caught hold of a photo showing the two variants of the Mi MIX 2S alongside the Mi MIX 2. The bad news is that the design mostly remains unchanged.

The Mi MIX 2S is seen carrying the same frameless design from the Mi MIX 2. While it’s not a bad deal by any means, rivals such as Oppo and Vivo have launched smartphones with slimmer bezels holding higher screen-to-body ratio. Therefore, there’s no notch on the display. 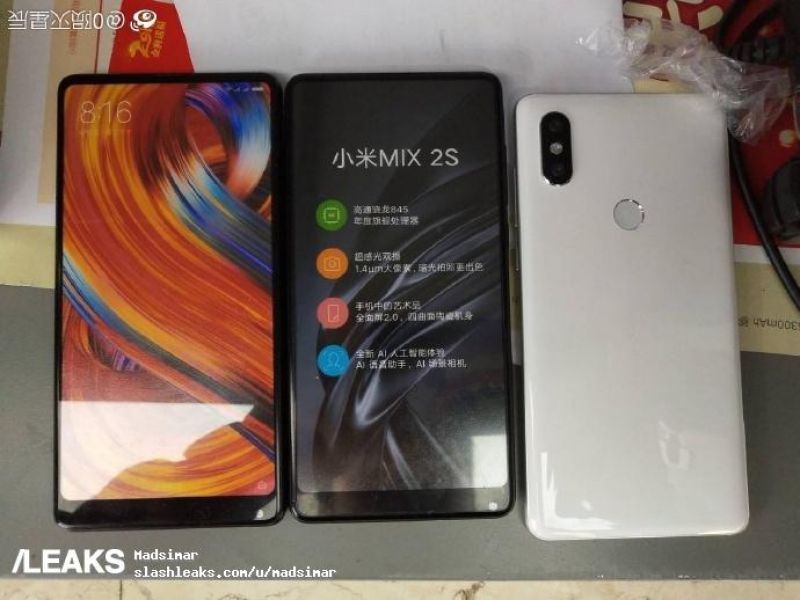 However, things have massively changed at the back. The elegant finish of the Mi MIX 2 has been replaced with a loud iPhone X-inspired design. The Mi MIX 2S’ rear camera module looks pretty similar to the one on the Redmi Note 5 Pro. The fingerprint sensor is still retained in the centre, meaning that there won’t be any in-display fingerprint technology. The Mi MIX 2S is also expected to be available only in ceramic unibody design. 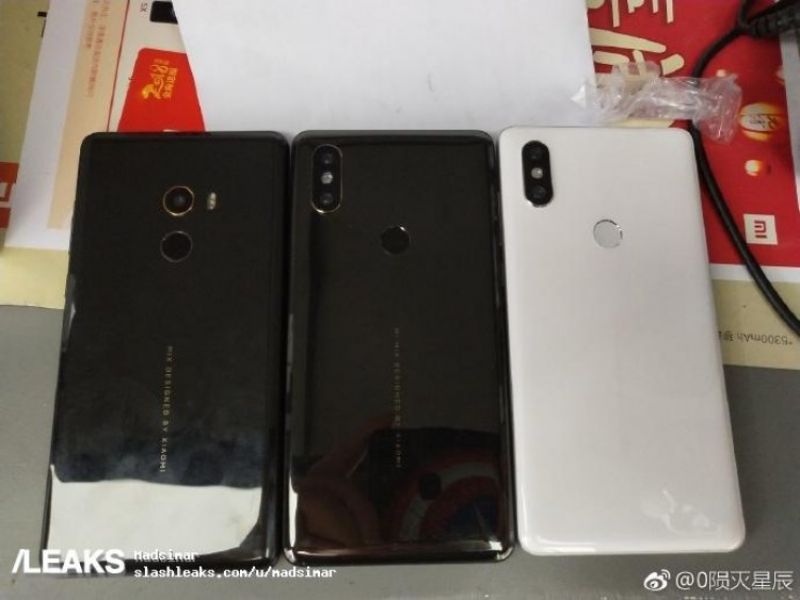 As for good news, the Mi MIX 2S sports a Snapdragon 845 chipset, which is currently one of the best in the business. There’s also mention of AI assisted facial unlock feature as well. The device is expected to debut with Android 8.1 Oreo based MIUI 9. We also expect Xiaomi to implement iPhone X-like gesture-based navigation as MIUI 9.5 will bring the feature to existing Xiaomi devices sporting an 18:9 display.