The company’s spokesperson and product management director Donovan Sung took Twitter as a platform to announce this launch. 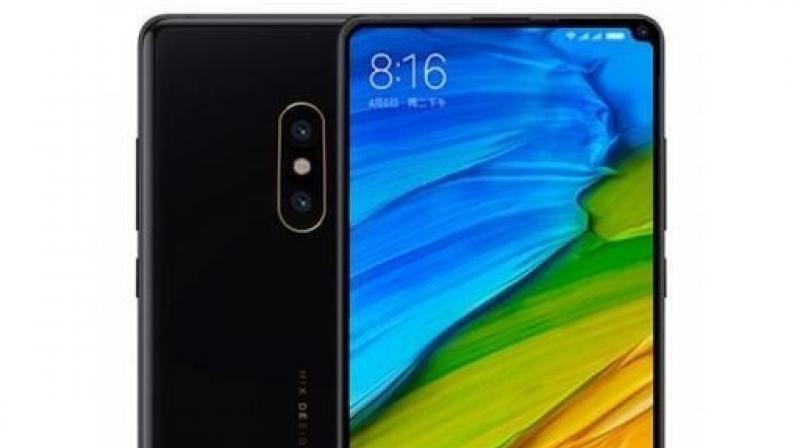 The rumoured features of this Mi Mix 2S include a 5.99-inch bezel-less display with a 95 per cent screen-to-body ratio.

Xiaomi has recently announced its Redmi Note 5 and Note 5 Pro variants in India last week. The company also launched its first Mi TV, which has been added to its product portfolio alongside smart bands, air purifiers and smartphones. After these pile of launches happening this year, Xiaomi has slated another release on March 27th this year.

An inheritor to the Xiaomi’s Mi Mix 2 (the company’s no bezel-less display, which had a screen-to-body ratio of 80.8 per cent) – the Xiaomi Mix 2S is set to launch on March 27th this year. The company’s spokesperson and product management director Donovan Sung took Twitter as a platform to announce this launch. 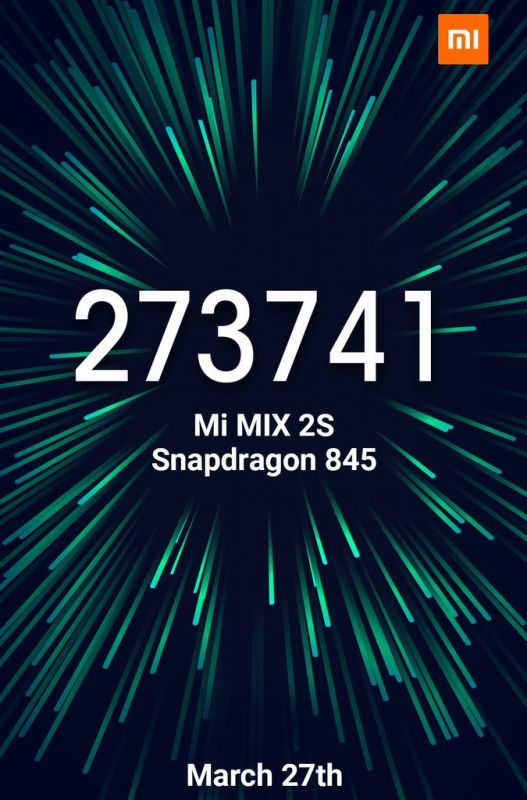 Apparently, the tweet suggests that Mi Mix 2S will have Qualcomm’s new flagship processor Snapdragon 845 SoC. Sung's tweet also contains the number “273741,” which might be a reference to an AnTuTu benchmark score to show the phone’s capability to match the current flagship competitors.

The rumoured features of this Mi Mix 2S include a 5.99-inch bezel-less display with a 95 per cent screen-to-body ratio similar to what we saw on the Mi MIX 2 along with an 18:9 aspect ratio.

However, the company hasn’t scheduled or announced any launch events at MWC this year. But this announcement ahead of the event suggests that the company is trying to make its exposure in addition to the products launched last week.