The handset comes with an X-Pen stylus which is similar to the option found on Samsung’s Galaxy Note handsets. 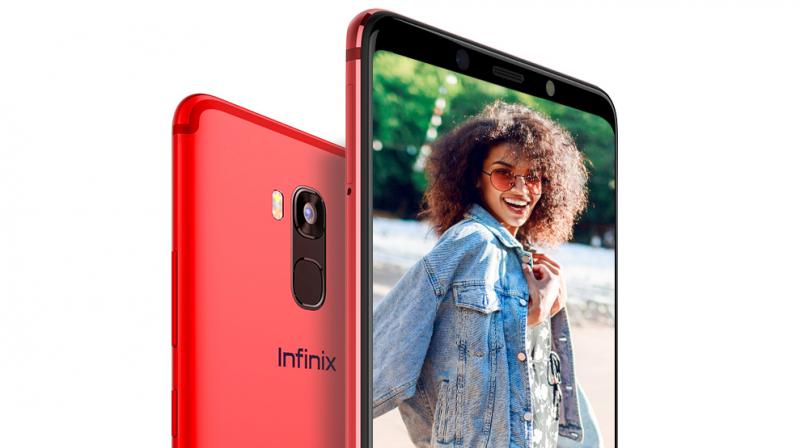 The main USP of this handset is the X-Pen.

A few months ago, Infinix introduced its first Android One handset in India in the form of the Note 5. When we reviewed this product we were left impressed by the clean UI and the overall fluidity that came with it. Building up on the Note-series of handsets, Infinix has announced the Note 5 Stylus, a handset which is a step-up from the Note 5 and comes with an X-Pen stylus. The handset will go on sale on December 4 at Flipkart for Rs 15,999.

The main USP of this handset is the X-Pen which works similarly to the one offered on the Samsung Galaxy Note handsets. The X-Pen is placed at the bottom and is spring loaded. To deploy the stylus, all a user needs to do is press it and it ejects. When the X-Pen is out of its cradle, the handset displays a page where you can easily and conveniently jot down notes or doodles. The X-Pen is a handy tool capable of a variety of tasks such as creating notes, writing memos, doodling, painting and much more.

The Infinix Note 5 Stylus is the brand’s second handset to come to India with Android One. With this, the smartphone becomes a part of the Google program where you can get regular security updates every month. As far as the software of the handset goes, it comes loaded with Android 8.1 Oreo that’s based on Google’s Android One OS.

The Infinix Note 5 Stylus comes with a 5.93-inch FHD+ FullView display which Infinix has termed as an Infinity display. The handset is made completely out of metal and features a 2.5D curved glass up front. The Note 5 Stylus comes powered by a MediaTek P23 Octa-core SoC that’s clocked at 2.0GHz. This chipset is paired with 4GB of RAM and 64GB of onboard storage. The handset comes with Dual SIM and Dual VoLTE capabilities while being powered by a huge 4000mAh battery. The battery found here also features AI Power Management and 18W fast charging capabilities which Infinix has dubbed X-Charge. The handset is capable to get a full battery top up in a single hour.

As far as the optics go, the Infinix Note 5 Stylus comes with an AI-powered 16MP cameras on the front and rear. The rear shooter is paired with a Dual LED  flash, AI Auto scene detection alongside camera modes such as AI Portrait, HDR, Beauty, Professional and others. The front-facing selfie camera comes with an f/2,0 aperture, a softlight flash and a host of camera modes.

At launch, the Infinix Note 5 Stylus will be available in two colours — Red and Blue and will go on sale on December 4.