Best smartphones under 15k on offer this festive season

These are some of the best smartphones you can buy this festive seasons below Rs 15,000 on offer. 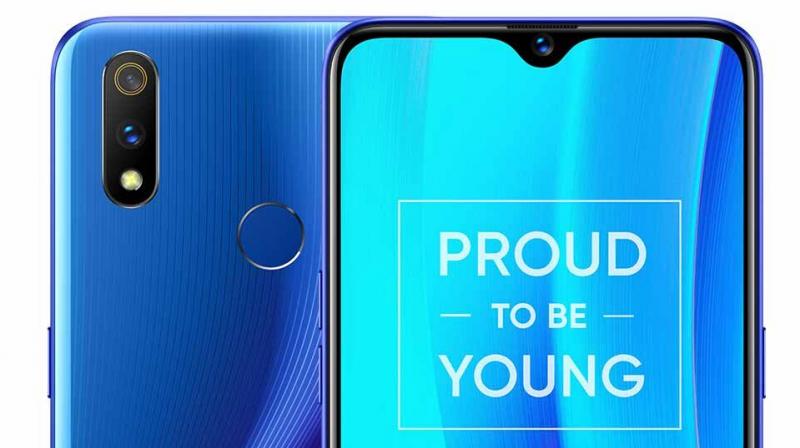 Here are the best smartphones to buy on offers this during this Big Billion Day  sale on Flipkart:

Known for its big-battery and fast charging and the most powerful processor under RS 15,000, the Vivo Z1x comes with a 6.3-inch display with a 1080x2340 pixel resolution and an in-display fingerprint sensor. It houses an octa-core Qualcomm Snapdragon 710 processor, clocking speeds of up to 2.3GHz and an Adreno 616 GPU that provides great graphics. The Z1x features a triple-rear camera setup that consists of a 48-megapixel Sony IMX sensor, an 8-megapixel ultra-wide lens and a 5-megapixel depth-sensing lens. In the front, it has a 32-megapixel selfie-camera lens for clicking exceptional low-light pictures.

The device has a 4500 mAh battery that lasts a whole day of gaming and entertainment with the 22.5-Watt fast charging technology. Its internal memory does not support expandability but is available in 2 variants, 6+64GB and 6+128GB. The Vivo Z1x is available in two colours, Fusion Blue and Phantom Purple.

India’s first and only 48-megapixel quad-camera smartphone, realme 5 Pro gives a power-packed performance with the newly upgraded Qualcomm Snapdragon 712 processor that has been engineered for an unmatched smartphone experience in the under RS 15,000 category. Its quad-camera setup consists of a 48-megapixel Sony IMX 586 sensor, coupled with an 8-megapixel 119⁰ ultra-wide-angle lens, a 2-megapixel portrait lens and a 2-megapixel portrait lens. At the front, the realme 5 Pro houses a 16-megapixel Sony IMX 471 AI camera for crystal-clear selfies.

The realme 5 Pro features a 6.3-inch FHD+ Dewdrop full-screen, with new gradient holographic colours and reflecting textures, to achieve a richer layered visual effect. Bundled with a 20-Watt VOOC 3.0 charger in the box for its 4045mAh battery, the smartphone is based on Android 9.0 and runs the ColorOS 6.0 system. Available in two exceptional colours, Crystal Green and Sparkling Blue, Realme 5 Pro is a dual-sim phone having 3 variants – 4+64GB, 6+64GB and 8+128GB with a dedicated expandable storage slot up to 256GB.

The most affordable Snapdragon 7-series smartphone, Realme 3 Pro has been known to be the ‘Speed King’ in its category. Powered by the superfast Qualcomm Snapdragon 710 processor with flagship-level Adreno 616 GPU, the realme 3 Pro guarantees real visual sense, more efficiency and advanced 3D image rendering. It houses a dual rear camera setup at the back with a Sony IMX 519 16-megapixel primary lens and a 5-megapixel secondary lens. In the front the Realme 3 Pro sports a 25-megapixel selfie camera for ultra-clear imaging at night-time.

It has a 4045 mAh battery for day-long performance with a 20-Watt VOOC 3.0 charger in the box. Its FHD+ Dewdrop full-screen gives a 90.8per cent screen-to-body-ratio with 3 exquisite colours, Carbon Grey, Nitro Blue and Lightning Purple. The realme 3 Pro is available in 3 variants – 4+64GB, 6+64GB and 6+128GB, with a dual sim and dedicated expandable memory slot up to 256GB.

Dubbed as the best-seller of 2019, the Xiaomi Redmi Note 7 Pro features a 6.3-inch full HD bezel-less display with waterdrop notch and has a screen resolution of about 1,080 x 2,340 pixels. It houses an octa-core Kryo 460 CPU setup based on the Qualcomm Snapdragon 675 chipset and an Adreno 612 GPU. The 4000 mAh battery supports an 18-Watt quick charge facility and comes with a 10-Watt charger in the box. The Xiaomi Redmi Note 7 Pro has a hybrid dual-sim slot be extended to 256GB.

It features a 48-megapixel Sony IMX 586 camera lens coupled with a 5-megapixel depth-sensing dual camera setup at the back. In the front, the Redmi Note 7 Pro has a 13-megapixel aperture, which works well for clicking great quality selfies. It is available in 3 variants 4+64GB, 6+64GB and 6+128 GB and 4 colour options, Nebula Red, Neptune Blue, Space Black and Astro White.

Oppo F11 Pro has become the most affordable full-screen smartphone with a pop-up selfie camera under RS 15,000 after its prices were slashed from RS 20,990 to RS 14,990. The phone comes with a 6.5-inch display with a 1080x2340 pixel resolution. Under the hood, it packs a MediaTek Helio P70 SoC octa-core processor, clocking speed up to 2.1GHz. Its Mali-G72 MP3 GPU can render great performance and graphics coupled with the 6GB RAM for multitasking.

The F11 Pro comes with dual camera setup at the rear consisting of 48-megapixel and 5-megapixel lens and a 16-megapixel pop-up selfie camera. It features a 4000 mAh battery with VOOC 3.0 fast charger in the box. The Oppo F11 Pro comes in two dual-sim variants, 6+64GB and 6+128GB that is expandable up to 256GB. It is available in 2 colours, Thunder Black and Aurora Green.