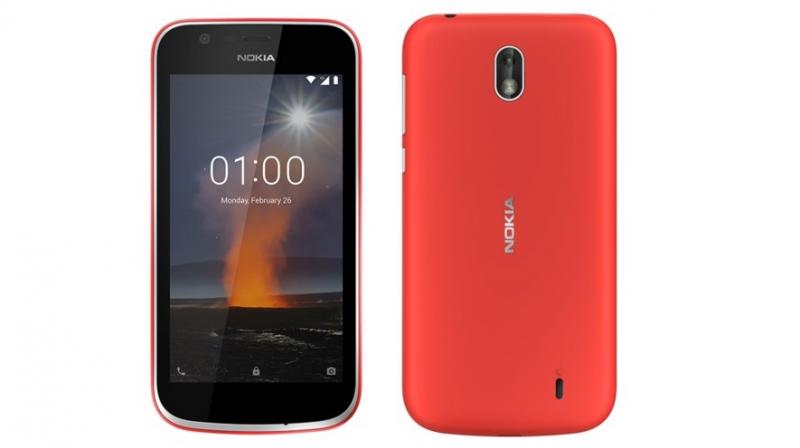 The feature budget smartphone is familiar in design to previous Nokia models and has full access to all the core smartphone apps, which are optimised for lower RAM usage and lesser consumption of data.

The 4G LTE-enabled Nokia 1 is equipped with 1GB of RAM and 8GB of internal storage (also includes microSD card expansion up to 128GB). It runs on MediaTek MT6737M quad core 1.1GHz processor. It boasts 5MP camera at the rear and has a 2MP secondary front camera. On the display front, it features a 4.5-inch FWVGA IPS display. The phone is powered by a 2150mAh removable battery.

The Nokia 1 smartphone comes at an affordable price of Rs 5,499.