The world's first smartphone with a 32 MP pop-up camera is here. 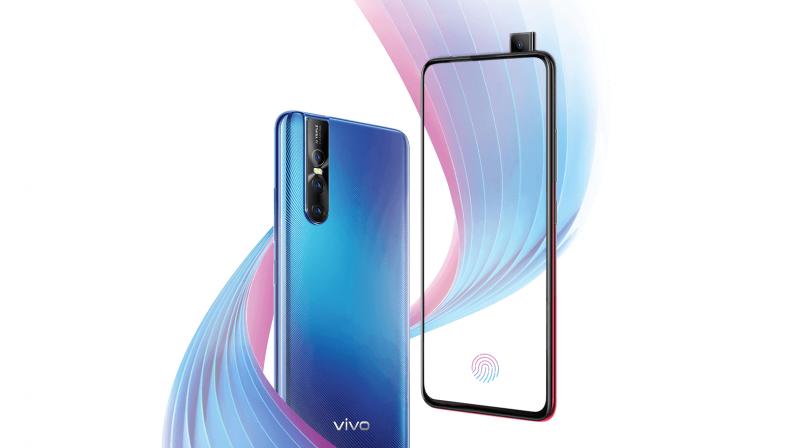 Powered by the Snapdragon 675 AI processor, the V15 Pro is juiced up by a 3700 mAh battery with dual-engine fast charging.

There are two kinds of smartphone brands in the world. One bunch releases variants and models every month, to show off the variety and choice they offer to consumers. The other focuses on one, at best two, blockbuster releases for the year. Vivo is part of the second group, and if its latest release is anything to go by, the brand just introduced a cool new way of taking pictures.

The V15 Pro is the world's first device with a 32 MP pop-up camera. Besides looking very sci-fi when the small camera module ejects automatically as you go to camera mode, a pop-up camera also saves precious real-estate on the screen. The device comes with a 6.39 inches notch-less AMOLED Ultra FullView display, with an in-display fingerprint scanner, with the screen going virtually edge-to-edge.

The front pop-up camera has some cool tech inside it, such as a micro-stepping motor, an independent IC drive, powered by a precision control algorithm, that detects and pops-up the camera in about 0.4 seconds. You can also choose from a variety of sounds to accompany the action of the camera popping out. Complimenting the 32 MP front camera is the AI triple back camera -- a 5 MP lens for bokeh and shot refocus, an 8 MP clicker for wide-angle shots and a quad pixel sensor which churns out 12 million effective pixels for each of your clicks.

Powered by the Snapdragon 675 AI processor, the V15 Pro is juiced up by a 3700 mAh battery with dual-engine fast charging. Design-wise, the device is sleek and thin, with good hand-feel. The metallic back cover houses the rear camera module snuggly. The image and video quality of both cameras are impressive, especially in low-light. With added frills such as AI Body Shaping, Palm Capture and Portrait framing, the device is an ideal buy if you believe in dressing to impress. The V15 Pro captures you in your most beautiful avatar, and while you take that picture, the phone looks like a cool accessory to that special smile of yours. Say cheese to the V15 Pro at Rs. 28,990 (6 GB + 128 GB), available in Topaz Blue and Ruby Red.