The iPhone X lags behind the OnePlus 5T in certain app launch times and RAM management. 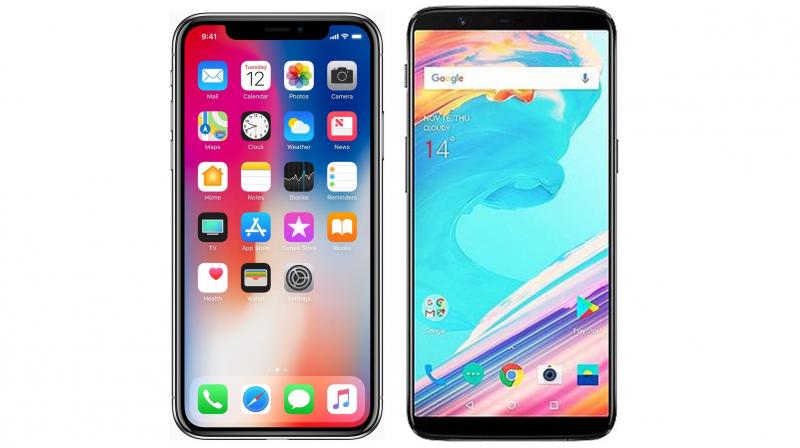 iOS 11 is still showing up bugs for several iPhone models, despite Apple constantly rolling out patches and fixes.

The iPhone X has been in the limelight for all the right (and some wrong) reasons in the recent times. Performance nerds have been terming it as one of the most powerful smartphones to ever exist in the market, with certain benchmarks awarding it highest scores. On the other hand, OnePlus’ latest 5T is also claimed to be one of the fastest Android smartphones currently sold in the market. However, in one of the latest speed test videos by SuperSAFTV, both of them have been locking horns and come out with surprising results.

The speed test involves several app opening times as well as RAM management tests. When it came to the first round, both the OnePlus 5T and iPhone X fared equally against each other. Certain social media apps opened faster on the OnePlus 5T whereas the iPhone X opened games a little faster. The delay between both of their app loading times varies by a few milliseconds.

However, when it comes to the RAM management section, the iPhone X starts loading every app from the scratch whereas the OnePlus 5T resumes from where the user last left. This was surprising as the iPhone X is touted as the most powerful smartphone ever made.

Part of that mixed result has to do with iOS 11’s bugs and issues. iOS 11 is still showing up bugs for several iPhone models, despite Apple constantly rolling out patches and fixes. Speedtest comparisons often depend on the version of the software and several apps on both the comparing phones. The OnePlus 5T hasn’t even rolled out in the market and when it does, a slew of patches and bug fix updates are bound to follow.