2019 saw the launch of a number of stand-out devices including the multi award-winning HUAWEI P30 Series. 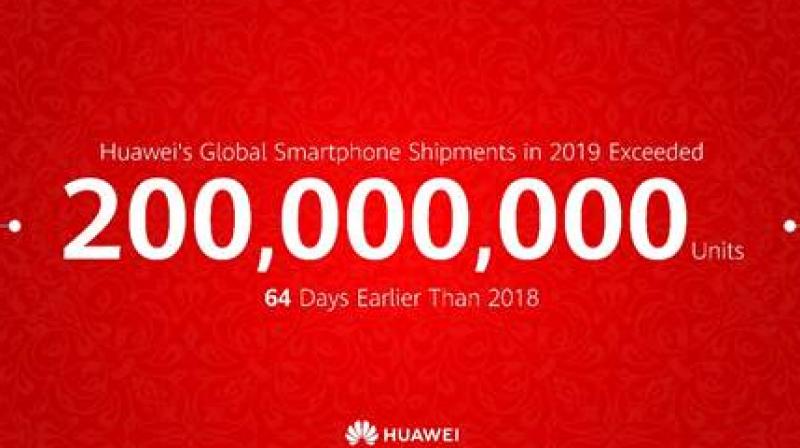 Huawei P30 Pro continues to be a popular smartphone in India.

Huawei Consumer Business Group (CBG) today announced that it has shipped 200 million smartphones to date in 2019, 64 days earlier than the same shipment milestone last year. Huawei’s relentless focus on cutting-edge technology and innovative ID design, with its complete commitment to consumers worldwide, has reinforced their trust and commitment as more consumers continue to support Huawei.

2019 saw the launch of a number of stand-out devices including the multi award-winning HUAWEI P30 Series, widely considered to be the best camera phone currently available, as well as an all-round category leader. Amongst a slew of awards and accolades, the European Image and Sound Association (EISA), a group comprising 55 of the world’s most respected consumer electronics magazines, named the HUAWEI’s P30 Pro “EISA Best Smartphone 2019-2020”, making it the second year in a row that Huawei has claimed this category prize.

Tornado Pan, Country Manager, Consumer Business Group, Huawei India said “India is an important and strategic market for Huawei and we continue to receive overwhelming response from our customers across all our product categories. We closely work with our Indian consumers and bring out innovations that are targeted towards bettering their lives. In fact, many of our premium devices are specifically crafted to cater to Indian consumers’ need, wants and aspirations.  Our latest offerings in the smartphone segment, the Huawei Y9 Prime was an Amazon India best seller and the Huawei P30 Pro continues to be a popular smartphone in India which has garnered admiration from every quarter, for it cutting edge technology, design and stunning photography capabilities.”

More recently, the HUAWEI Mate 30 Series launched to great critical acclaim. Featuring the flagship Kirin 990 5G SoC, DxOMark winning quad camera system with breakthrough SuperSensing Cine Camera and futuristic Halo ring design, the HUAWEI Mate 30 Pro has been called “a genuine, unapologetic flagship phone” by Android Authority while GSMArena stated that “it has some of the best cameras ever found on a smartphone”, once again cementing Huawei’s reputation as an industry leader.

In celebration of the milestone, Huawei announced the Commemorative Edition of HUAWEI Mate 30 Pro 5G. The limited version will come with 8GB RAM + 512GB Storage and will be available in Forest Green and Orange with vegan leather. It will be available for order on Huawei Vmall starting from 1st November 2019 at 10:08 am China time in the Chinese market.