OnePlus may be the first with a 5G smartphone

Co-founder Carl Pei confirms that OnePlus will be releasing a 5G smartphone and they could be one of the first. 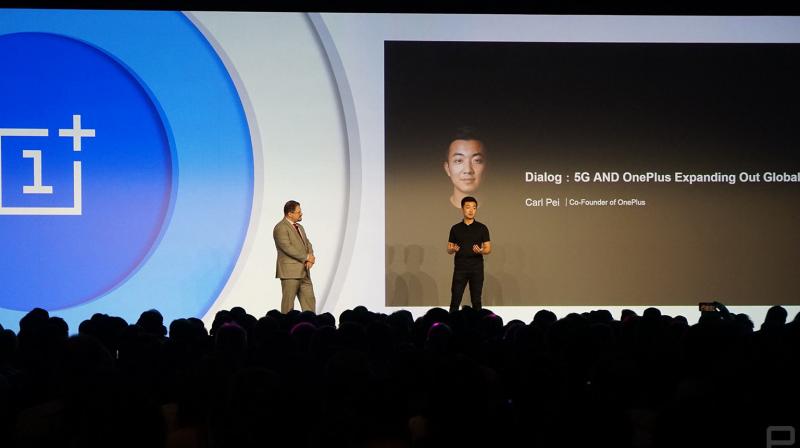 As of now, all eyes are focused on OnePlus with the announcement date of the 6T looming close. The handset is believed to feature some top-notch specs and will replace the OnePlus 6 as their flagship device. However, the 6T is not the only phone being prepared by OnePlus and recently, at the Qualcomm 4G/5G Summit in Hong Kong, the co-founder Carl Pei has confirmed that they will be launching a 5G phone and will also be one of the first ones to have it available in 2019 when this new mobile spectrum becomes commercially available.

As reported by Engadget, Qualcomm’s president Cristiano Amon had confirmed that at least two 5G smartphones were in the works and would be launched next year. OnePlus’ Carl Pei then confirmed that the company will indeed be launching a new 5G smartphone in 2019 and he went on to state that to the best of his knowledge, they will be one of the first, if not the first to introduce such a handset. He also went on to state that his team at OnePlus had already conducted 5G tests at the Qualcomm headquarters back in August.

The report adds that since OnePlus is in the business of only releasing flagship smartphones, you can expect the handset to come with all the best specs that will be available at the time. As per the report, “It’s likely the same product due to arrive in 1H 2019 as teased by Amon earlier, and likewise, it may rely on the Snapdragon X50 5G modem and the further downsized QTM052 mmWave antenna module.”

Now with OnePlus officially confirming that they will be one of the first to introduce a 5G handset, it’s up to the competition now to try and beat them to the world’s first commercially available 5G smartphone.