The leak shows the rumoured smartphone is shown with a thin lip at the bottom, like the Galaxy S8. 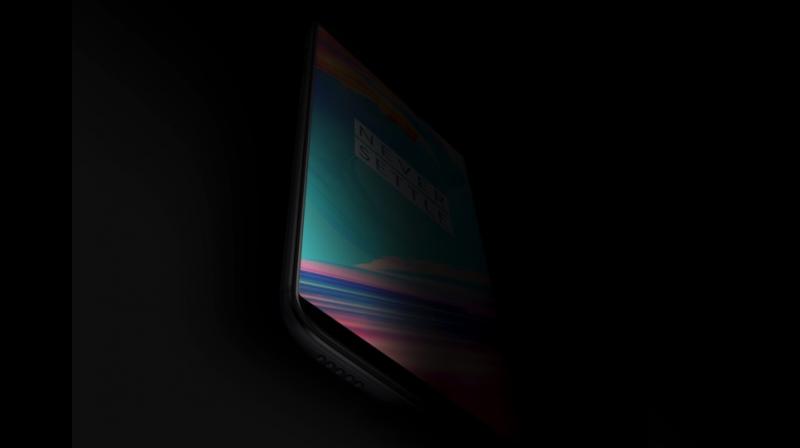 The OnePlus 5T is expected to come with a large 6-inch display, which will be made to fit in the current OnePlus 5’s dimensions.

The alleged OnePlus 5T is currently the hot topic for the world of leaks and rumours. We have seen several pictures of a OnePlus 5 with a thinner bezel on the web and now there’s another one. This time, it's from Android Authority.

The leak shows the alleged OnePlus 5T from the bottom three quarters, flaunting its slim bottom lip, like the Galaxy S8. The image shows a bottom firing speaker but no charging port. The phone also seems to sport a curved glass, like the OnePlus 5. Also, there’s no visible fingerprint sensor. It, however, adorns a new wallpaper, if you were interested in that sort of features as well (pun intended).