The new smartphone come at a price of Rs 999, which the company claims it to be the cheapest smartphone in India. 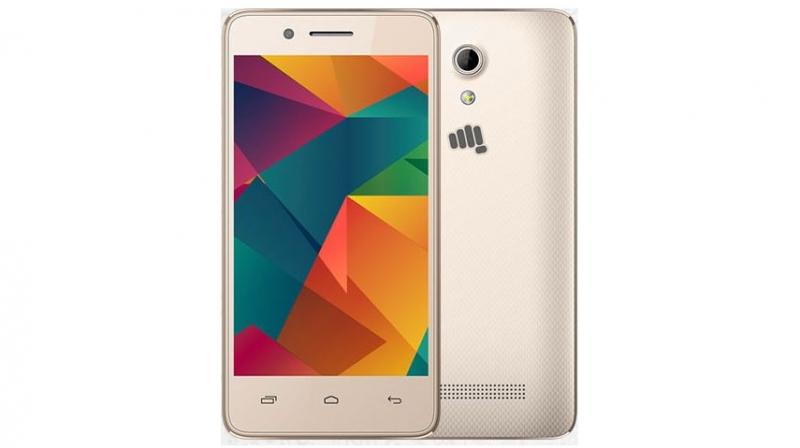 Although Rs 999 is quite an enticing price tag for an Android smartphone, it is not the amount users would have to pay initially.

Although Rs 999 is quite an enticing price tag for an Android smartphone, it is not the amount users would have to pay initially. Bharat-2 Ultra will be up for grabs at Rs 2,899 and users will get a cashback of Rs 1,900 at the end of three years. Bharat-2 users will have to buy a Vodafone recharge pack of at least Rs 150 per month for 36 months, after which the users will be eligible to get Rs 1,900 cash back. The smartphone will be available from the first week of November.

Talking about the specifications, the device features a 4-inch WVGA display and is powered by a quad core Spreadtrum SC9832 processor clocked at 1.3GHz along with 512MB RAM. The device also includes 4GB of internal storage. Speaking of the camera, the handset sports a 2MP rear camera and a 0.3MP selfie shooter. The device comes with camera modes such as scene detection, frame mode and burst shots. The device runs on Android 6.0 Marshmallow and is fuelled by a 1300mAh battery.

“This partnership with Vodafone will help bring in the next phase of smartphone adoption by hand-holding consumers to upgrade them from feature phones to smartphones. We believe that greater device affordability and low-cost data packs will drive increased smartphone adoption, as there is still a huge gap. At Micromax, we want to give superior device experience in an affordable way and Bharat range is a testimony of the same, having already sold more than 2 million handsets," said Rahul Sharma, co-founder, Micromax in a statement.