We are stuck with Lithium-Ion phone batteries for now. So small mercies lie in quick charges. 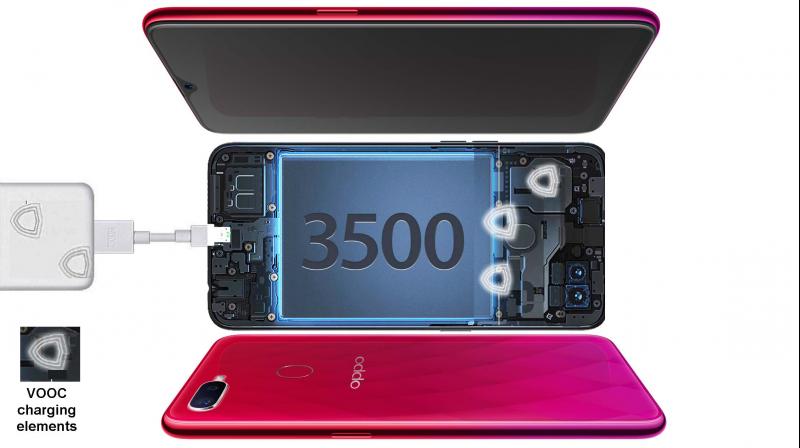 Unless your phone has one of those jumbo batteries of 5000mAh or more, you will still run down your battery within a working day.

The computing power of your mobile phone grows exponentially every year. Memory, storage, camera specs — everything becomes bigger, better by the month.

But there is one laggard: the battery that fuels your handset. It just doesn’t measure up to the demands made by today's users. Remember simpler days when a full charge was good for a week?

Sadly, the technology behind the most popular battery material, Lithium Ion  — a compound of Lithium as the positive electrode, carbon or graphite as the negative pole and a salt of Lithium as the semi-fluid in between — has hardly evolved since the turn of the century. Unless your phone has one of those jumbo batteries of 5000mAh or more, you will still run down your battery within a working day. What has changed is the speed at which one can recharge the phone battery. Different makers follow different paths:  Technologies like Qualcomm's QuickCharge, Oppo's VOOC Flash Charge or OnePlus's Dash Charge, sharply cut the time for a full charge to half an hour or so.

The recent launch of the Oppo F9 Pro smartphone is an interesting response to what customers seem to want: a rapid recharge that will keep them going for a couple of hours.

The proprietary Oppo VOOC low voltage quick charge technology has been beefed up to support a new mantra: "5-minute charge, 2-hour talk". Unlike Qualcomm QuickCharge that increases the voltage for fast charging, VOOC increases current at a relatively low voltage. It has added 5 new layers of security during charging and will kick in, only after checking if the phone is VOOC-ready. This has one plus point: You can use the phone while it is quick-charging. The F9 Pro's battery is medium sized -- 3500mAh which keeps the phone reasonably light at 169 grams.

In other ways this is a 6.3-inch device, with 6GB RAM and 64GB of storage, a hi-power 25MP selfie camera and a 16 MP- 2MP dual camera combo up front... nothing unusual for this product segment. Usefully, both slots can take 4G VoLTE SIMs.

The Oppo F9 Pro costs Rs 23,990, while a non-VOOC F9 with almost similar specs, except the dual camera, is Rs 19,990. This signposts an emerging trend where buyers don't mind paying a bit more just to avoid those battery blues. 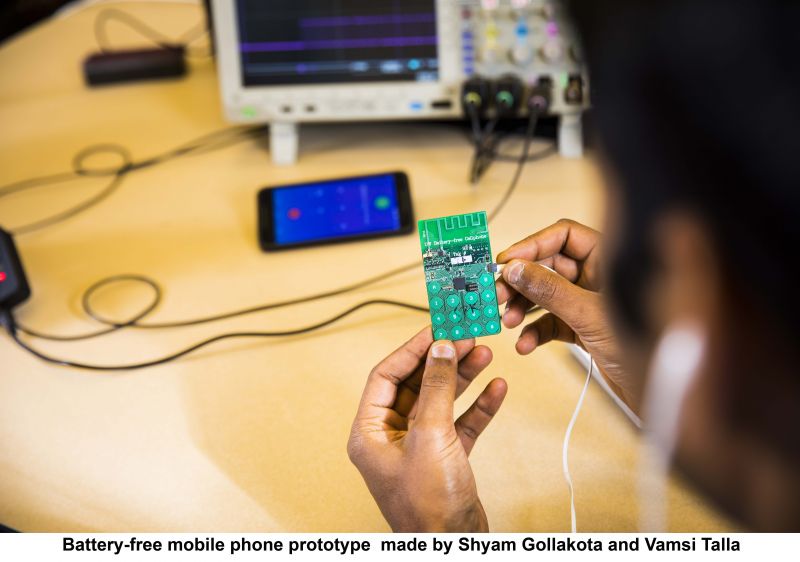 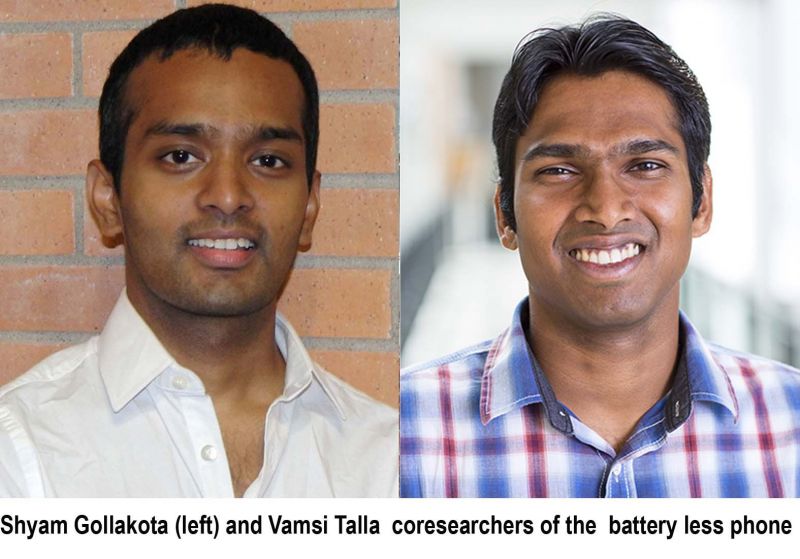 Two Indian researchers at Washington State University (US) -- Vamsi Talla and Shyam Gollakota -- have made the world's first Skype call, from a mobile phone without a battery. They created a prototype battery-free cell phone, that operated on power that they harvested from radio signals coming from a mobile base station about 10 metres away. They supplemented this by harvesting power from ambient light, using tiny photodiodes.

The power they gathered, was still a fraction of what a normal mobile phone needed;  so they eliminated the most power-hungry operations in mobile phones and brought down the requirement to around 3-4 micro-watts. Of course, the method calls for a radical redesign of the smartphone itself. But they believe that the technology could be commercialised in a few years.