Details about the display, storage and battery emerge. 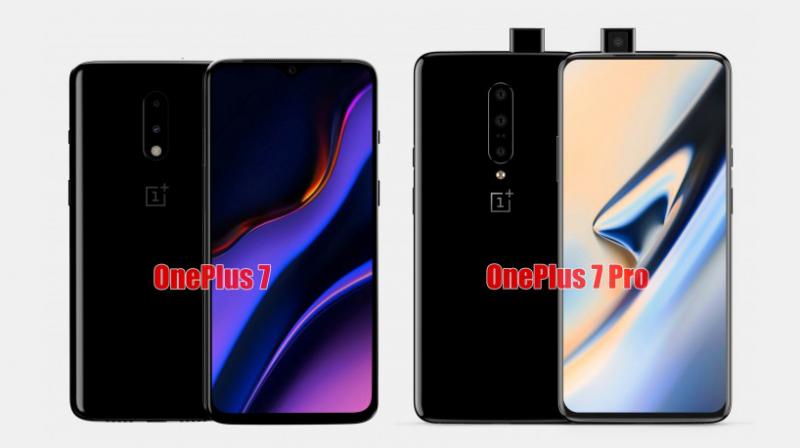 The OnePlus 7 will come with a 6.4-inch FHD+ display while the OnePlus 7 Pro will feature a 6.7-inch QHD+ screen with a refresh rate of 90Hz.

OnePlus has officially announced that it will be unveiling the OnePlus 7 on May 14 and the launch event will e held in New York. Prior to the official announcement, new details about the OnePlus 7 and 7 Pro have leaked online and this time we are greeted with news about the handset’s features such as display, storage and battery.

The camera details of the OnePlus 7 Pro were earlier revealed by Max J, a smartphone tipster. He is now back at it again with some more juicy details about the upcoming handsets. Both the OnePlus 7 and OnePlus 7 Pro will come in two storage options — 128GB and 256GB. The 128GB model will be paired with 6GB of RAM while the 256GB model will be built with 8GB of RAM. There will also be a third variant, a 12GB model and it will come with 256GB of storage. Both smartphones will be powered by a Snapdragon 855 SoC.

The OnePlus 7 will come with a 6.4-inch FHD+ display while the OnePlus 7 Pro will feature a 6.7-inch QHD+ screen with a refresh rate of 90Hz.

Prior rumours suggest that the OnePlus 7 would come with a dual camera setup comprising of a 48MP sensor and a 24MP secondary sensor. That rumour appears to have no weight and now the latest leak claims that it will feature a 5MP sensor instead of 24MP. As of now, no details have surfaced regarding the front-facing camera on the OnePlus 7. However, the OnePlus 7 Pro is believed to come with a 16MP F/2.0 shooter.

The brand is expected to introduce a 5G variant of the Pro as well and currently, it is dubbed the OnePlus 7 Pro 5G. The handsets are expected to launch in Blue, Grey and Brown colour options.