The Twitter image shows the exploded rear panel of the handset, but the battery seems to intact from the explosion. 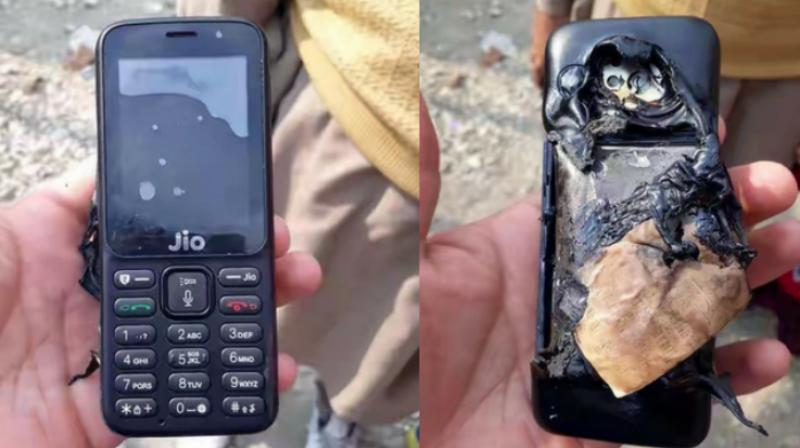 Consumers are still waiting to get their hands on the new Jio Phone and there are already reports about the handset bursting into flames. Last year, there were reports about a Reliance Lyf smartphone exploding as well.

According to a report by technology news website Phone Radar, the Jio Phone mishap happened in Kashmir. The image which was later deleted from Twitter shows the exploded rear panel of the handset, but the battery seems to intact from the explosion.

The front panel also doesn’t show any signs of the explosion. The report also claims to have access to the phone’s charger, and its wire is also supposedly melted. The report also adds that the incident could be a case of intentional sabotage.

“Jio Phones are designed and manufactured with global standards, and each phone goes through stringent quality control process. The said incident has been reported to us. Our initial investigation suggests that this is a case of intentional sabotage. The damage to the device seems to have been intentionally caused. The incident, as well as its timing, has been designed by vested interests to malign the brand. We will take appropriate action based on further investigations,” a Reliance Retail spokesperson said in a statement.

To recall, Jio is planning to deliver a lakh of handsets every day to meet rising demands. About 10 millions of registrations have been recorded with retail outlets, acording to reports. Analysts suggest Jio will be able to sell around 40 million feature phones by the end of December this year.