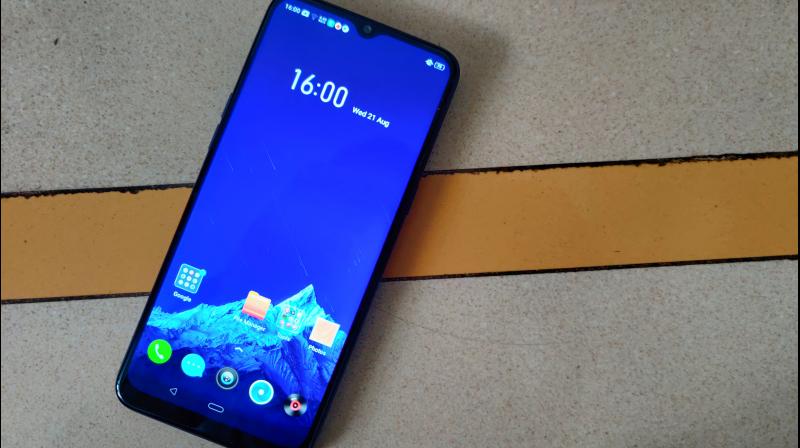 The 6.5-inch screen of the Realme 5 has a 720 x 1600 resolution, but manages to look good with its viewing angles, and 320 DPI density, which is decent for the segment.
Rating:

As long as the market for cheaper, affordable phones continue to exist, the options offered in this segment will only compete to get better, while not compromising on quality. The Realme 5, the lower-end sibling of the Realme 5 Pro is a prime example of just that. The smartphone boasts of a quad camera on the back, a massive 5000mAh battery, and a Snapdragon 665 processor. But does the phone keep up with its on-paper power performance? We review the Realme 5 to find out.

The Realme 5 isn’t the slimmest of phones, and it’s decently heavy thanks to the big battery inside. The design is similar to what most phones have been going with for years now, except the rear which carries Realme’s traditional geometric design but also doubles as a terrible fingerprint and smudge magnet. While the design isn’t groundbreaking, at least not in this colour variant, it serves the purpose, considering it is a budget device, which does focus on aesthetics, but not more than functionality.

The top of the phone is clean like we see on many phones these days. The left has the SIM ejector, and the volume rocker keys while the right has just the power button. The buttons follow the beautiful colour scheme of the device but are wobbly and have a delicate feel to them. Everything else including the beloved headphone jack, primary microphone, speaker grille lies on the bottom edge. 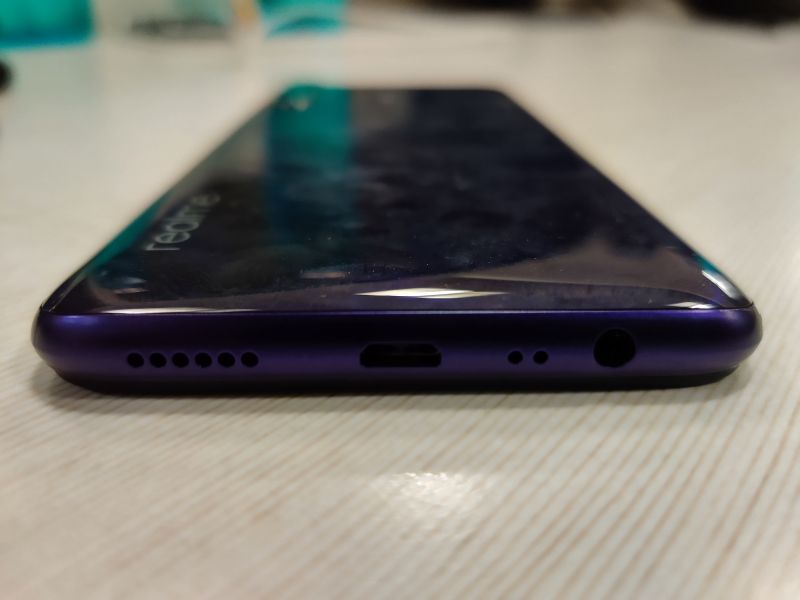 The fingerprint sensor of the phone goes on the back, below the camera, and is super fast and accurate. 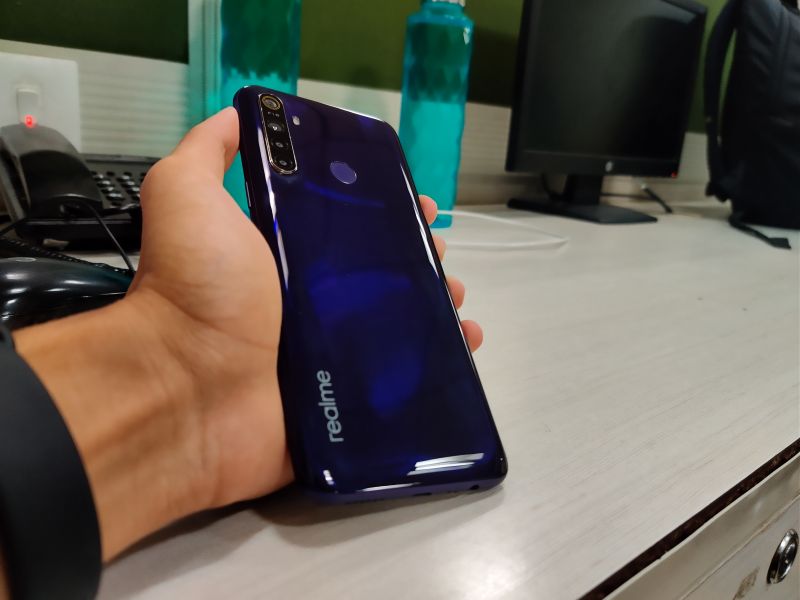 The front of the phone looks great but the small waterdrop notch on the top prevents the phone from providing a fullscreen experience, but it makes sense because it probably isn’t possible to implement a pop-up/rotating camera at this price. The chin on the bottom of the phone is a little more pronounced than the slim top bezel.

The 6.5-inch display of the Realme 5 has a 720 x 1600 resolution but manages to look good with its viewing angles, and 269 PPI density, which is decent for the segment. This isn’t an AMOLED screen, but we didn’t expect one either. It, however, is surprising to see a 10-point multi-touch display at this price.

The Realme 5 doesn't cut costs on basic features like the 10-point multi-touch. 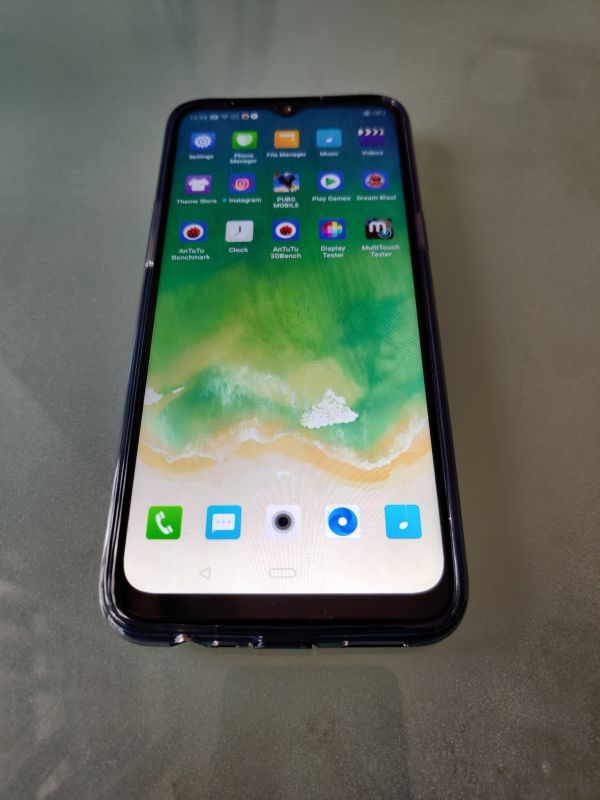 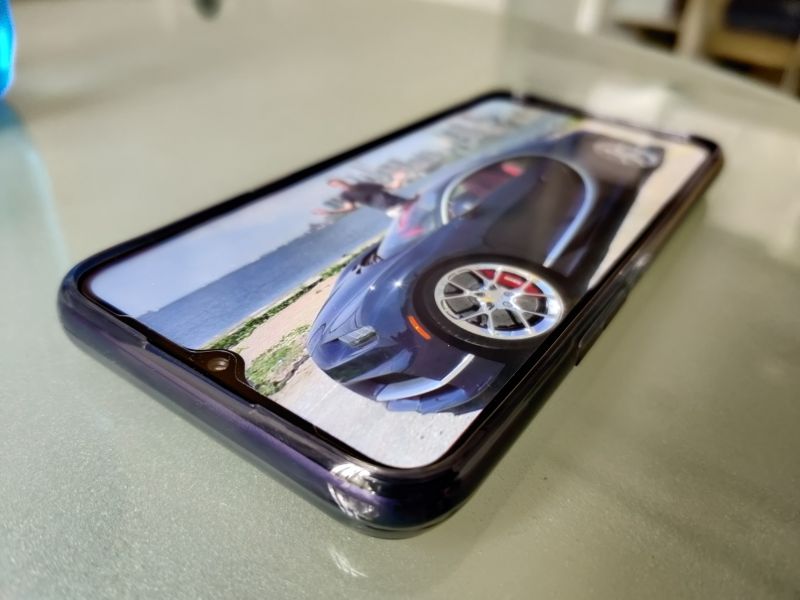 Colours looked vivid on the screen and we noticed the maximum brightness was decent as well.

The Realme 5 runs on Android 9.0 Pie bundled in with Oppo’s ColorOS interface. There have been talks of Realme soon moving to their own Android skin because the OPPO one ‘restricts’ the brand from bringing in features that fans demand. However, we are not sure if the budget Realme 5 and Realme 5 Pro will be a part of these big makeovers. This may also affect the phone’s update cycle. While Pie still is the latest Android version out there, it won’t be for long. Whether Android Q will come to the device remains in question.

Regardless, the ColorOS software lies on the heavier side of custom Android skins. While it does look colourful and has its own theme-store for further customisation, the interface isn’t for everyone and both OPPO and Realme has faced flak before for the ‘childish’ looking icons, notification bar and other elements.

There are things we appreciated, like the notification bar brightness slider that tells you when your brightness is high enough to hit the battery life. There are other elements we didn't like the lock screen code which requires a minimum of 6 digits instead of the usual 4. The bloat that comes with the phone is minimal, but an App Market, and a few suggestions in the app drawer cannot be removed.

Also questionable are the many themes that change the wallpapers, icons, lock screen, but not the notification panel and the in-app interface for system apps, like the settings. That feels pretty restricting when you use an Android device. There are other brands with heavy custom skins and a theme store that actually changes how the interface looks, and both OPPO and Realme should take notes.

Boasting a quad-camera setup, which is a major highlight of the device. We found the camera quality to be decent for the price. Photos taken outdoors are considerably better than indoor shots, which attract a lot of noise. 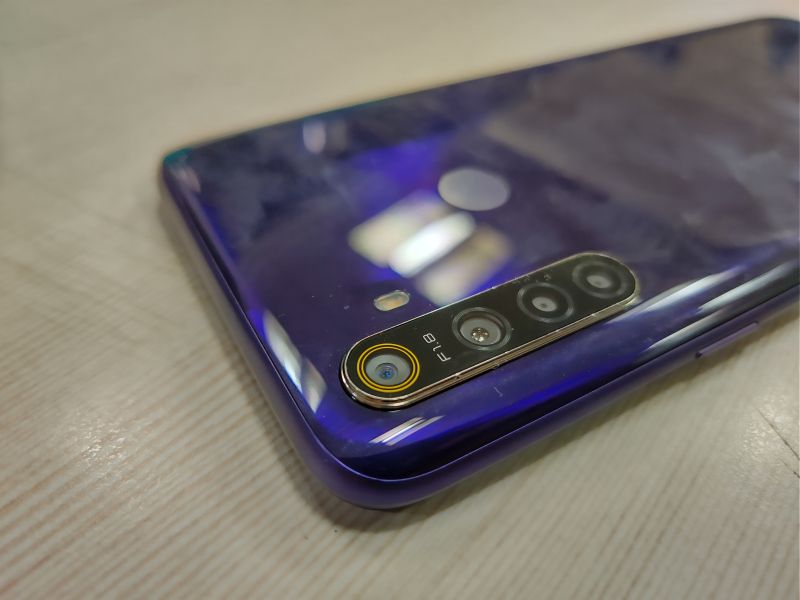 The primary f/1.8 12MP lens takes good pictures. There is PDAF and it works just fine in the default mode.The colours were good, and a properly focused shot maintained details well. 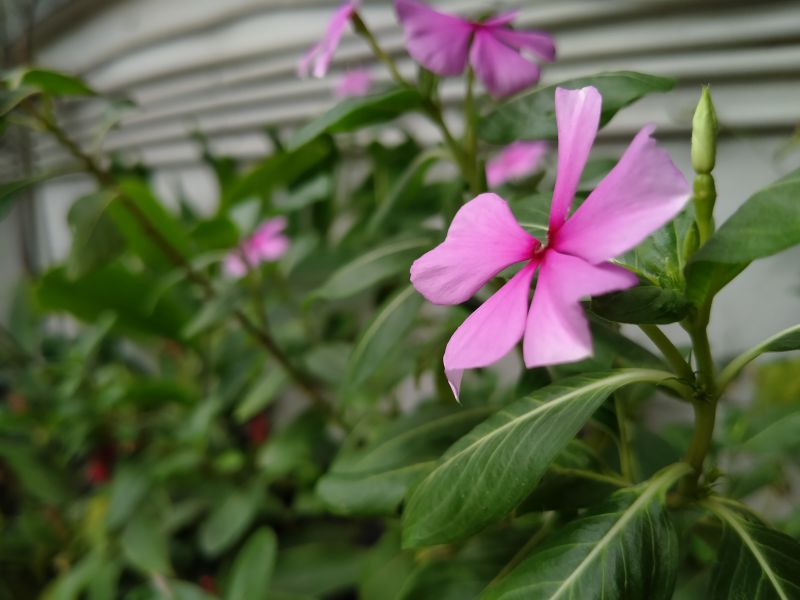 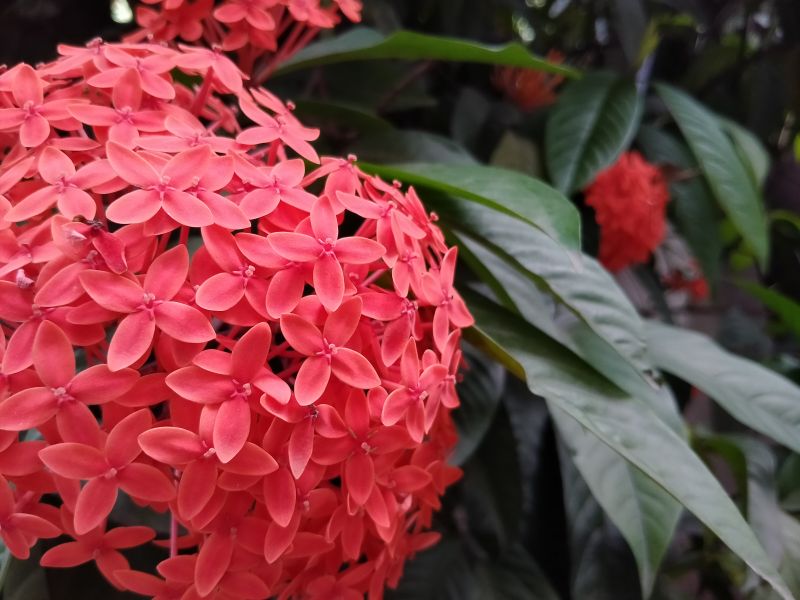 The primary sensor and the 2MP depth sensor work hand-in-hand to give you well-focused shots in the default mode. When subjects are closer, the default mode blurs the background just right to give you that natural-looking depth-of-field effect. The same on the portrait mode looks a little overdone. 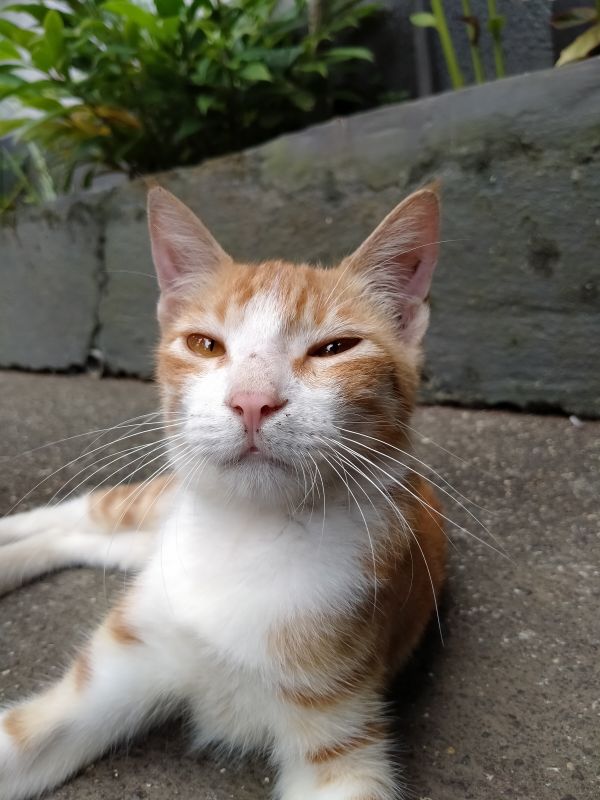 The f/2,25 8MP ultra-wide lens has a nice 119 degree wide-angle but often lacks on getting the details right. which is a problem with most ultra-wide angle sensors. The wide lenses are primarily used for landscapes and say, a crowd of people, areas in which the small lack of detail don’t matter as much. That being said, having ultra-wide sensor in this segment is a big thumbs up. Nothing beats the plain functionality of having an ultra-wide lens on your phone. 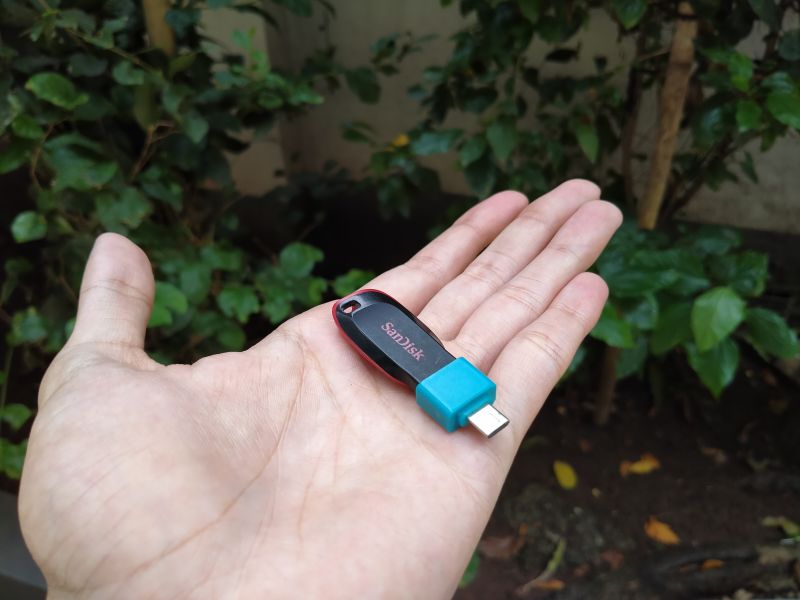 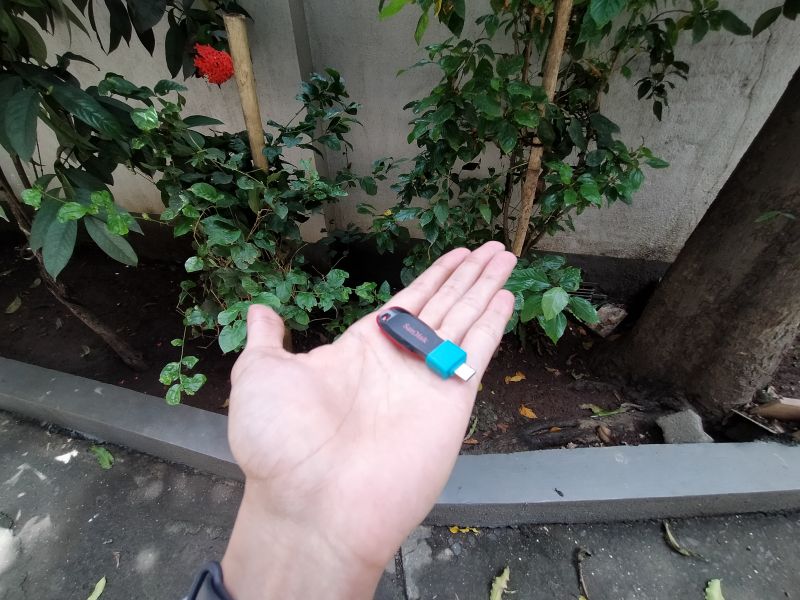 The ultra-macro sensor turned out to be useful but the quality you get off it isn't as great as we thought it would be. While it does get you detailing on closer subjects that the main lens cannot focus on, it requires the phone to be very stable to avoid any shakiness affecting the shot. 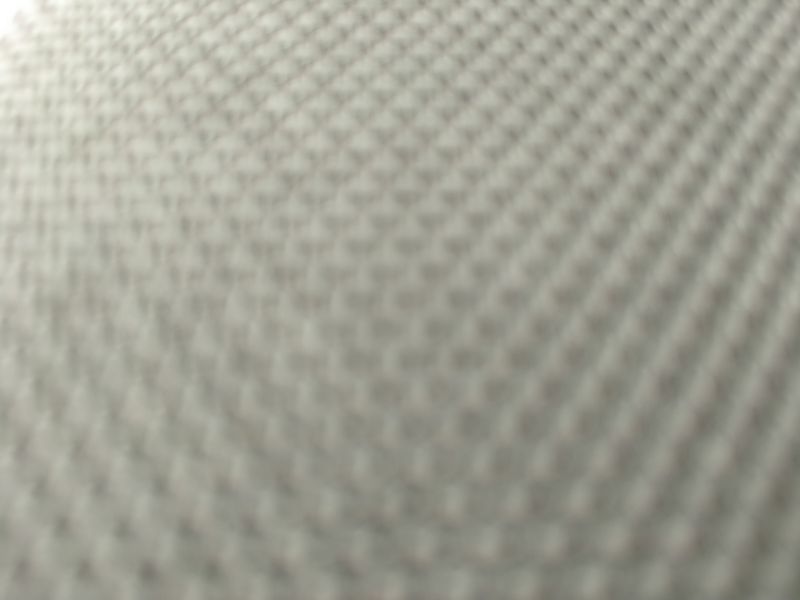 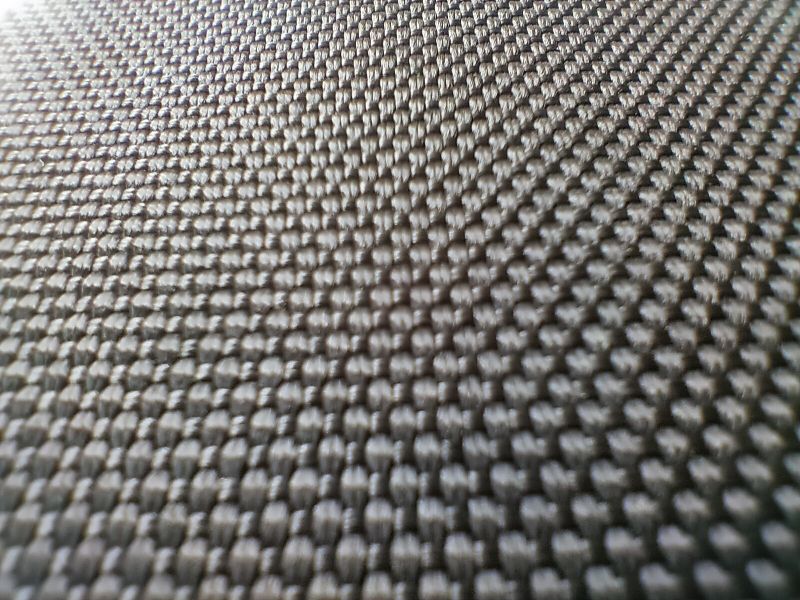 The Ultra-Macro lens makes a huge difference on macro shots but requires the phone to be very stable.

The 13MP front camera, on the other hand, is a whole different story and provides great images. The focusing is quick and usually on point and the portrait mode is fast and accurate. 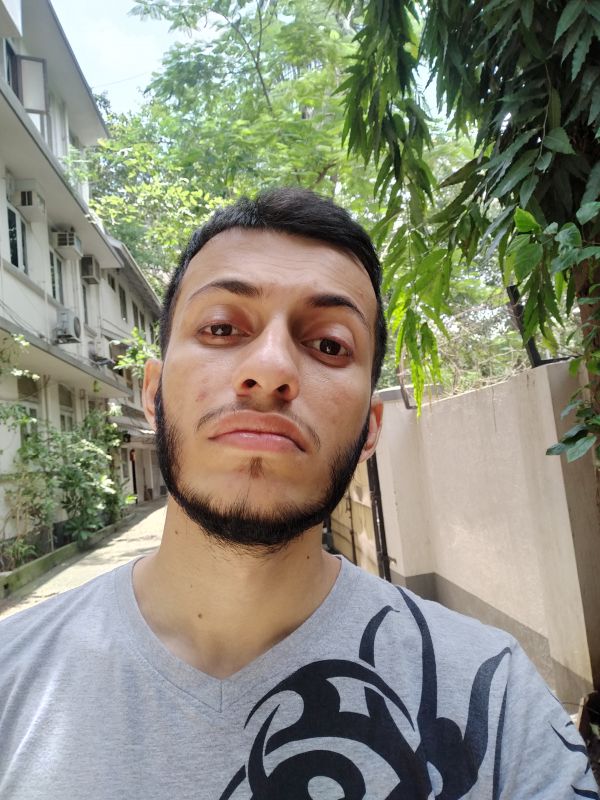 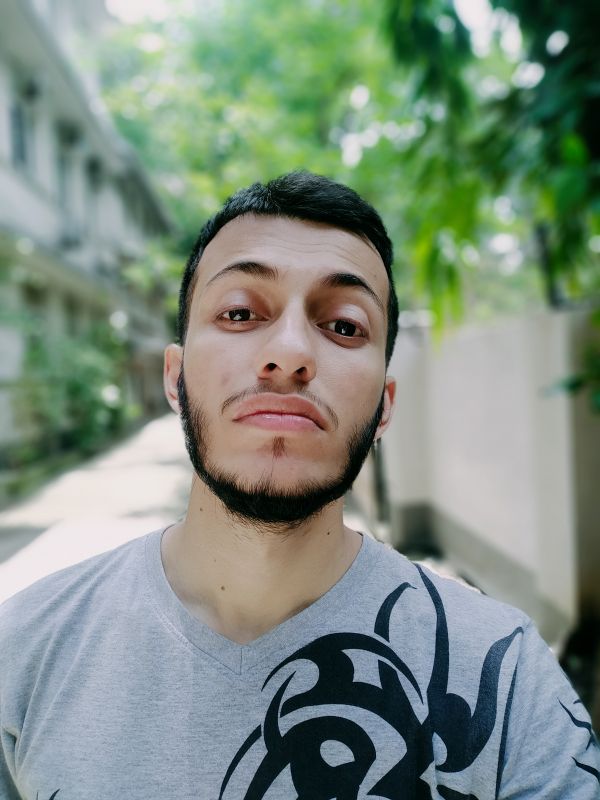 A regular selfie in outdoor lighting vs a portrait mode selfie.

The best part of the Realme 5 camera is its app. The camera interface is neatly arranged and easy to use and offers features that are unseen at this price point. The app auto-detects various scenarios like ‘indoor lighting’, ‘green plants’, ‘bouquet’ and more auto-set the best values for you. Then there is the great chroma-boost feature that almost magically fills in pictures with vivid colours. You even have the ability to lock the exposure by long-pressing when you focus, resulting in no exposure fluctuation while taking pictures and even in videos. 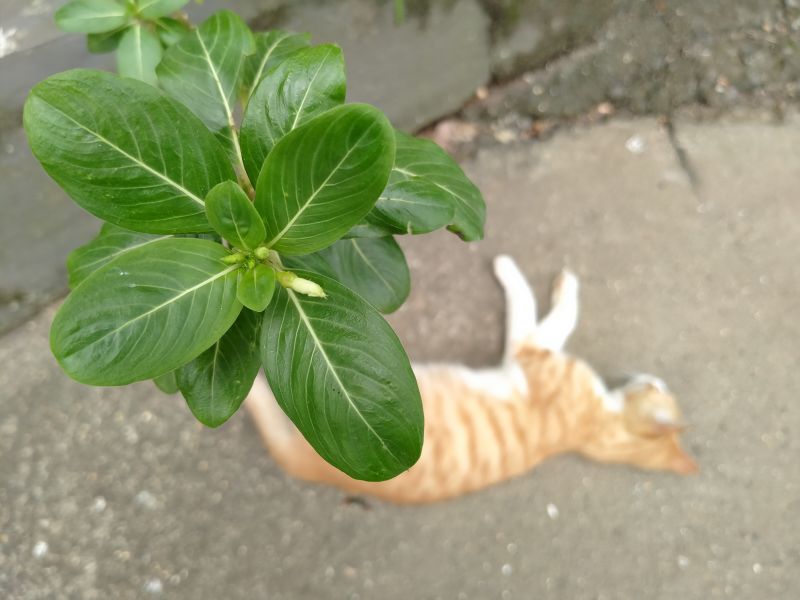 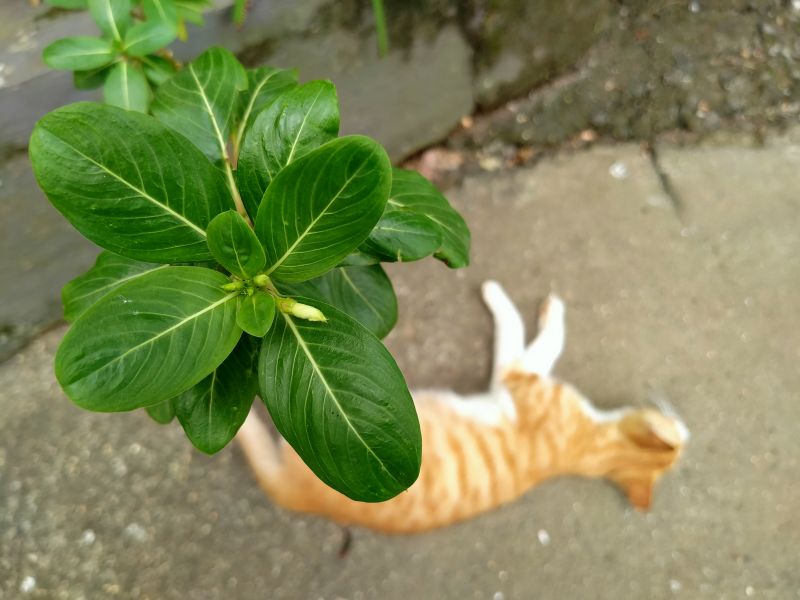 A regular photo vs one with Chroma-boost turned on 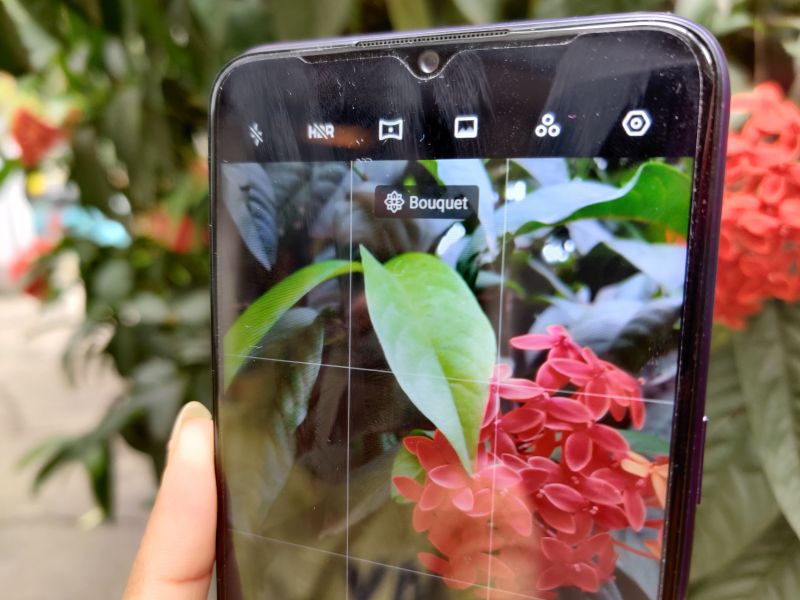 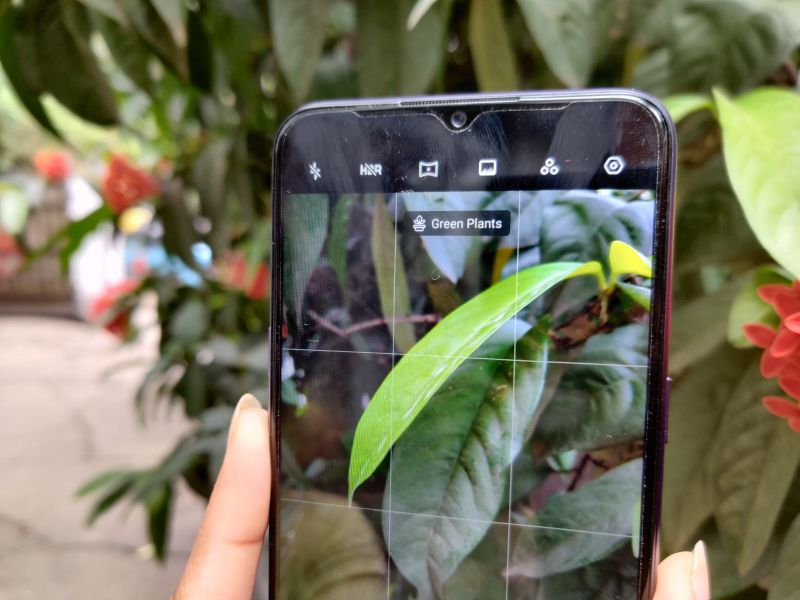 The phone is the first one to use a Snapdragon 665 octa-core SoC, which is clocked at 2.0Ghz. The variant we have is the 4GB+128GB one. The phone is mostly snappy and switches between apps fast. The transitions and animations actually feel so smooth that you may mistake the effect for a slower performance, but that isn't the case.

That being said the performance on the phone is snappy and the RAM management was actually pretty good, where even a large number of simultaneously open apps didn’t mean a quick restart of the first app when we switched back to it. The phone maintains an Antutu score of 139095 and that’s not bad at all for a budget phone at all.

Budget phones aren’t really great when it comes to gaming, and for good reason, the low RAM and mediocre processors usually translate to below average performance in games, with light titles working just fine but big, resource-heavy games sucking the life out of the budget devices. The highest variant of the Realme 5 however, can deliver. 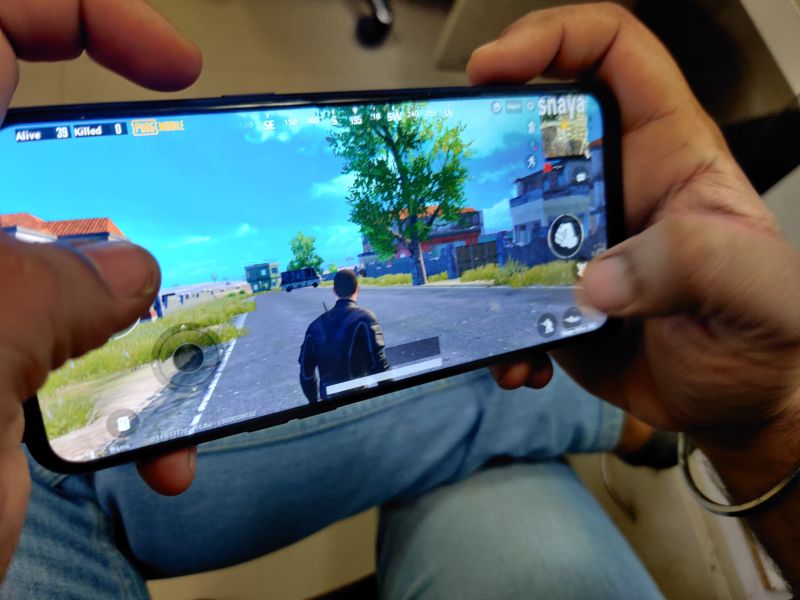 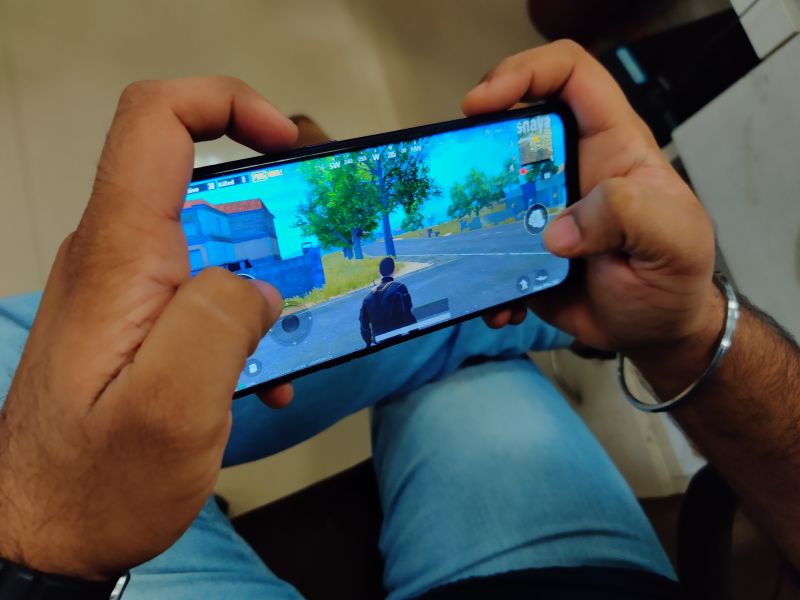 The Snapdragon 665 with 4GB RAM and Adreno 610 helps the phone run even the heaviest games like PUBG. Though you cannot play on framerates higher than the 'Medium' setting, gameplay on lower settings was good. There was no lag or frame-drops. There is a gaming mode that makes things a little better by helping focus the phone’s resources on the games.

The Realme 5 is proof that more and more devices that hang between the budget and lower mid-range segment are getting more powerful. Our unit delivered good bang for buck when it came to performance, considering it costs Rs 11,999. There is also a cheaper variant that costs Rs 2,000 lesser that comes with 3GB RAM and 32GB storage.

The Realme 5 let us down on very few occasions, most of which had to do with the ColorOS software and the camera's indoor performance. That being said, this is still a decently powered phone and remains a great addition to Realme's value for money handsets.