The OnePlus 8 Pro has already thrown down the gauntlet for the best Android smartphone of 2020. 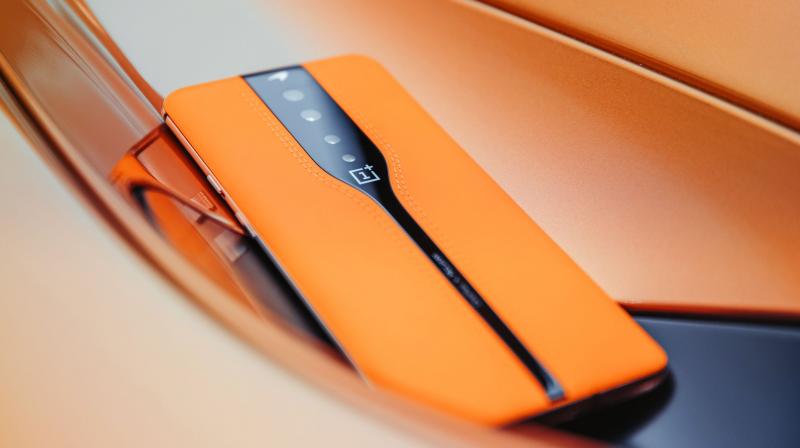 The OnePlus 8 Pro could be the stand-out handset of the year. (Photo: Concept One)

Looking ahead in the coming months, there is a lot to be excited about. Samsung will launch its line-up of S20 devices which will set the tone for 2020. A bit later, OnePlus is expected to announce the OnePlus 8 Pro and this is arguably the most exciting device that will launch in the first half of the year.

There is no doubt that Samsung will launch its products with enough tech that will leave no one wanting more, but somehow when OnePlus does the same, the entire world stops and stares; and this is mainly due to the attractive price points they launch their smartphones at.

So, 2019 was a different sort of year for OnePlus and instead of releasing one device in its bi-annual refresh, the Chinese-based smartphone giant launched two new models with a clear emphasis being on the Pro version in the first half of the year. This allowed the vanilla OnePlus 7 to come with incremental upgrades over the OnePlus 6T and it made sense for the brand’s bottom line. In the latter half of the year, OnePlus switched its tactics once again and put emphasis on the 7T and debuted it with cutting-edge features while giving the 7T Pro an incremental upgrade.

So, if OnePlus follows its 2019 strategy, we could be seeing the presumably named OnePlus 8 Pro coming with the breakthrough tech all the while giving the OnePlus 8 a modest upgrade. And that’s why the OnePlus 8 Pro is the handset we will be most excited about coming from the smartphone brand that has grown so fast in such a small span of time.

The feature that will get the most amount of traction with users the world over will undoubtedly be the Fluid Display technology that should up the display’s refresh rate to 120Hz. Last year, OnePlus introduced the 90Hz display on the 7 Pro and it was a huge success which prompted the brand to shift a lot of units. With a 120Hz OLED, we can see this to be OnePlus making a sizable dent in the market once more.

Earlier this year at CES 2020, OnePlus dropped a huge bombshell in the form of the Concept One device. This handset made use of an electromagnetic glass design that concealed the rear camera setup when not in use and only got revealed or activated once the cameras were employed. If OnePlus adds this feature on its OnePlus 8 Pro, they will be effectively throwing down the gauntlet to every other smartphone manufacturer out there when it comes to adding cutting-edge design. However, we aren’t convinced that it is ready for prime time just yet and it could feature on a OnePlus handset at a later date.

Lastly, an area where OnePlus has continually gone from strength to strength is in the imaging department. And this year we expect it to be no different. OnePlus may make the shift to a quad-camera setup on the rear and at the same time work on the software aspect of it to deliver a much better camera experience than what’s already available. Also, OnePlus may work on the front-facing camera of the OnePlus 8 and if recent leaks are anything to go by, then we could see a dual-punch-hole cut-out up-front.

These three features combined with a Qualcomm Snapdragon 865 SoC with the X55 5G modem, improved RAM and a high-resolution display could effectively propel the OnePlus 8 Pro to the top of the leaderboards.