Taking note of its earlier experience of handing out the phone, Samsung has issued directives about handling the one-of-a-kind Galaxy Fold. 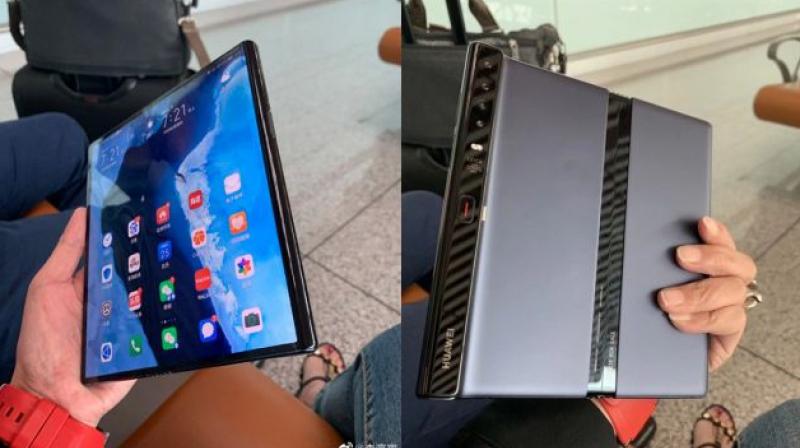 The South Korean technology giant gives users specific instructions such as to keep the phones away from magnets, dust and small particles to preserve its performance. (Photo: Weibo)

If one remembers, the Samsung Galaxy Fold first launched in April this year to be returned by multiple technology reviews and journalists from hardware damage. This was after very light usage they had all claimed, following which Samsung issued a statement and withdrew its fold phones, to rework and relaunch them, this month.

Launching earlier this month in South Korea and parts of Europe, was a sturdier version of the phone as Samsung had indicated.  However, taking note of its earlier experience of handing out its phone, Samsung has now issued directives about handling the one-of-a-kind Galaxy Fold Phone.

In a new video on Samsung’s Youtube Channel, the South Korean technology giant gives users specific instructions such as to keep the phones away from magnets, dust and small particles to preserve its performance. It also says that the phone has to be kept without an additional screen protector since it already has one on its own, as well as that the display has to be touched gently. Not only this, ending it on a good note, the company reassured users and future buyers, that Samsung will also provide it with ‘Galaxy Fold Premier Service’. This was so they could have ‘the complete experience’.

You can watch the video below-

The foldable smartphone, comes with no IP rating and hence is very susceptible to damage from elements of nature. A delicate phone, reviewers had earlier managed to simply peel its screen off and debris had entered and destroyed another phone.

Today,m the phone comes with two screens, one of 7.30-inches and another of 4.60-inches. It also comes with a decent enough battery life of 4,380mAh  and a massive 12GB of RAM.