Apple’s AR headset will be one of a kind, reveals patent

The head mounted display will rely on holographic display to make headsets slimmer. 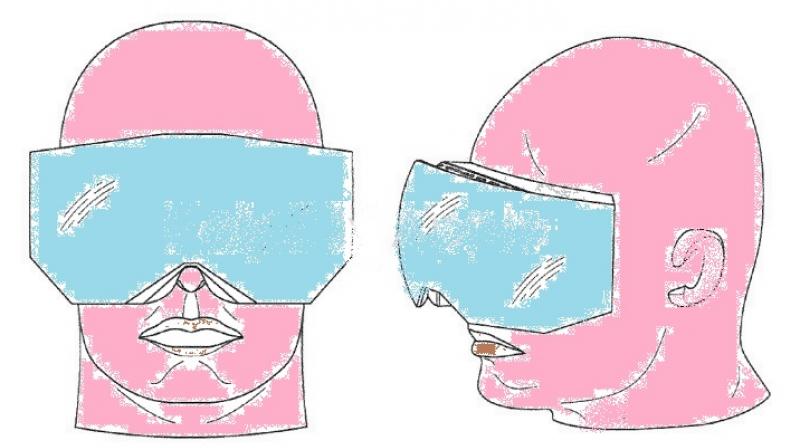 The market is riding high on the concept of Augmented Reality these days. Various tech giants such as Microsoft, Xiaomi, Facebook, and others have come up with AR headsets that claim to deliver new immersive experiences in novel digital worlds or fusing the virtual world with the real one. The only issue is that AR headsets are very bulky and are often restricted to usage in homes only. However, Apple is working on a solution already and their patent confirms that.

In one of the patents discovered by Patently Apple, Apple is working on a head-mounted display system that will support AR and VR content. However, the device will generate 3D images in reality, i.e. holographic images. The new system will include several sensors that will track the motion of the eyes as well as the surrounding and generate the images accordingly so that the user sees the images in real 3D. The sensors will create an illusion of a real image by putting far objects in a distant image plane and closer objects in a real image plane. In plain English, you will be able to look ‘through the headset in real 3D.’

The headset will consist of an additional array of sensors that will aid other usage scenarios such tracking on the map via GPS, searching for a place in real-time through AR apps, play a game based on the real world and much more. It will also have Apple’s Siri voice assistant at disposal for all the searching requirements. The headset can also be plugged into an external device and feed-in images to the 3D display.

Looking at the way the technology is described in the patent, it could take Apple a while to get this out in the market. The company will make sure that all the arrangement should fit in a sleek package that’s practical in the real world. If launched in the near future, it would change the game of the AR headset industry and could be the most revolutionary wearable after the smartwatch.