These photos won at the 2018 iPhone Photography Awards

Winners were selected from thousands of entries submitted by iPhone photographers from over 140 countries. 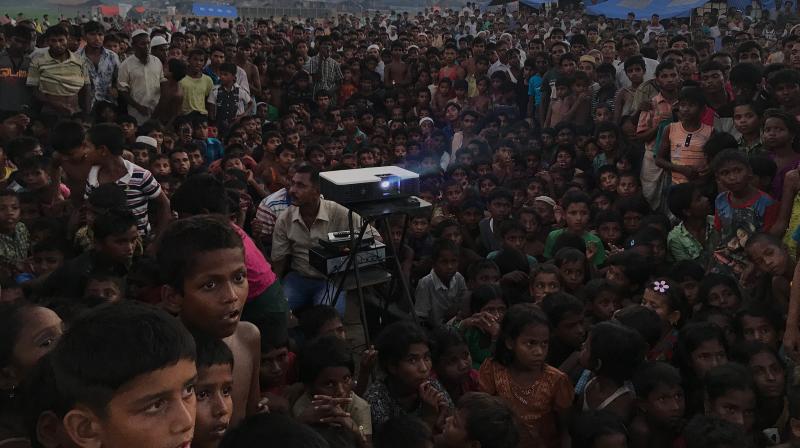 The Grand Prize Winner Photographer of the Year Award goes to Jashim Salam of Bangladesh.

The iPhone Photography Awards has announced the winners of the 11th Annual Awards. This year’s winners were selected from thousands of entries submitted by iPhone photographers from over 140 countries around the world.

Jashim Salam is a documentary photographer based in Bangladesh. He has graduated in photography from Pathshala, the South Asian Institute of Photography and Media Academy with a Post Graduate Diploma in Visual Journalism. Jashim’s schooling was made possible through a scholarship program of the World Press Photo at the Konrad Adenauer Asian Center for Journalism (ACFJ) at Ateneo De Manila University in the Philippines.

Alexander Weber is a 47-year-old anthropologist, studying the history of art. He travels a lot and takes pictures with his iPhone.

Photo: Baiana in yellow and blue
“The picture was taken in Salvador de Bahia, Brazil, spontaneously, after a truck drove by. The woman with traditional clothes of a “baiana”, was looking after the truck, during her work break.”

Huapeng Zhao is a documentary and landscape photographer from Shandong Province, China, taking iPhone photos each day to record the touching and interesting moments of life.

Photo: Eye to eye
“I met this boy while walking at the seaside. When I was trying to take a picture of him, he put the fish he caught in front of his eye.”