Apple’s AR glass could be ready for a 2021-end launch, claims analyst

It’s predicted that Apple will be pushing AR through its 2018 iPhone lineup, leading to a 2021 AR wearable. 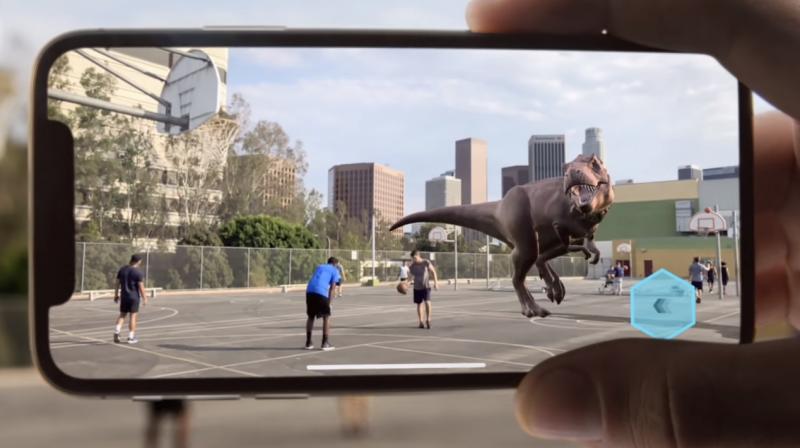 Apple will move towards its AR wearable goal in a phased manner. (Photo: Apple)

Last year, Apple took a drastic leap into the future with Augmented Reality embedded into their iOS 11. Since then, the development of AR apps on the App Store has gained momentum. Apple’s 2017 iPhone lineup also specialised in AR-focused optics to aid better experiences. Now, an analyst predicts that going by this rate, Apple could be moving towards AR specialised products, starting with AR glasses.

Analyst Gene Muster believes that Apple’s AR strategy is a planned one and will be initiated in full force starting with this year’s iPhone models. We expect Apple’s AR theme to play out in three phases. “First, this fall we expect 2 to 3 new iPhones to join iPhone X with advanced optics for AR (VCSEL arrays). Second, AR apps built using ARKit will slowly become the next gold rush for developers, led by games, e-commerce, and education. Last, we expect Apple will release Apple Glasses late in 2021,” writes Muster in his report.

Therefore, it’s expected that Apple will move towards its AR wearable goal in a phased manner. However, Muster says that Apple won’t be hurrying things anytime soon as the market isn’t ready for a product like that. Augmented Reality applications and services are still in their nascent stage and it will take some years for both the hardware as well as the software to mature for reaching a standard that Apple can consider to be fit for its consumers.

On the other hand, Apple’s existing wearable lineup is expected to bring in a decent profit. The demand for Apple Watch is expected to increase over the coming months and could end up bringing $11 billion as profit for the Cupertino giant. Additionally, Apple’s AirPods is also expected to catch up with the market and add into the numbers by the time the AR glasses are ready.

The milestone iPhone models are expected to be unveiled this September. This year, Apple is expected to unveil a successor to the iPhone X as well as roll out a ‘Plus’ version of the same with a  bigger 6.5-inch OLED display. Additionally, there will also be an affordable iPhone with a FaceID notch on top of its LCD display.