There are now assembly videos for the devices, as well as official repair manuals 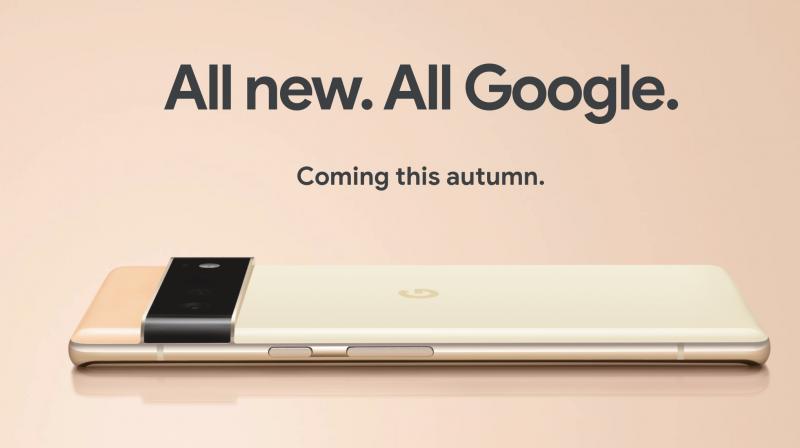 Nothing has really managed to leak quite like Google's upcoming phones in recent memory. (Photo: Twitter/@madebygoogle)

Washington: There are leaks and then there are massive leaks, like the recent spill that revealed basically every detail about the Pixel 6 and 6 Pro, prior to their official unveiling on October 19.

According to GSM Arena beyond that still, nothing has really managed to leak quite like Google's upcoming phones in recent memory. There are now assembly videos for the devices, as well as official repair manuals.

It hardly comes as a surprise that recently a couple of official ads for the Pixel 6 and 6 Pro have been uncovered as well.

These don't really offer any new info, as other than actually testing out the new and exciting Google-designed Tensor chip, all of the info on both handsets is already available.

What the clips do offer is yet another nice look at the design of the pair, including highlights like the curved display on the Pro, compared to the flat panel on the vanilla Pixel 6.

Another thing the ads make clear is Google's justified marketing focus on AI for the Pixel 6 pair. The ads show exclusive features like Magic Eraser and Live Translate, while also emphasizing on security, highlighting things like Security Hub and the offline, on-device nature of most of Google's AI features.

While people wait for October 19's Google event, they can sift through the extensive backlog of Pixel 6 leaks for themselves, as per GSM Arena.