The ZTE Axon M is a foldable smartphone with two displays and flagship specifications from last year. 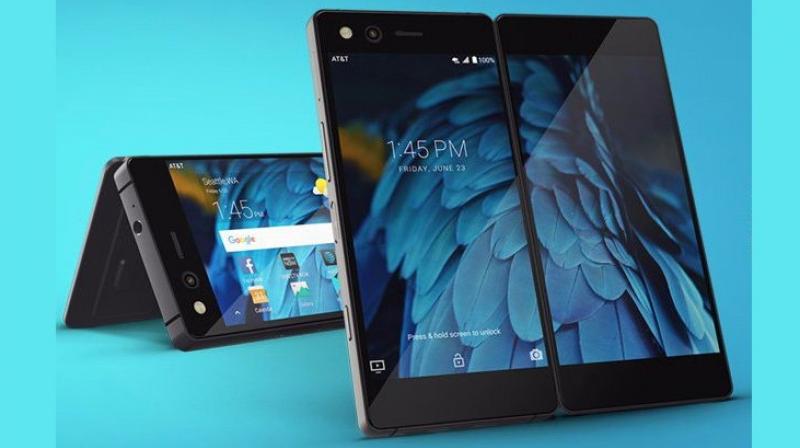 There’s a 20MP rear camera with f/1.8 aperture that also doubles up as a selfie camera.

The trend for revolutionising the display of the smartphone has been the top priority for manufacturers since the last few years. Samsung has been experimenting with curved displays whereas Xiaomi initiated the trend for displays with minimal bezels. The next in line are foldable displays and while Samsung is hard at it, trying to make it fit in a crowd of conventional smartphones, ZTE has unveiled a foldable smartphone. However, it’s rather a very simple idea that could have been implemented ages ago on a smartphone.

The smartphone is built around a Snapdragon 821 chipset accompanied by 4GB RAM and 64GB storage. Both the displays are protected by Corning Gorilla Glass 5. There’s a 20MP rear camera with f/1.8 aperture that also doubles up as a selfie camera. The smartphone runs on Android 7.1.2 Nougat and is fuelled by a 3180mAh battery aided by Quick charge 3.0 fast charging technology. Although ZTE hasn’t announced the price for one of these, it will be interesting to see whether this concept takes the smartphone in a different direction or not.