How Samsung took a dig at OnePlus 6, iPhone 6

The latest Galaxy S9 commercial and the #WhySetttleJustForSpeed campaigns are Samsung’s attempt at robbing attention towards its flagships. 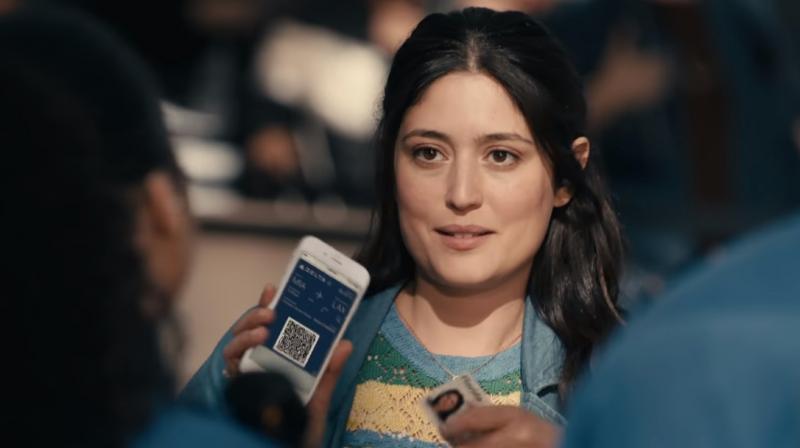 Samsung is at its best when it comes to trolling. (Screenshot: Samsung)

If there’s one company that doesn’t leave a single opportunity to troll Apple, then Samsung immediately comes to the forefront with its fun-poking commercials at the latest iPhone models. A few months ago, Samsung took to YouTube to troll the latest iPhones, showing that their Galaxy Note 8 is presently the latest in the world of smartphones with all the flagship and convenient features. Now, Samsung has done it again — this time targeting not just an iPhone, but even the recently launched OnePlus 6.

Samsung’s latest commercial on YouTube involves teasing the iPhone for its slow speeds. No, there’s no mistyped word here — Samsung is referring to the performance throttling debacle that Apple was involved in a few months ago. The commercial refers 2014’s iPhone 6 — a model that was one of the worst hit models with the performance throttling issue, for setting the reference point. The user is shown getting affected by the throttled speeds on the iPhone 6 — she has to wait for the iPhone for loading her boarding pass, prefers to keep down the iPhone when it takes lots of time to load the music app and lastly misses an UBER cab. Frustrated, she heads over to an Apple store for enquiring about a fix, to which she is asked to upgrade to a newer model. All throughout her misery, the lady keeps noticing a Galaxy S9 doing all the same things without breaking a sweat, which is why she finally chooses it over the latest iPhone. The ad ends with the man with a ‘notched hairstyle’ (remember from the earlier ad) holding his kid (also with a notched hairstyle) in the rain, waiting outside the Apple Store (hey Samsung, that's funny).

If you thought that Samsung was too childish in sticking out the tongue to Apple, then you will be surprised to know that Samsung India tried to go after the recently launched OnePlus 6 on a social media campaign. Going by the name of #WhySettleJustForSpeed, the campaign is a direct attack on OnePlus’ #TheSpeedYouNeed and #NeverSettle. Samsung is presently pitting the premium midrange Galaxy A8+ 2018 and the Galaxy S8 against the OnePlus 6. Both the Samsung phones are comparable to the OnePlus 6 when you consider the prices they sell at — the A8+ retails for Rs 29,990 whereas the Galaxy S8 is priced at Rs 37,990 (the OnePlus 6 starts at Rs 34,999 and goes up to 38,990 for the 8GB/128GB variant). Samsung claims that both their phones offer more than just speed to their consumers. Both the Galaxy phones offer AI-powered Bixby assistant, are IP68 water resistant, boast of Samsung’s MST-enabled Pay and Super AMOLED displays. 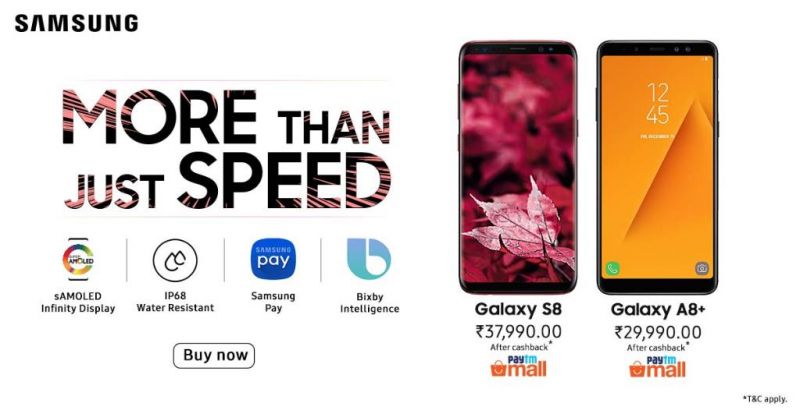 We understand that Samsung wants to keep itself seen in the social media to garner interest, but the childish way they are adopting doesn’t deem fit for an established brand. The Galaxy S8, S9 and A8+ are extremely capable phones and should be advertised for what they do best, not how they compare to cheaper rivals. Nonetheless, Samsung’s attempt certainly induces smiles across its fan base and are trying their best to keep themselves in the spotlight.