OnePlus 5T is official, with taller screen and reworked camera

OnePlus has also armed it with a facial recognition tech where 100 dots are projected on the face of the user to identify him/her. 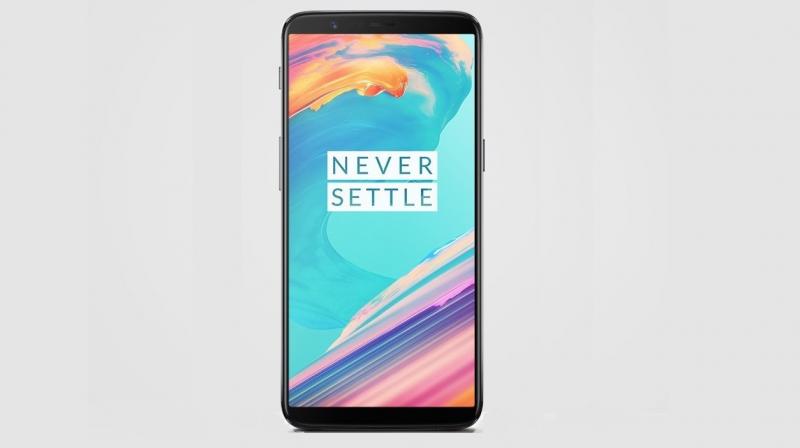 OnePlus, the Chinese start-up which started off making phones with flagship specifications at a lesser price has launched on Thursday the OnePlus 5T.

The phone keeps most of the specifications of OnePlus 5. The differences are in nature of a full 6-inch OLED display in place of the earlier 5.5-inch panel while keeping the overall size roughly the same. OnePlus achieved this by shrinking the bezels around the phone and adopting 18:9 aspect ratio for the display.

There are also changes made to its dual-camera setup, now the secondary camera a dedicated low-light shooter (a claim which we cannot believe till we see the results). Fortunately, the phone retains 3.5mm audio jack which is disappearing from most of the smartphones these days.

Talking about the changes, the biggest change is the display which is now a 6-inch Samsung made OLED unit with 1080x2160 pixels resolution. The aspect ratio of the display is 18:9, similar to most 2017 flagships.

Cameras, on the other hand, have also experienced changes, now the secondary camera is specifically tuned for low light images. Both the cameras brings brighter f/1.7 apertures; the primary camera is 16MP while the lowlight shooter is a 20MP unit. One plus promises improved; portrait images and stabilisation performance with the new setup.

On the front there is a 16MP f/2.0 snapper; OnePlus has also armed it with a facial recognition tech where 100 dots are projected on the face of the user to identify him/her. While it doesn’t appear to be as sophisticated as Apple’s FaceID, still it’s good for those who value convenience over security.

The phone still runs OxygenOS based on Android 7.1.1 Nougat which is quite a disappointment, Android 8.0 Oreo is out for months and OnePlus should have launched the phone with latest flavour of Android.

The fingerprint scanner has been shifted to the back for trimming those bezels; the sensor itself is coated with ceramic to match with the back panel’s color.

Rest of the specifications are identical to OnePlus5, you still get The Snapdragon 835 processor with Adreno 540 GPU, two storage and RAM options: 6GB/64GB or 8GB/28GB respectively, DASH charging via USB Type C 2.0.

OnePlus 5T still misses out of waterproofing, wireless charging and memory expansion, but that is probably for the next time.

Coming to the pricing, OnePlus 5T retains the pricing of older device i.e. priced at Rs 32,999, for the 64GB model and Rs 37,999, for the 128GB variant. The phone will be available from November 21 in a single black color option.