Google Pixel duo is one of those series of smartphones which start acquiring the headlines days before they are launched. 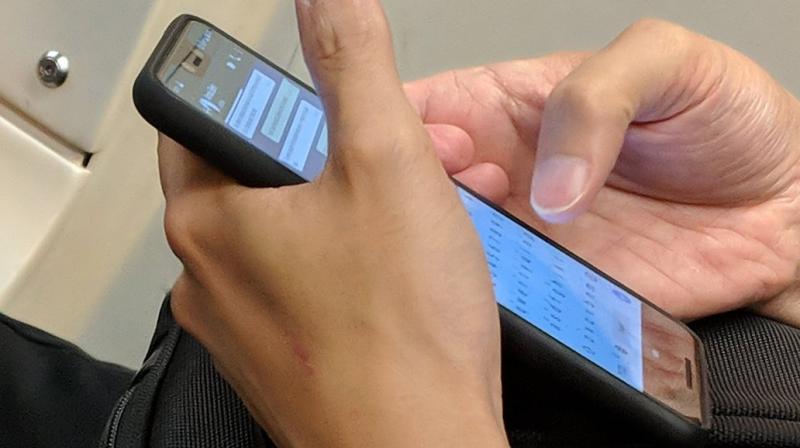 The device has been spied in a public place in Toronto. (Image: Twitter/MobileSyrup)

Google Pixel duo is one of those series of smartphones which start acquiring the headlines days before they are launched. Following the tradition, Google Pixel 3 XL has been spotted from a distance in a user's hand who is apparently using it for chatting on WhatsApp.

The device has been spied in a public place in Toronto and it has surfaced on the Twitter page MobileSyrup from a follower. Although not too many details could be identified from the image, it does reveal the nature of its notch and chin.

The phone looks huge (as it is supposed to be) along with a burly notch with several icons (perhaps battery and other notifications) flanked on its sides. Then, at the bottom, it features a big chin which consists of the front-facing speaker. 9to5 Google also expects it come with the gesture navigation by default which is highly likely since it will get the latest Android Pie.

Additionally, the picture also suggests that the phone might be offered by a back case out-of-the-box. It remains to be seen if the final model carries the same features or goes through some changes at the end.