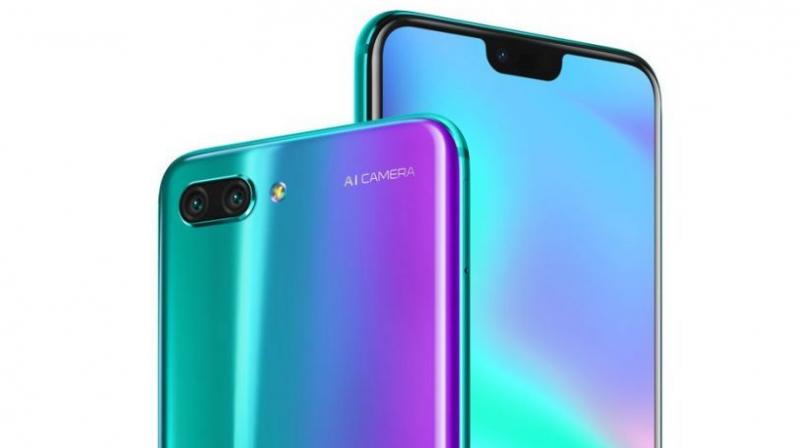 The judges awarded the Honor 10 for its unique design and powerful AI cameras, of which the latter has been claimed to be the best-in-class.

With so many smartphones being launched in a year, it becomes usually difficult to keep a track about the latest ones and highlight those that stand out. EISA or Expert Imaging and Sound Association, which is a collaboration of 53 magazines across 25 European countries, has published its list of the best smartphones for the period of 2018-19 and three smartphones have come out with flying colours.

EISA awards phones under three different categories to mobile devices. The first one, which is for the best Lifestyle Smartphone, has been given to the Honor 10. The Honor 10 has been the flagship offering for Huawei’s sub-brand and introduced the colour-shifting variant to Honor’s lineup. The judges awarded the Honor 10 for its unique design and powerful AI cameras, of which the latter has been claimed to be the best-in-class.

Honor’s parent company Huawei also grabbed the award for the Best Smartphone in the period of 2018-19. The smartphone bagged the title for its “dazzling glass finish, impressive 6.1-inch AMOLED screen in 18:9 ratio, dependable 4000mAh battery equipped with Super Charge functionality and – last but not least – amazing triple camera system on its back, co-produced by Leica. The Huawei P20 Pro is the most advanced, innovative and technically superior smartphone ever.

The last award in the mobile segment has been awarded to everyone’s favourite Nokia 7 Plus, which is now tagged as the Best Consumer Smartphone. The judges were impressed with its robust performance with the elegant Android One platform, an impressive build and capable pair of cameras.

Therefore, if you are looking to buy the best smartphones recognised by European critics, then these smartphones will be your best bet presently.