The Redmi Note 5 Pro and Mi A1 are matched in terms of price, but who’s the better choice? 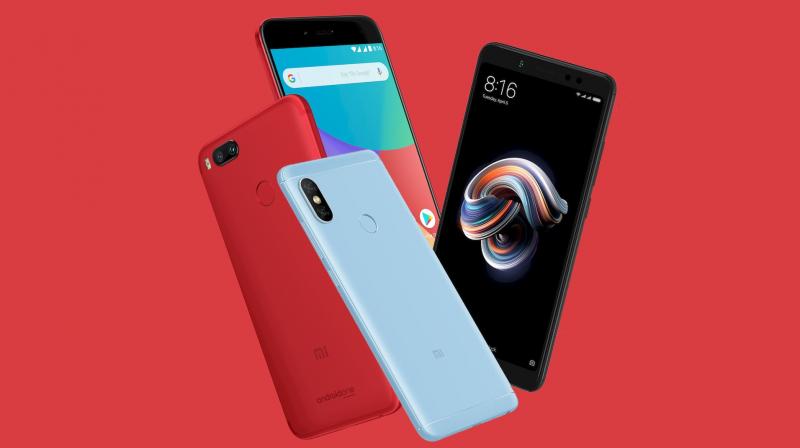 The Mi A1 is for geeks whereas the Redmi Note 5 is a better all-rounder.

Since its launch on Valentine’s Day, the Xiaomi Redmi Note 5 Pro has been hogging attention of the consumers and the media alike. Xiaomi has given all of the features that people expect from a new Redmi Note device every year — a new Qualcomm midrange chipset, more than adequate RAM as well as storage, and a pair of improved cameras. Starting at a price of Rs 13,999, the Note 5 Pro can be termed as one of the most value-for-money budget smartphones that one can buy in India currently.

However, at exactly Rs 13,999, Xiaomi also sells another of its highly-appreciated budget midrange smartphones — the Mi A1. Launched last September, the Mi A1 was a drastic departure from Xiaomi’s traditional offerings — a nearly stock Android One OS and a pair of dual rear cameras. Currently one of our favourites, the Mi A1 is one of the first few smartphones to taste Android 8.0 Oreo.

Therefore, if you are looking for an affordable midrange offering with good build quality, notable everyday performance and a pair of decent cameras from Xiaomi, which is the right one to choose? Read on.

The Redmi Note 5 Pro is a smartphone from 2018, which means you get a big 18:9 5.99-inch display. With narrow bezels up front, the Note 5 Pro definitely attracts attention. The display is protected by an undisclosed variant of Gorilla Glass. The rear is reminiscent of the Apple iPhone X with its vertically stacked dual camera module, which according to us isn’t a bad deal if one of your primary intentions to buy a midrange smartphone is flaunting. The rear panel has plastic ends on the top and bottom for housing the antenna, which negates the requirement for putting thick visible antenna lines. However, the presence of a micro USB port doesn’t sound right. 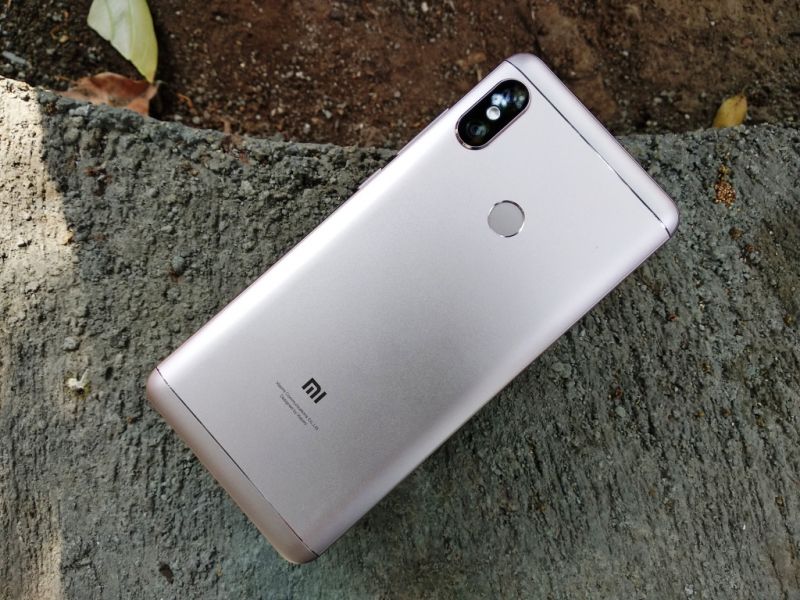 In comparison, the Mi A1 looks a tad dated with its 16:9 display. The thick bezels around the display aren’t a pleasant sight, especially in the lighter colour variants. However, the display is a big 5.5-inch IPS LCD panel with backlit capacitive touch navigation buttons at the bottom. The dual camera setup is laid out horizontally, similar to the iPhone 7 Plus. Since there are no plastic caps on this one, there are iPhone-inspired antenna lines, which don’t look that bad.  Unlike the Note 5 Pro, there’s a USB Type-C port, which makes it convenient to plug in chargers which having to look out for the correct alignment. 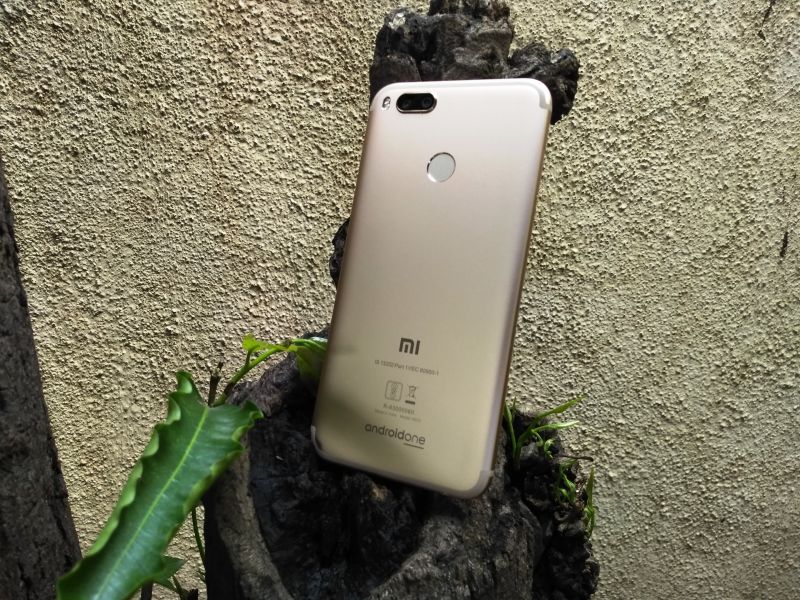 Out of the two, the Redmi Note 5 Pro is a newer smartphone and therefore comes with a  better build and a more pleasing design. That said, the Mi A1 still looks premium and if you don’t have issues with its fat bezels, this shouldn’t embarrass you anytime soon.

In keeping with the tradition, Xiaomi has blessed the Redmi Note 5 Pro with a brand new Snapdragon 636 chipset, which accompanied with up to 6GB of RAM and 64GB of onboard storage, makes the spec sheet looks interesting. It sports a 5.99-inch IPS LCD display. There’s a 12MP + 5MP rear camera setup and a 20MP selfie camera with an LED flash. The only sore point in this setup Android 7.1 Nougat based MIUI 9, which doesn’t make any sense in 2018. 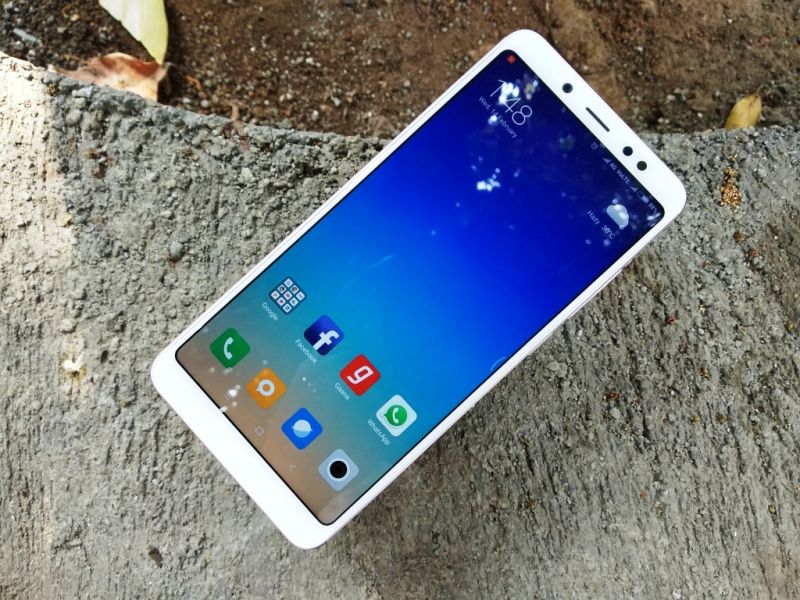 The Mi A1 was the darling of the media industry when it came out last year. It is powered by Xiaomi’s favourite Snapdragon 625 chipset, which is also used in the ‘standard’ Redmi Note 5. With a standard 4GB of RAM and 64GB of storage, the Mi A1 also pleases nerds. There’s a 16:9 5.5-inch IPS LCD display. Since this is Xiaomi’s Android One offering, the Mi A1 is already running on the latest version of Android 8.0 Oreo, thereby making it a favourite of all Android enthusiasts. There’s a 12MP + 12MP dual rear camera and a 5MP selfie shooter as standard.

In terms of performance, its hard to find faults with both of them. In fact, both these midrange Xiaomis are evenly capable of dealing with casual usage inputs such as browsing through social media apps, streaming videos, playing games and photography. With a bigger display on almost the similar form factor, the Note 5 Pro offers a bigger viewing experience with better dynamic range and viewing angles. Of course, being a new phone, the Note 5 Pro’s camera performs noticeably better than that of the Mi A1’s — the bokeh mode is more efficient in distinguishing the subject from the background and the selfie camera is capable of snapping portrait selfies using AI. That said, the Mi A1’s display and camera are pretty capable as well; it won’t make a difference to a layman. 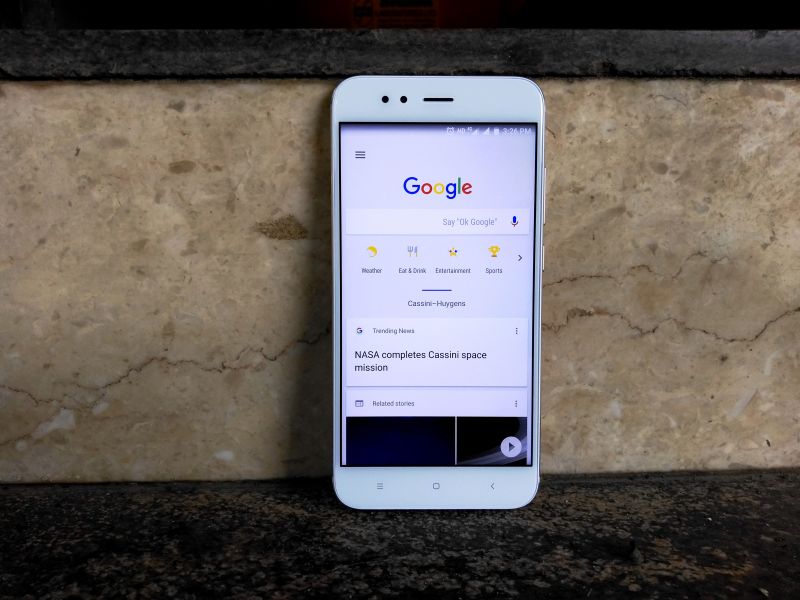 The real difference between both the phones is how Android is served to the user — the Redmi Note 5 Pro runs on MIUI, which means there’re tons of customisation options and added convenient features such as Dual apps, touch gestures and many others. The Mi A1 goes the other way with a clean, bloat-free UI and a limited number of pre-loaded apps, thereby making it pretty easy to navigate through the interface. The learning curve on the Mi A1 is far lesser than the Note 5 Pro.

We prefer the Mi A1’s sorted approach to deliver a good user experience over MIUI’s customisation oriented philosophy. However, customisation fanatics will be happier with MIUI’s comprehensive theme store.

The Redmi Note 5 Pro is supposed to be an all-rounder smartphone delivering equally on all fronts. The 4000mAh battery with Xiaomi’s excellent optimisation manages to keep the Note 5 Pro awake for close to a day and a half with fairly comprehensive usage. If battery is your primary concern, then look no further than this beast. 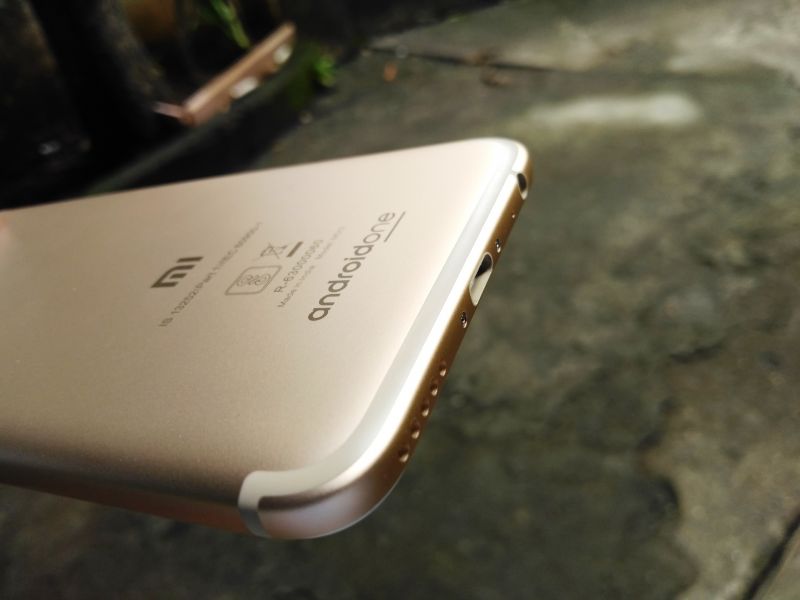 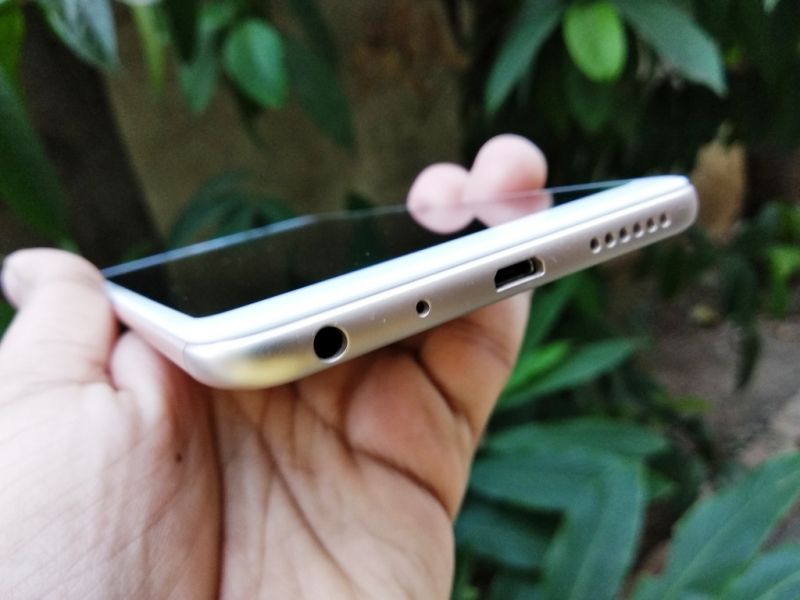 The Mi A1 wasn’t supposed to be an all-rounder smartphone like the Note 5 Pro, which is why it’s been left at the mercy of a 3080mAh battery. Therefore, one can extract maximum up to a day’s usage under considerably heavy usage.

Both the smartphone are made by Xiaomi, which is why both of them are immense value for money in comparison to offerings from rivals. However, between of them, we feel the Mi A1 is slightly better value for money than the Note 5 Pro — thanks to the Android One ROM. Android One is a leaner and lighter version of Android OS compared to MIUI and therefore is able to get Android updates before any other smartphone. The Mi A1 is already on the Android 8.0 Oreo ROM and it receives timely Android security patches. Therefore, one is assured of an eager software support on the Mi A1. 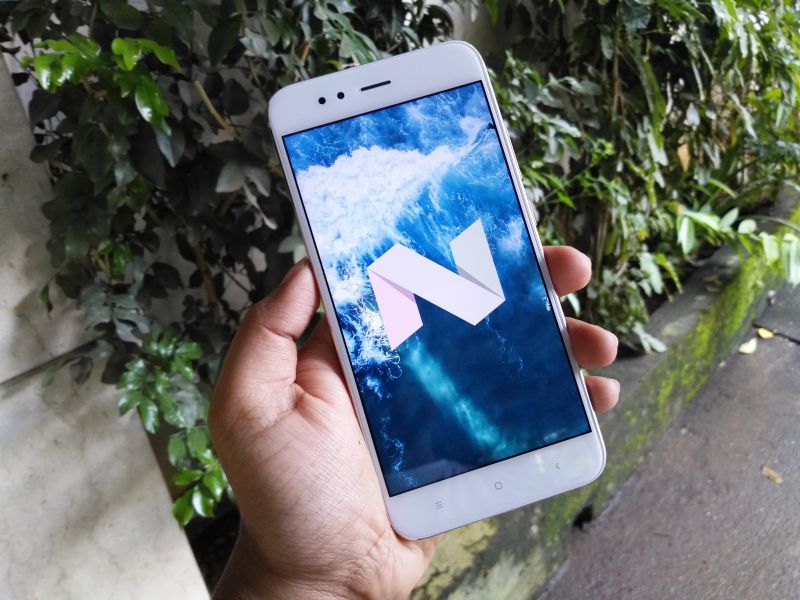 Make no mistake, the Redmi Note 5 Pro is also tremendous value for money when you consider all the features on offer — a pair of incredibly capable cameras and a superfast chipset makes it a swift everyday performer. However, MIUI 9 lags behind timely software updates, which is one of the major drawbacks with this one.

Despite pitting them against each other, both of them come out to be equally armed and capable. One exceeds with modern features and capable hardware whereas the other gets the basics right with a solid software experience. However, instead of leaving you at a dilemma, we will elect one as the slightly better option depending on what you prefer — If you are a geek and care about things such as timely Android updates and a slick user experience, then the Mi A1 is your best bet. It might fall behind in terms of aesthetics and camera performance but is otherwise a reliable companion on an everyday basis. 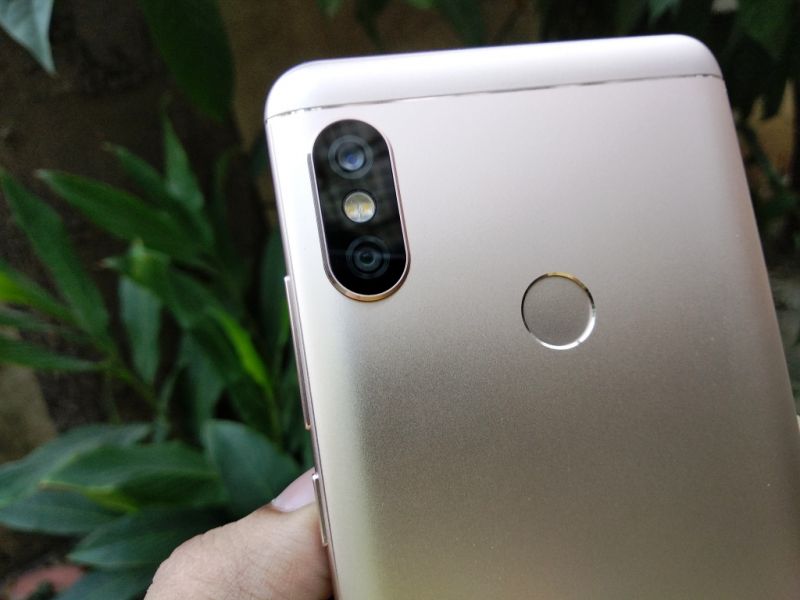 However, if you like a lively and customisable user experience and a pair of extremely capable of cameras, then the Redmi Note 5 Pro makes sense as a better buy. It delivers on all those fronts that makes a casual user happy.