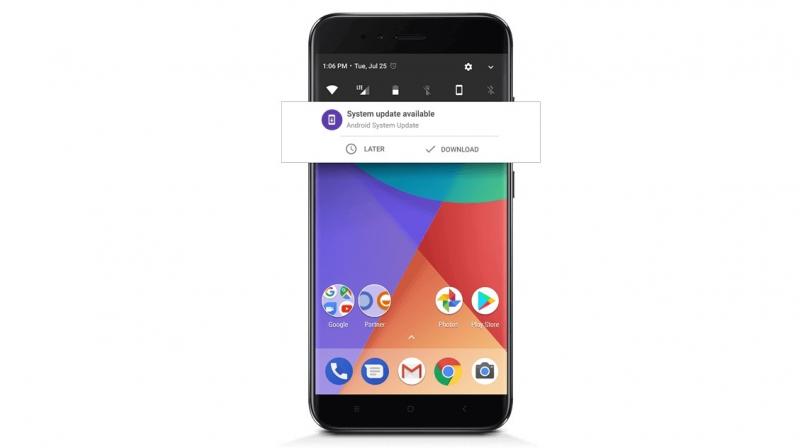 These brands should take a cue from the poll and bring such smartphone that caters to both the sides equally. (Representative Image)

If you are a gadget geek and are active on Twitter, you must have heard about Xiaomi doing a casual poll on the social media platform asking people’s preference between MIUI and stock Android One ROM. Xiaomi, like any other custom ROM manufacturer, expected their MIUI ROM to win by a substantial margin. However, things didn’t go as per expectations and users preferred stock Android One over MIUI 9 by 57 per cent. It seemed that Xiaomi didn’t like the result and therefore removed it from the web.

After the issue got raised by the media, OnePlus decided to cash-in on the matter by conducting a similar poll between their custom Oxygen OS and stock Android. This poll also brought a beating to Oxygen OS, making stock Android the winner by 58 per cent. However, unlike Xiaomi, OnePlus took to Twitter to appreciate the response and promised to take user inputs to make Oxygen OS meet user demands.

In both the cases, users gave a majority of preference to Stock Android ROMs over any other custom ROM. However, keeping aside OnePlus’ marketing tactics, has it ever stuck you why a stock and unmodified version of Android is given priority over much more capable customised forms of Android ROMs in the market?

What are the different types of Android ROMs?

Let’s break it down to the most basic level — what exactly is stock Android OS? Simply put, the version of Android that Google makes and distributes to other smartphone manufacturers is referred to as stock Android. Most Motorola phones, Pixel phones and the latest slew of Android One devices are known to be framed as stock Android smartphones. However, in reality, Google doesn’t deliver Android in a ready-to-use state for third-party manufacturers. In fact, Android is distributed to all in the form of Android Open Source Project or AOSP code. If this ROM is loaded onto a smartphone, a user would only get to make calls, receive messages, take photos, set alarms and change device settings.

When manufacturers claim to use a stock version of Android, they need to add several Google suite apps such as Play Store, Gmail, Chrome, Play Music and more. Google’s Nexus line of smartphones came close to the definition of stock Android. In case of Xiaomi’s poll, the Android One ROM is actually customised version of Android. Xiaomi’s Mi A1’s ROM has a lot of Xiaomi apps present to provide a different user experience. This was the reason why Xiaomi took a few months’ time to deliver the Android Oreo update to the handset, despite running a nearly stock version of Android.

Similarly, OnePlus’ Oxygen OS may adorn a getup that looks like stock Android but is actually a heavily customised version of Android and therefore takes some considerable time to be delivered to the masses. Any custom Android ROM needs a considerable amount of time to be tested thoroughly before being rolled out to the public.

As for MIUI, it is known as one of the Android ROMs to be extensively customised. A user coming from another ecosystem will have a completely new user experience on an MIUI device, courtesy its overhauled UI and tons of apps as well as features that isn’t made available to the AOSP ROM by Google. As with all custom ROMs, MIUI does have a lot of apps and features that may not necessarily be useful to a majority of smartphone users. Known as bloatware, these are known to hog system resources unnecessarily and reduce overall system performance. On budget devices with low-end internals, this tends to create an unfavourable user experience. Pick up any budget smartphone from OPPO, Vivo, Xiaomi, Samsung and Sony, and you will understand practically what we mean to say.

A majority of Indian smartphone users we have come across have an affinity of customising their smartphones to their heart’s content, which is why brands like Xiaomi, Vivo, Oppo and OnePlus are doing good sales numbers. However, there are a lot of consumers who prefer a no-nonsense approach to a smartphone's user expereince, which is where a near stock Android-powered smartphone gains preference. Additionally, consumers prefer to get the latest version of Google’s OS timely, which is where Xiaomi’s Android One product delivered — which indirectly could have influenced those participating in the poll.

Both the polls undertaken by Xiaomi and OnePlus were meant to gather a casual idea of the current consumer preference of the version of Android they would like to see on their smartphones. These polls generated results based on those Twitter members who got to see the post in that narrow time frame — this means that the results of the poll don’t represent the preference of all smartphone users in the world.

When it comes to electing a winner between both iterations of Android ROM, we believe it depends on personal preference. We have tested a lot of Android smartphones with near-stock versions of Android as well as completely customised ROMs — we feel that both versions of Android have their own advantages as well as disadvantages. In our review of the Xiaomi Mi A1 with the Android One ROM, we experienced an eager performance from the smartphone for the period of time we had our hands on it. However, it offered a lot fewer customisation options than Xiaomi’s MIUI ROM on an equivalent smartphone. The MIUI 9 ROM offers a lot of additional features that the Android One ROM doesn’t offer, including extensive customisation options as well as certain convenient features. OnePlus’ Oxygen OS is undoubtedly one of the fastest ROMs we had seen last year, but compared to MIUI, it doesn’t offer such extensive customisation features.

What did we get to learn?

The polls undertaken by both these brands show that there’s almost an equal demand for smartphones with a near-stock Android ROM and a completely overhauled version of Android. Therefore, these brands should take a cue from the poll and bring such smartphone that caters to both the sides equally, instead of removing poll results. We complement OnePlus for having a positive attitude towards users’ preferences and expect the company to deliver on that front with their devices.