India will be one of the first markets to receive the refreshed OnePlus 7T Pro handset. 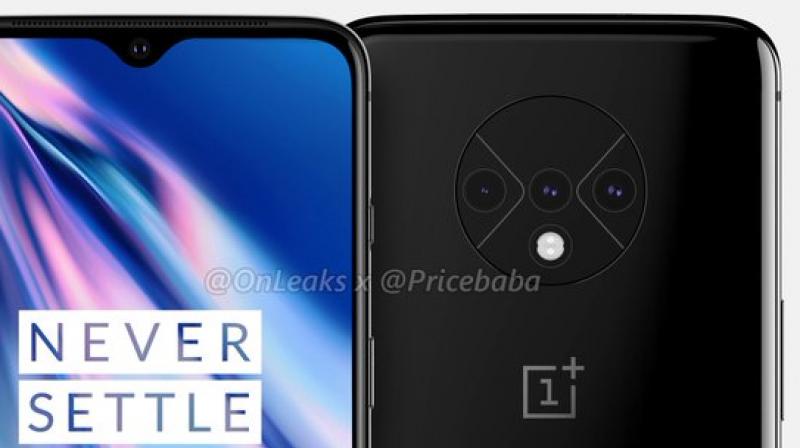 In the past few years, OnePlus has been one of the fastest-growing premium smartphone brands and this is due to its aggressive pricing without compromising on key features such as fantastic cameras and adding the latest hardware. With OnePlus, you can be sure that the company will focus on its rapid turnover and the latest leak suggests that the OnePlus 7T and OnePlus 7T Pro will be announced and shipped next month. These handsets are expected to feature all the best aspects of the software and hardware that was launched with the OnePlus 7 and OnePlus 7 Pro but with some upgraded specifications.

The latest leak comes via the ever-reliable @OnLeaks along with CompareRaja and given OnePlus’ popularity in India, the brand will host the event this month for its upcoming OnePlus 7T and 7T Pro in India. The wider release for the handset will commence after the India debut and now we have the first solid leaks of the upcoming duo.

The OnePlus 7T will be launched with the Snapdragon 855+ chipset and feature 8GB RAM, 128GB or 256GB of storage and a quick charging feature of its 3800mAh battery. The OnePlus 7T Pro, on the other hand, will come with similar specifications but will feature a slightly larger 4085mAh battery and a 3x telephoto lens.

The headlining feature for these handsets will be a new macro mode along with 960fps slo-mo video recording. As of now, it isn’t known if OnePlus will achieve this via a hardware-only update or software changes that could benefit previous generation handsets as well.

With Apple and Samsung’s current focus on imaging, this is a prime opportunity for OnePlus to play these two trump cards and be on par with that of its costlier rivals.

Forbes reports, “What’s worth noting is that the modest bump in specs reflects advances made in just a handful of months since the launch of the OnePlus 7 and OnePlus 7 Pro in the summer. That means the delta between the upgrades is very small.

As discussed previously on Forbes, that means those who have purchased the 7 and 7 Pro should not feel short-changed, they still have smartphones in the top bracket of performance. But it does mean that new customers deciding to buy a OnePlus handset - and the company is growing its market share significantly - will at worst be a few months behind the curve.”

OnePlus has traditionally made a point of seeding its new features to its older devices such as Zen Mode and the Night Mode for its cameras. This could indicate that OnePlus 7 and One Plus 7 Pro owners may also receive the new camera upgrades before the end of the year.

With OnePlus set to launch the OnePlus 7T and 7T Pro on October 10 and ship it from October 15, it is expected that they will do extremely well in terms of sales as is the case with every new launch from the Chinese-based brand.