Prototype Mi A2 shows up as a Mi 6X with stock Android OS, sports a 5.99-inch display. 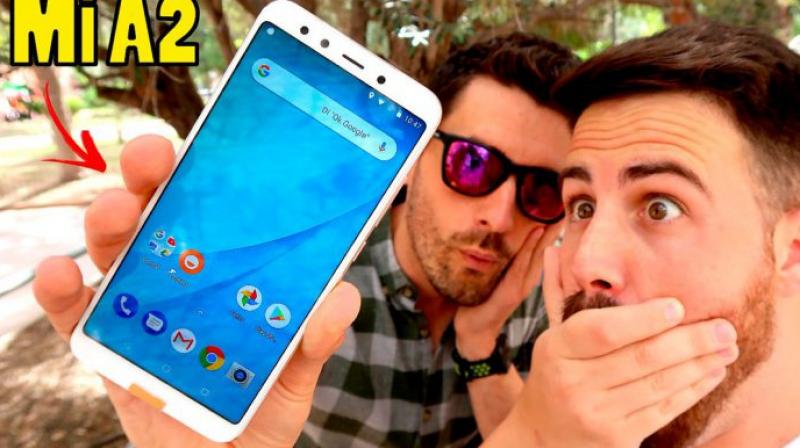 With the prototype already out in the wild for testing, we can expect this one to be unveiled sometime in September.

The Xiaomi Mi A2 has been unarguably one of the most hyped smartphones in the recent times. After the launch of the Mi 6X in China, smartphone enthusiasts have been hoping for Xiaomi to announce the same phone for global markets, albeit with an Android One ROM looking after the duties instead of Xiaomi’s proprietary MIUI. However, Xiaomi hasn’t hinted about the rumoured device yet and in fact, indicated that there will be no such phone as Mi A2 in the near future. While that news turned down the hype, a prototype device has been leaked on YouTube carrying the name Mi A2.

Yes, PimpiTronic, a Spanish YouTube channel, has allegedly got hold of a prototype smartphone that appears to be the rumoured Mi A2. The device bears a striking resemblance to the Mi 6X and even has been found to hold similar internals — a Snapdragon 660 chipset, a 5.99-inch 18:9 narrow-bezel LCD display and a 12MP+20MP dual camera setup. However, the biggest difference from the Mi A2 is the presence of a stock Android interface, which indicates that the Mi A2 should be an Android One device running on the latest build of Android Oreo.

Unfortunately, the video was taken down shortly afterwards and not much evidence of the video has been left since then. However, mysmartprice has got hold of some screenshots that show the alleged Mi A2 from the front, running a stock build of Android Oreo.

It’s not yet clear if this prototype device will ever make it to reality. The Mi A1 — Xiaomi’s only smartphone with a stock Android OS, has been out of stock for a while and Xiaomi hasn’t been able to roll out updates as smoothly as it promised. However, with the prototype already out in the wild for testing, we can expect this one to be unveiled sometime in September — a year after the Mi A1 was unveiled. Xiaomi has already confirmed that the Mi Max 3 will break cover in July and rumours have hinted at the Mi 8 SE launching in India as the Mi 8i early next month.