The Moto Z2 Force is a tough tool for chronic camera clickers. 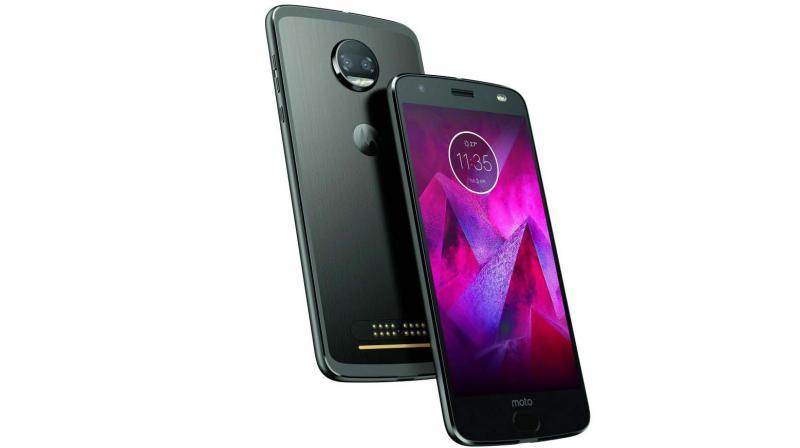 A sturdy buy: The limited edition of Moto Z2 Force is selling in India for Rs 34,999

Since the Moto Z2 Force phone was launched in the West some months ago, I had read about its shatter proof display. But my heart still missed a beat when, without warning, the Motorola executive at the India launch, threw the phone down on the hard floor without warning. Yes, it is indeed, a screen that did not crack or shatter... a quality that I, with my increasingly arthritic fingers can appreciate.

Add to this a good rear camera combo with dual 12 MP lenses that bulge out from the aluminium back, one optimised for colour, the other for monochrome. You can shoot first, focus later, and render the background hazy by stages, to achieve the so called bokeh effect. The selfie camera is a fairly standard 5 MP, but the on board RAM is a hefty 6 GB. The built-in storage of 64 GB can be expanded with a microSD card to a whopping 2 TB not that I know of a 2 TB card, that I can buy in India or even afford.

The Active Matrix Organic LED (AMOLED) display comes with a quad HD resolution of 2560 x 1440 pixels and while its size is just 5.5 inches, it ensures stunning quality even when viewing 4K video. The sound through the JBL speakers is rather better than I have heard for many months now.

The limited edition of Moto Z2 Force selling in India for Rs 34,999 comes bundled, with one of Motorola’s plug in Mods the TurboPower pack which doubles the battery power and would ordinarily cost an extra Rs 4000 or so. Twin SIM slots, 4G LTE network compatibility and the latest Android 4.0 OS, round of the specs of this sturdy handset.