Honor 9X Pro coming this month-end but without Google suite, as Huawei blacklisted by US firms

The United States government barred its companies from supplying software and hardware to Huawei in May last year. 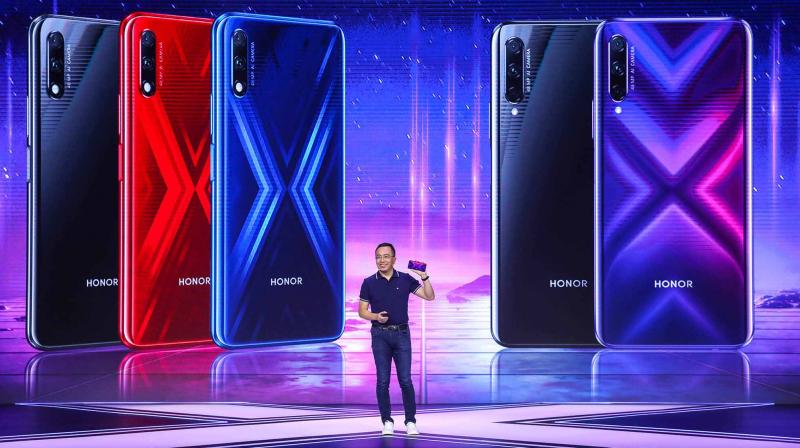 This file photo is of the launch of the Honor 9X Pro and Honor 9X last month. The company claims to have attracted 1 million app developers for Huawei AppGallery.

Chennai: As the US has barred Huawei from the country and prevented it from working with US companies such as Google, the Chinese smartphone and telecom equipment maker is set to release the Honor 9X Pro Android-based phone without the Google suite.

The move is likely to dissuade prospective buyers of the phone who were awaiting its launch. The phones will start selling in India in the last week of this month with a Huawei Mobile Service suite.

The company claims to have attracted 1 million app developers for Huawei AppGallery.

"Honor 9X Pro is the first Honor smartphone that will be independent of Google Play store and will feature Huawei’s AppGallery. We launched the smartphone at a global livestream event last month and are all set to bring the device to India in the month-end," Peng, said.

The United States government barred its companies from supplying software and hardware to Huawei in May last year. However, it has been extending a temporary licence to supply restricted products and services to the Chinese telecom equipment major.

Huawei, along with Honor, has the second highest market share after South Korean technology giant Samsung in telecom hardware.

Peng said that Huawei is in talks with Indian companies as well to persuade them to switch to its AppGallery instead of Google’s Play Store, and that many of the frequently used apps have already come on board.

When asked about Honor's plan to attract users of leading social media apps, especially US-based Facebook and WhatsApp, Peng said most third-party apps provide an open source to download the mobile version and they are already available for quick download on any Android phone.

Peng said that Honor would prefer to work with Google, but the company will continue to expand Huawei Mobile Services (HMS) as an alternate option.