The Samsung Galaxy Note 10 will launch in August and will be a worthy flagship come what may. 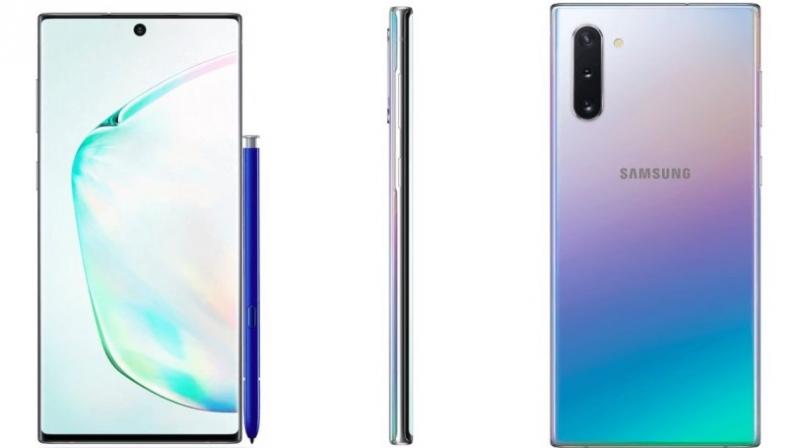 The Galaxy Note 10 will lack some features which people grew to love.

The Samsung Galaxy Note 10 is launching in a few short days and it will be the first Android flagship to be launched in the second half of the year ahead of the Google Pixel 4 and the Huawei Mate 30 Pro. While the Galaxy Note 10 is shaping up to be quite a hit, there are a few things about it that can’t be ignored.

Samsung has done away with the headphone jack on its lower-end devices but this is the first time it will forego the headphone jack on a flagship device. This is quite a big decision on Samsung’s part as they were the only brand to hold out and not go the way of Apple, Google, OnePlus and so on. The Galaxy Note 10 will not come with a headphone jack but instead, the brand will be shipping wired USB-C earphones with it. While this is a compromise, we would have preferred if Samsung stuck with the port as you could use your own favourite wired headphones with it.

The cameras on the Galaxy Note 10 are tipped to be one of the best there are; however, Samsung had plans in place to add some new technology for its optics. Rumours suggested Samsung would be using a CMOS image sensor; however, reports now claim that Samsung will not be using this technology. Samsung was believed to be using this new technology on the Note 10; but instead, they will still continue to use tech that’s about four years old. The South Korean tech giant will instead introduce this new camera technology on its Galaxy S11 device that’s due to be released next year.

Since the first Samsung Galaxy Note 10 leaks started seeping in, reports about Samsung using pressure-sensitive buttons instead of physical buttons gained steam. However, shortly after this news broke, several Samsung tipsters revealed that Samsung would not be using this futuristic technology. The reason for the brand not using this technology is unknown and by using physical buttons, they will continue to use old technology that’s been around for years. Hopefully, with the Galaxy S11, Samsung implements pressure-sensitive buttons as it would revolutionize the way we use our smartphones.

While the overall design of the Galaxy Note 10 is nothing to baulk at, Samsung could have implemented features such as its traditional rear camera array instead of the vertically stacked option they are said to be using. The Galaxy S10 is a beautifully constructed device and its rear camera positioning set it apart from the countless smartphones available. By adding a vertically stacked rear camera unit, the Galaxy Note 10 looks no different than the hordes of handsets out there; making its design a bit boring.