Xiaomi’s next phablet offering is supposed to come with a massive 18:9 display and beefy specifications. 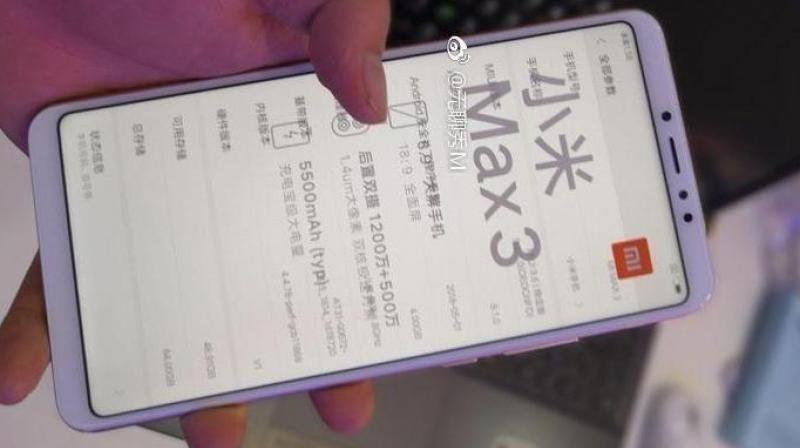 As derived from previous leaks, the Mi Max 3 is essentially expected to be an enlarged version of the Redmi Note 5 Pro.

While has been prepping the global launch of its next-in-line Android One series smartphones, the Chinese market will also be getting something new from Xiaomi’s stables — the Mi Max 3. Leaks of the device have already been doing rounds of the Internet, with most of the specification now out in the wild. There’s now another new leak that reconfirms some of them.

As derived from previous leaks, the Mi Max 3 is essentially expected to be an enlarged version of the Redmi Note 5 Pro. It looks pretty much similar to the Redmi Note 5 Pro in the leaked image and is also equipped pretty similarly too. This leak confirms that there will be a variant of the Mi Max 3 with a 1.8GHz Qualcomm Snapdragon 636 chipset paired along with 4GB of RAM and 64GB of storage. The device will be running on MIUI 9 based on top of Android 8.1 Oreo. The device will sport a 6.99-inch 18:9 display. 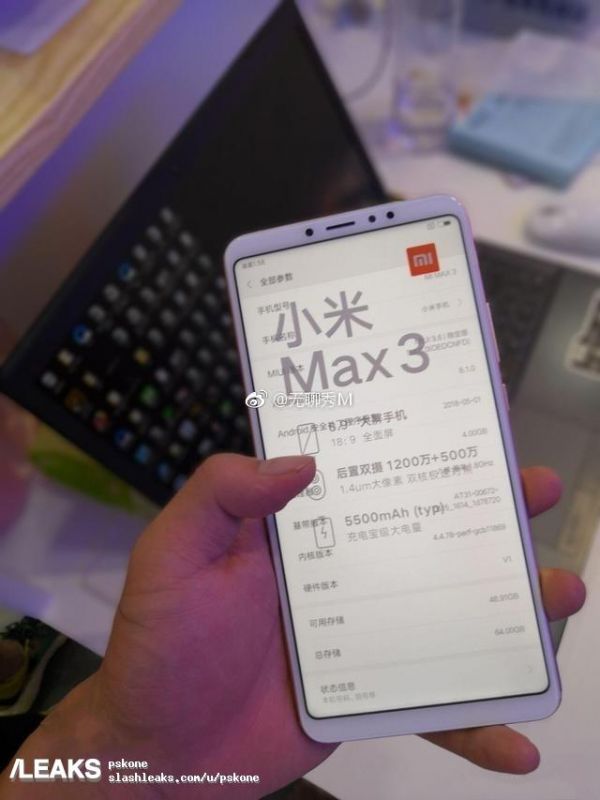 In keeping up with the trend, the Mi Max 3 will be kept alive by a massive 5500mAh battery. It will also sport a 12MP+5MP dual rear camera setup.

The Mi Max 3 is expected to be unveiled in Chine in the next few days. There’s no word from Xiaomi as to whether the Indian market will get to see the budget phablet offering. If it comes to our market, expect Xiaomi to price it somewhere around Rs 15,000-Rs 16,000.