This foldable handset could absolutely revolutionize the smartphone market. 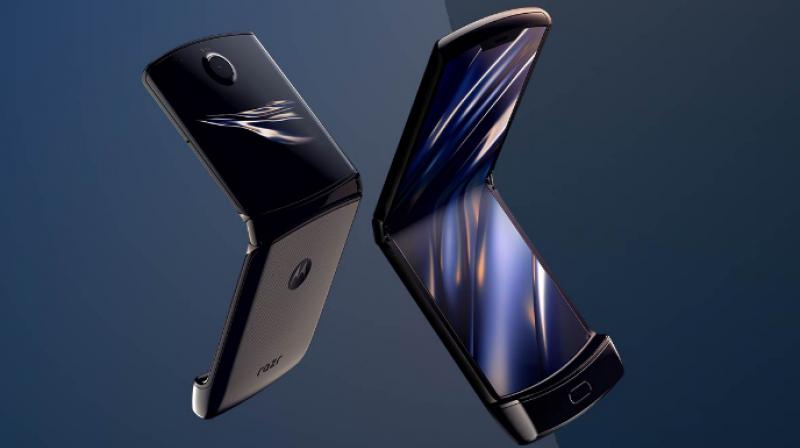 The new Moto Razr is a compact device.

Motorola has jumped into the foldable phone segment and they have created a splash unlike any other brand to date. As the rumours that came before it, Motorola has taken to the stage and shown off an updated version of its iconic Moto Razr smartphone that features a foldable display when you lift open the cover.

The Moto Razr was unveiled at a press event in Los Angeles and they showed off a design that was spoken about since months. The handset will be priced at a reasonable USD 1,499 which is about Rs 1,08,000 and pre-orders are expected to begin on December 26, 2019. This handset will be cheaper than the Samsung Galaxy Fold which recently made its debut in India and it comes with a price tag of Rs 1,64,999.

The new Moto Razr is a compact device unlike the Galaxy Fold and when folded, it can easily fit in a pocket. After it is unfolded, it features a 6.2-inch OLED display. On the cover, there is a 2.7-inch Quick View screen which provides easy glances at notifications and other information without requiring you to flip open the handset. If you do decide to open the device, to reply back to a notification, the relevant app will be opened and waiting for you. This is due to a hand-off feature and works with apps that can take advantage of this availability.

For performance, you shouldn’t expect much as it comes with a Snapdragon 720 SoC which is a midrange processor and this device is not as powerful as the Galaxy Fold.

Motorola’s official Twitter page in India has teased this handset and they say that it will be coming soon. To register for the device, head on over to the link here.