Introducing iPhone 12; the most far-out Apple concept you will ever see

This concept video pushes the envelope of current technology and adds not three; but seven cameras on the rear. 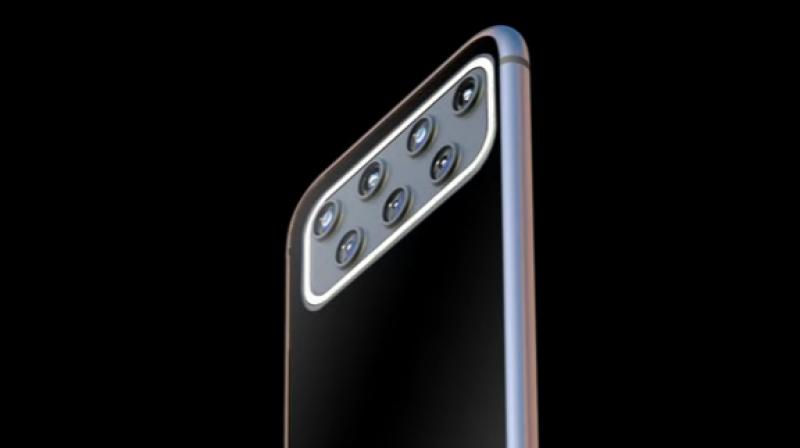 This iPhone 12 comes with not three but seven rear cameras.

Since years, graphic designers have been dishing out iPhone concepts that they wish will someday make it on next-generation models. While some of them are seeded in reality and the likelihood that Apple will launch them in the near future is pretty high. However, some Apple concepts are so outlandish that they may never ever see the light of day; even though we would love for it to become a reality.

The latest iPhone concept introduces us to the iPhone 12 and this has one of the most far-out designs ever. The face of the iPhone 12 is pretty standard to what you see on current generation devices and it’s complete with a notch; although smaller than what we are accustomed to. While the face looks pretty normal, it is the rear where all the fun is at.

This iPhone 12 comes with not three but seven rear cameras and it isn’t what Nokia has done with the 9 PureView which is practically a nightmare for those with trypophobia; instead, the seven sensors are hidden under the rear display. As of now, there aren’t any under-display camera handsets although certain brands have teased it; but this concept pushes this technology to the limits as it features some never before seen tech.

Take a look at the video below and share your thoughts on this new iPhone 12 concept.