The Honor 10 is a gorgeous phone with a killer camera. 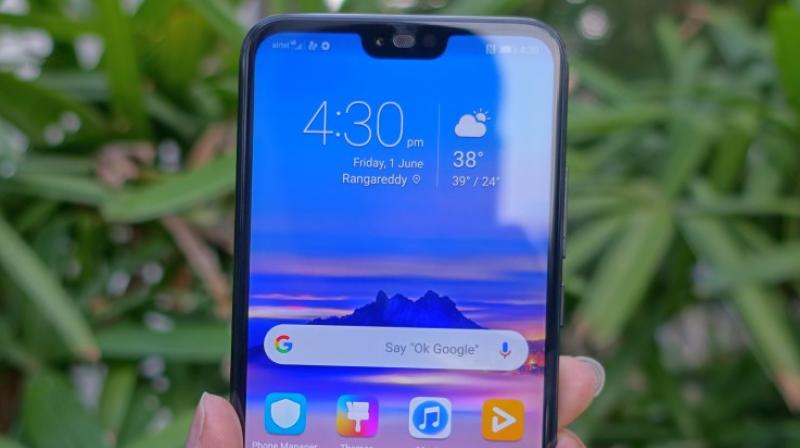 The phone doesn't do anything radically new. But its charm lies in the incredible attention to detail. Like most premium phones, it features a glass and metal construction.
Rating:

Unlike most Chinese brands, Huawei invests a lot in R&D. The company has proved its prowess in the photography department time and again. Back in 2014, its Honor 6 Plus made a splash with clever implementation of dual cameras. This year, it enjoyed the limelight with by introducing a triple camera phone, the P20 Pro. While the P20 Pro battles it out at the top, some of its features have trickled down in Huawei's more affordable phones. One such device is the Honor 10, which promises flagship grade experience at the mid-range. Of course, it is getting into OnePlus' territory. But can it kill the flagship killer? 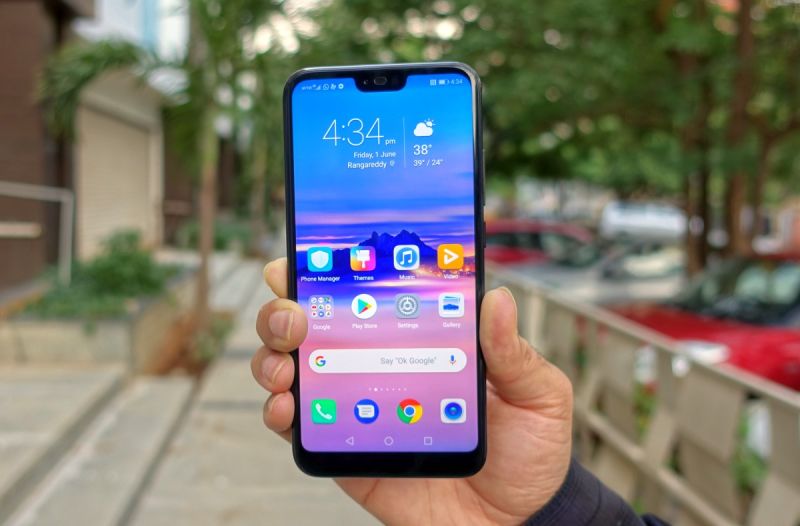 The Honor 10 is undoubtedly one of the finest looking handsets in the market. It is stylish yet somehow understated. The phone doesn't do anything radically new. But its charm lies in the incredible attention to detail. Like most premium phones, it features a glass and metal construction. Two curved glass panes are held together by a polished metal frame. The build precision is truly impressive. The spots where the metal and glass meet almost feel seamless.

The best part is that the designers haven't simply wrapped a body around the silicon. The phone has been built with ergonomics in mind. The handset is tall and fits comfortably in your palm. In China, the Honor 10 comes in blue, green, black, and grey. Of these, only blue and black have made it to the Indian shores. Blue and green variants look interesting with Honor's colour shifting Aurora glass. However, for some reasons, the company sent me a boring black model.

The phone uses Qualcomm's ultrasonic fingerprint reader. It seats beneath the bottom bezel and is marked by white dots. Can’t call it an eyesore, but the camera protrusion is bit of a letdown. Another thing worth noting is that the glass back is a smudge magnet. However, what I despise the most is iPhone X-esque screen notch. More on that in the next segment.

The Honor 10 sports a 5.8-inch screen with a notch. This design element is known for polarising opinions. I can't speak for others, but I find it absolutely hideous. Fortunately, Huawei offers an option to hide the screen notch. And that's what I did right after taking the product shots. 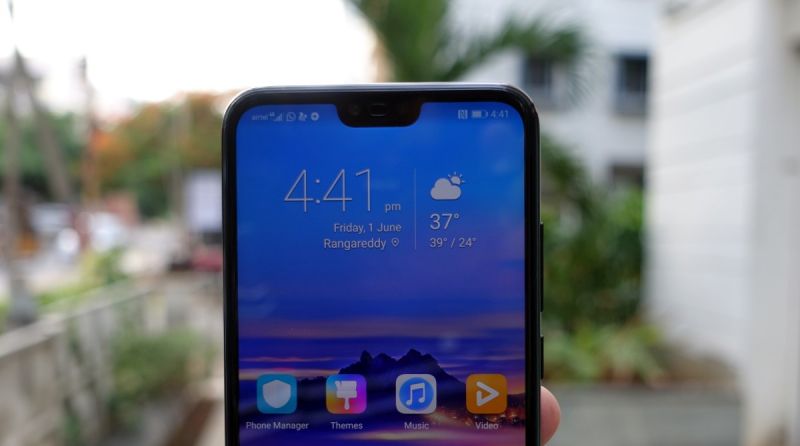 With notch gone for the good, the screen is quite impressive. It has a tall 19:9 aspect ratio. At 2280 x 1080 pixels resolution, it offers pixel density of 432ppi. For an IPS panel, the screen delivers surprisingly punchy colours. The blacks are also quite deep. Just don't expect it to match the perfect blacks offered by an OLED panel. So, while this is a very good LCD screen, I would prefer the OLED panel on the latest OnePlus any day.

The dual camera is the killer feature on the Honor 10. So, let's hop onto that before discussing other aspects of this phone. On the back, you get a 16MP RGB camera accompanied by a 24MP monochrome lens. The latter captures depth information, which enables bokeh effect. 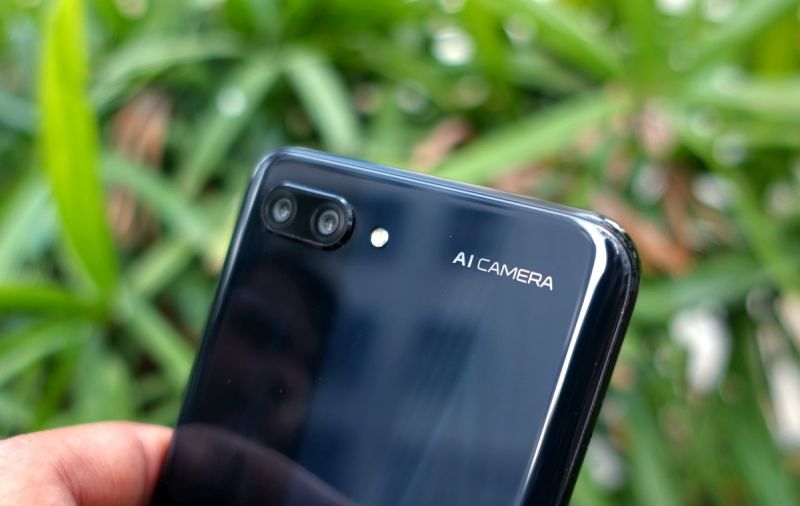 The camera lacks OIS (Optical Image Stabilisation) and laser autofocus. Instead Huawei boasts of its AI camera. According to the company, this phone can intelligently detect scenes and apply ideal settings on the fly. To run these calculations efficiently, a Neural Processing Unit (NPU) is built right into the SoC (System on Chip). I was convinced that it is going to be a gimmick. But, boy was I wrong! 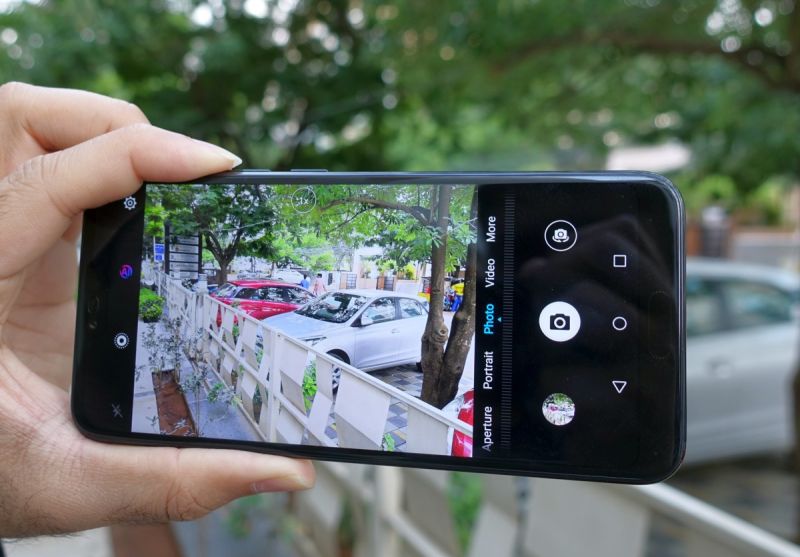 With the AI mode on, the Honor 10 transforms into the best point and shoot I have ever used. It detects scenarios and objects to squeeze out the best possible result from the camera. Since the phone takes care of all the technicalities, you get to focus on other important aspects such as the framing. 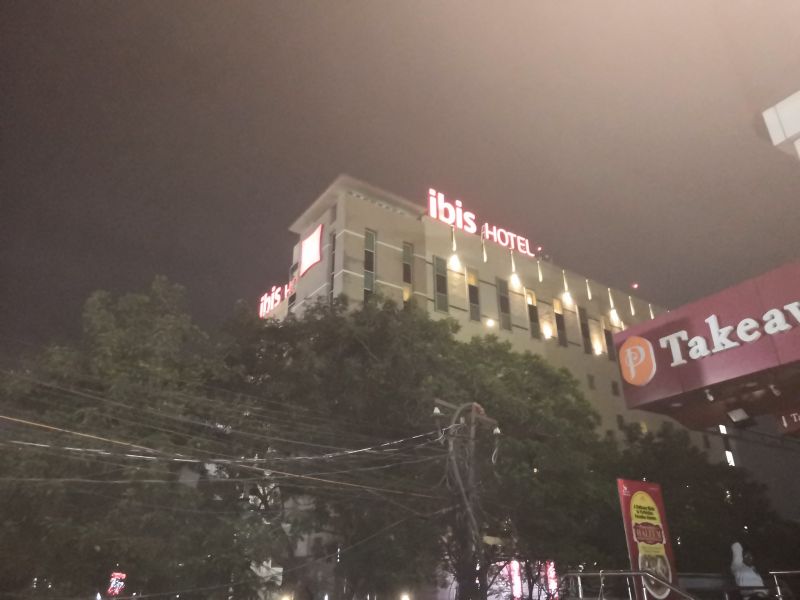 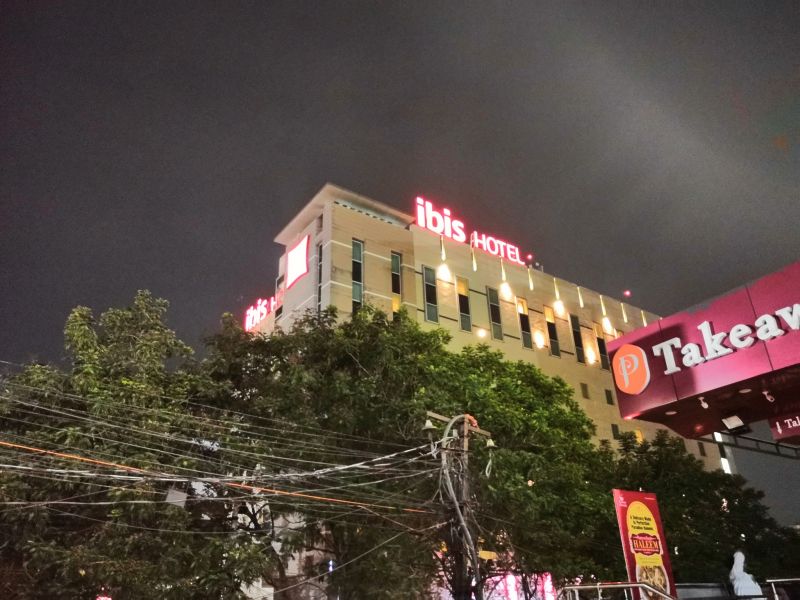 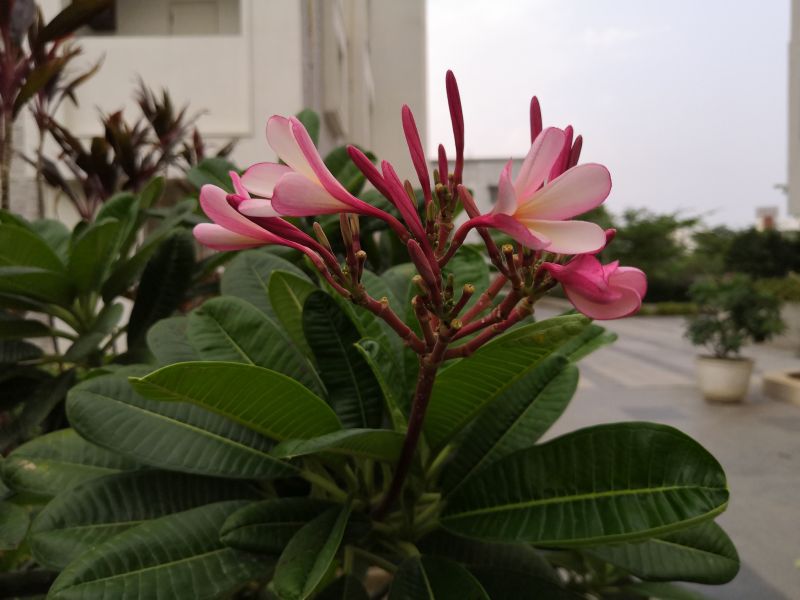 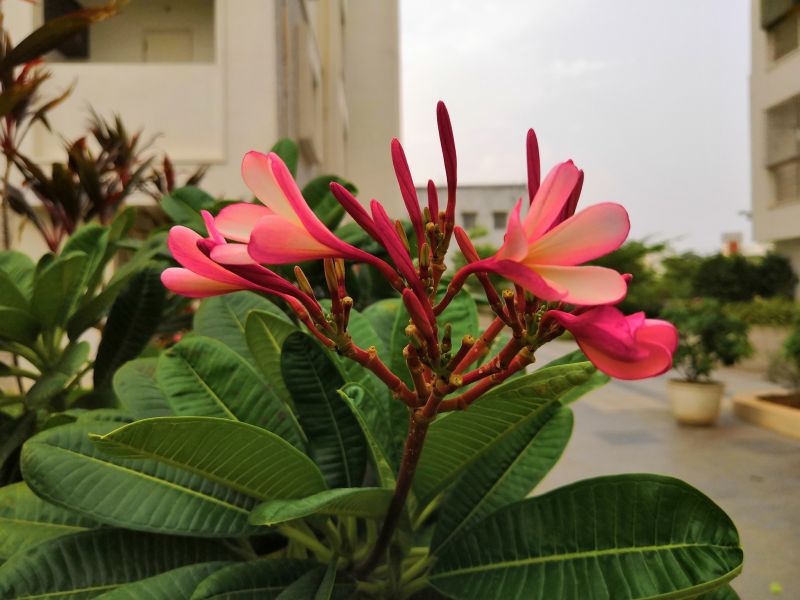 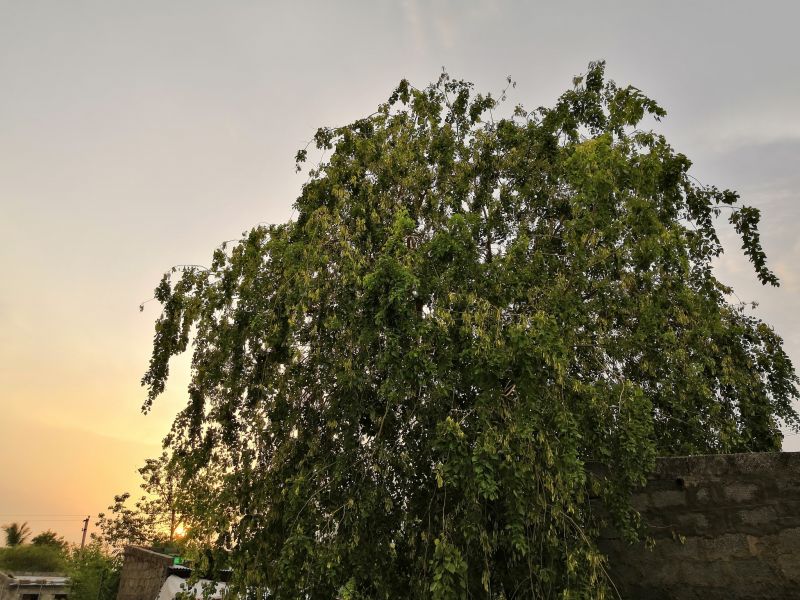 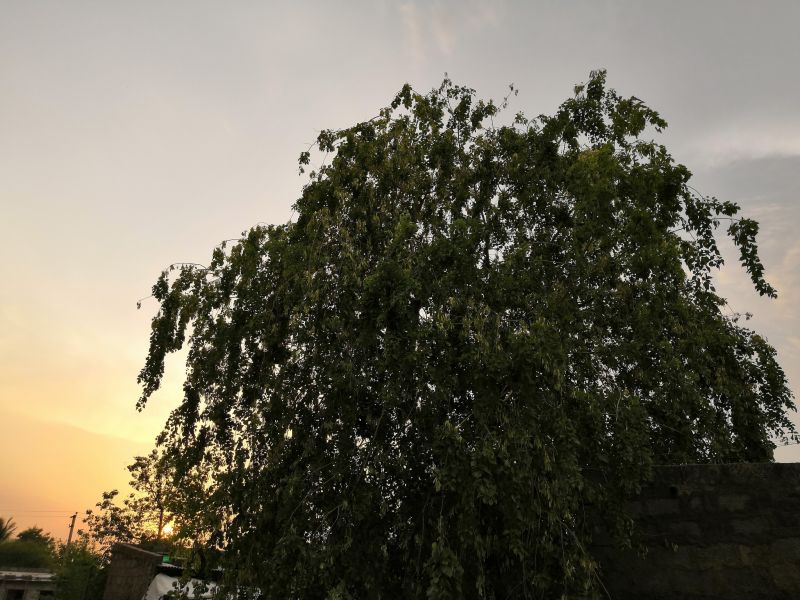 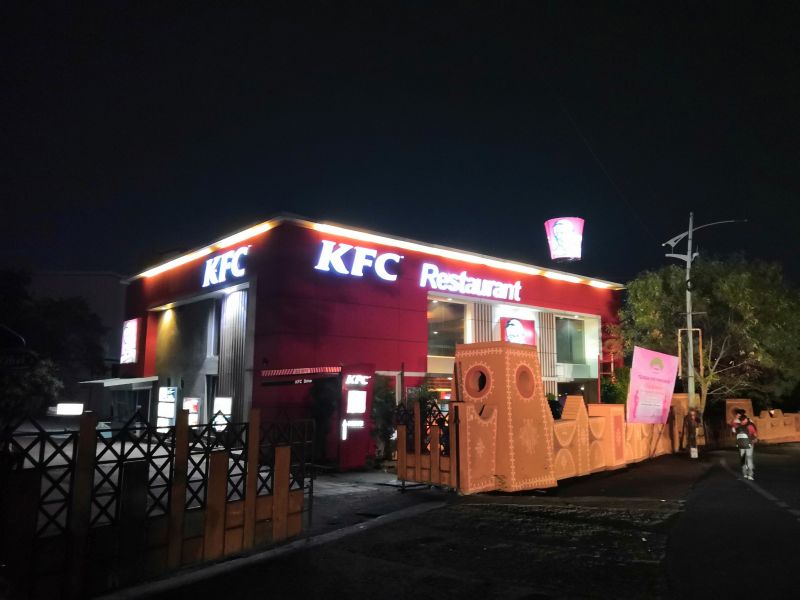 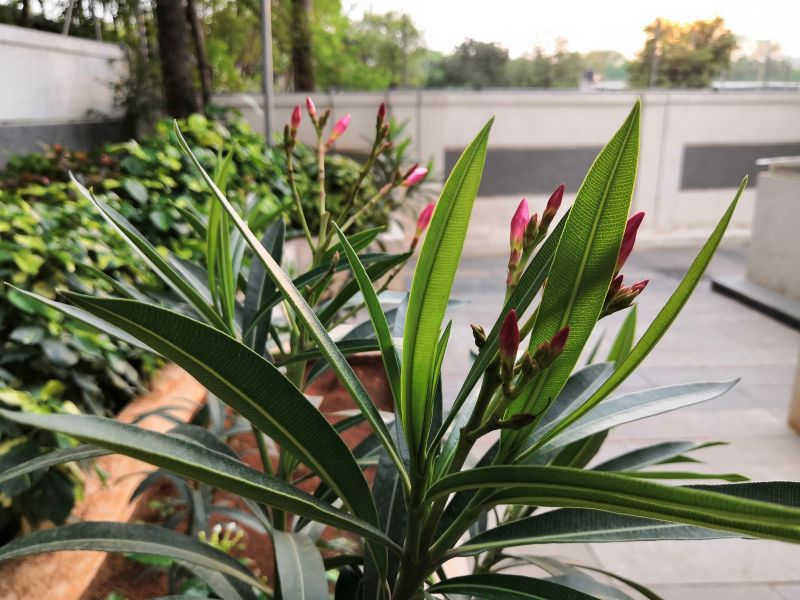 The pictures look astonishingly good. The colours pop out and the image maintains impressive contrast. Even in low light, the Honor 10 captures stunning images. What's most surprising is that after all these enhancements, Honor has managed to keep the noise levels very low.

It is not for purists though, as the AI mode offers no accuracy at all. These people can turn off the AI mode and admire the accuracy of dull colours and boring lights.

The camera records good quality videos at 4K and Full HD resolution. These clips offer rich colours and plenty of detail. However, due to the lack of OIS (Optical Image Stabilisation), sometimes the videos tend to be shaky.

The 24MP front camera serves the narcissists well. It clicks pictures with rich colours and plenty of detail. Like most phones, the selfie camera on this one is fixed focus, which is a bit of a downer.

The Honor 10 ships with Android 8.1 with EMUI on top. It greets you with a minimalistic lockscreen, which displays very few elements such as the time and date. However, everything past this point lacks elegance. 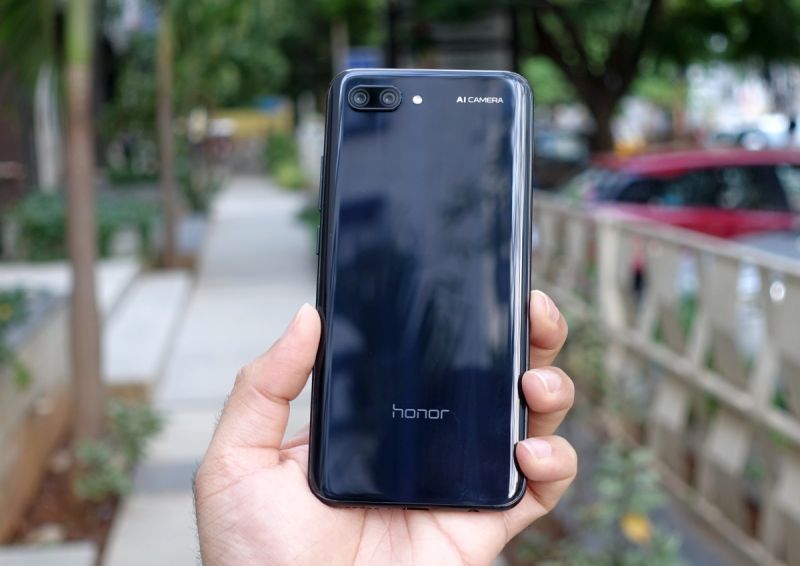 By default, there’s no app drawer much like the MIUI. But, the company has provided an option to add that bit from the settings panel. The default icons and colour schemes look garish. The settings panel is cluttered like a Windows 98 desktop. Overall, there’s a lack of cohesiveness in the interface. But, it gets the work done nonetheless.

The phone offers face unlock, which works well. It had no issues in low light. But of course, the device requests you to use fingerprint sensor in complete dark. Speaking of which, Qualcomm's ultrasonic sensor tends to be slower than direct scanners.

Huawei's Kirin 970 chipset packs in plenty of power. It comprises of four Cortex-A73 cores and four more Cortex-A53 cores. During normal use, the phone runs smooth. Thanks to 6 GB RAM, it handles multitasking without an issue. The only time it shows a sign of slowdown is when you are browsing the Play Store.

The chipset with its Mali G72 MP12 GPU is quite good at gaming. It played every resource hungry game in full glory. The loading times were slightly longer than the competing phones based on the Snapdragon 835 though. Another niggle is that the phone does heat up during long gaming sessions.

The phone has good sound output when paired with decent earphones. Reminds me that this 30k+ phone does not ship with earphones. Moving onto, video playback, you end up seeing a lot of letterboxing due to the unusual aspect ratio. The loudspeaker is good enough to watch random YouTube videos.

The Honor 10 is dual SIM smartphone with 4G VoLTE support. There’s nothing to complain about the phone's network reception and call quality. I encountered a little annoyance though. The phone's earpiece is so small that you have to position it carefully to your ear to hear the person on the other side. 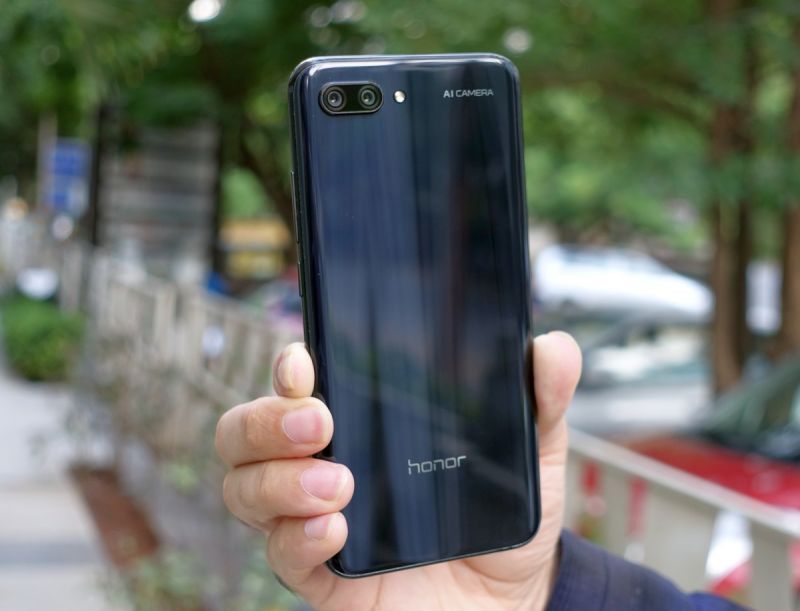 The Honor 10 packs in a 3400mAh battery. With normal use, it is enough to see you through from the dusk till dawn. The phone comes with Huawei's SuperCharge technology. As claimed by the company, you can top up half the battery capacity in just half an hour. Provided that you use the bundled 5A charger.

The Honor 10 is a gorgeous phone with a killer camera. Is it better than the OnePlus 6? Well, as far as aesthetics are concerned, it gives the OnePlus 6 a run for its money. In terms of camera performance, it blows the competition out of the water. However, the OnePlus 6 has an edge in the screen and UI department. It is quite difficult to choose between these two, but if I have to make a decision, I will go with the Honor 10 purely because of the camera.