The Xiaomi Mi 6X has been spotted with dual cameras, full HD+ 18:9 display and no headphone jack. 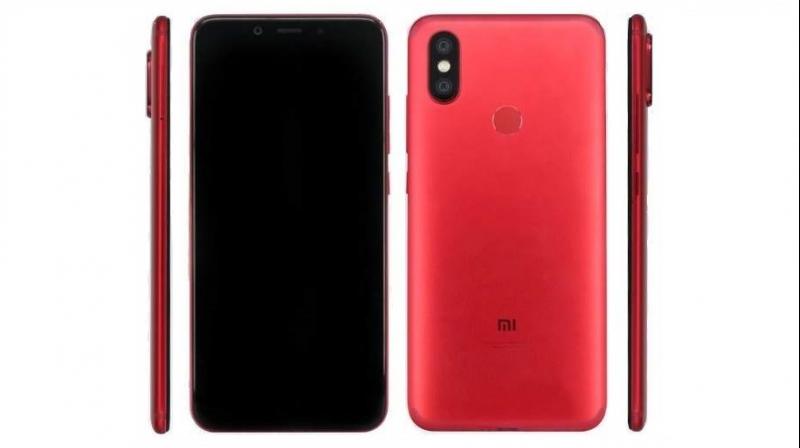 Instead of the latest Snapdragon 636 SoC, the Mi 6X has been spotted with Snapdragon 660, albeit limited to 2.0GHz. (Leaked Mi 6X renders)

Xiaomi has been on a spree, launching smartphone one after another within a short period of time. After announcing the Mi MIX 2S and the Black Shark gaming smartphone, the company has already sent out invites for another launch event. While the invite doesn’t mention any name or specifications, the world of leaks and rumours has pinpointed towards the Mi 6X smartphone, which is expected to be Xiaomi’s latest midrange offering.

Chaps going by the name of FunkyHuawei.club at XDA forums have got their hands on leaked firmware files that have given out the specifications that the Mi 6X will most likely be launched with. The Mi 6X essentially seems to be a jacked up Redmi Note 5 Pro — instead of the latest Snapdragon 636 SoC, the Mi 6X has been spotted with Snapdragon 660, albeit limited to 2.0GHz. The smartphone is expected to be unveiled in three variants — 4GB/32GB, 6GB/64GB and 6GB/128GB. The device has been spotted with MIUI 9 based on Android 8.1 Oreo along with Xiaomi’s AI Lens feature.

The Mi 6X will sport a 5.99-inch full HD+ LCD display. It will be backed by a 2910mAh battery, which doesn’t seem a lot considering the mammoth specifications underneath. The Mi 6X will also sport a dual camera setup — 12MP + 20MP setup, with each of the sensors having a f/1.8 aperture. The front camera will sport a 20MP sensor with f/2.2 aperture. This setup is pretty identical to the one in the Redmi Note 5 Pro.

However, the Mi 6X will lack only one feature from its predecessor — the 3.5mm headphone jack. The firmware files indicate that the handset will have one common ‘shared’ port for charging and audio. Now, this might be a bummer, but we expected the ‘no-3.5mm jack’ trend to catch up with the midrange segment soon.

If Xiaomi launches the Mi 6X at its April 27 event, then India could hope to see the successor to the Mi A1 pretty soon. Commonly referred to as the Mi A2, the Indian variant could retain most of the features of the Mi 6X, except for the MIUI OS, which will be replaced by Google’s Android One ROM based on Android 8.1 Oreo. With these specifications, the handset seems to be a pretty strong contender in the mid-range smartphone segment. Are you excited about the Mi A1 2018 edition/ Mi A2?