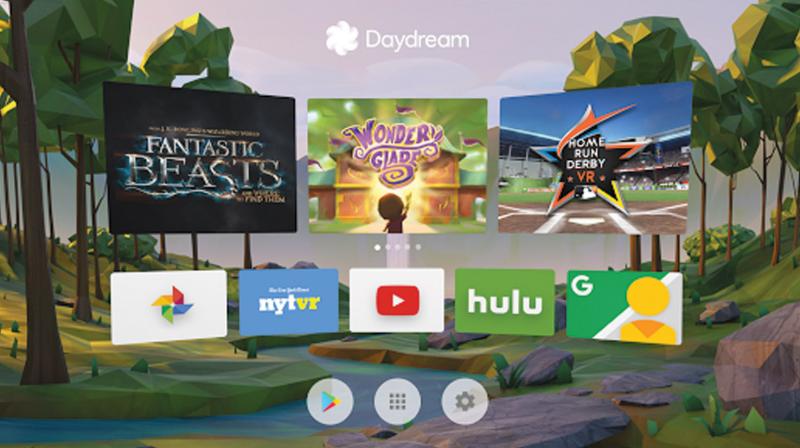 The icing on the cake is YouTube launching its standalone App, YouTube VR, on Daydream platform to provide that ‘immersive experience’.

Isn’t it fantastic to see all your ‘daydreams’ play in a carousel of reality-like frames right before your eyes? Google is here to give you the ‘dream-come-true’ experience with Daydream app, powered by a virtual reality headset. Keep a Daydream friendly phone – currently starting with Pixel and Pixel XL – to start ‘dreaming’ “a dinosaur come back to life, to travelling to the farthest reaches of Pluto, to saving a runaway goat from dangerous traps,” as promised by Google.

The icing on the cake is YouTube launching its standalone App, YouTube VR, on Daydream platform to provide that ‘immersive experience’. Going by what Techcrunch says, even those videos not tailored for a VR view can be seen in the new mode. “YouTube VR will display standard videos in a virtual movie screen in app’s new theatre mode. Of course, 360 degree videos on YouTube will work best in this app,” writes Techcrunch. For the YouTube VR to work, the Daydream support is indispensable. A year after supporting VR videos that a dedicated app is coming from the video sharing biggie.

More featured content is on the way to make the most out of the Google VR experience. Prior to the app launch, came an announcement from NFL on producing a virtual reality series through YouTube and the NFL VR app designed for Daydream. “We are always looking for new ways to engage with our fans.  Virtual reality is an emerging platform that enables content experiences with a truly unique vantage point that brings fans closer to the game,” Vishal Shah, senior vice president, digital media at the NFL is quoted as saying on the NFL site. The first episode of the series will come to the NFL channel on YouTube on Thanksgiving Day.

Google, though a big player in technology, had predecessors in the mobile phone-powered VR headset game. One of the most talked about was from Samsung – the Gear VR, which came almost a year ago. As Verge points out, “the Gear VR felt innovative but clumsy, powerful but isolating.” Unquestionably, one of the challenges Google has is to prove not to be awkward when it comes to producing quality content.

In select stores, the VR headset and controller are made available in the US, UK, Canada, Germany and Australia.