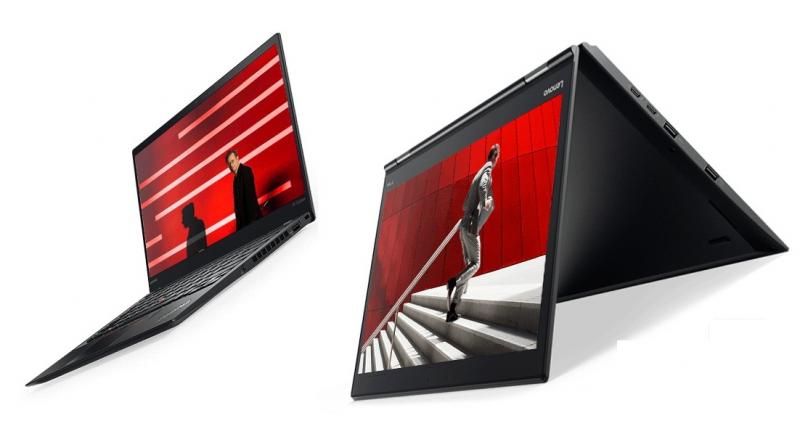 The ThinkPad X1 Carbon and X1 Yoga, both claim to be the world’s first laptops to support Dolby Vision HDR and a brighter display supporting 500 NITS brightness.

Lenovo has launched its latest Think portfolio laptops with Intel-8th Gen Intel Core processors. The newly updated laptops include ThinkPad X1 along with the T, X and L series. Lenovo has added physical webcam covers to the newer models. Along with Intel’s Intel Core series processors, the new models also feature USB-C power adapters for universal charging and additional Type C Thunderbolt Ports. There is also a new side mechanical dock that claims to give the laptop a better stability and longer platform life.

The ThinkPad X1 Carbon and X1 Yoga, both claim to be the world’s first laptops to support Dolby Vision HDR and a brighter display supporting 500 NITS brightness. These laptops come with a ThinkShutter camera privacy physical webcam cover and the camera features ‘Glance Eye’ tracking with IR for added security. The 14-inch X1 Carbon comes in a carbon fibre form factor and is priced starting from Rs 1,21,000 while the X1 Yoga starts from Rs 1,26,000.

The Thinkpad X series claims to be Mil-spec certified in terms of durability. They feature Rapid charge that promises to deliver 80 per cent battery in 60 minutes of recharge. The X280 promises to have a battery life of up to 16.6 hours, while the X380 promises to have 13.6 hours of battery life.  The company says that the X280 is 20 per cent lighter and 15 per cent thinner compared to its predecessor. X380 features Active Pen and also has IR camera and Windows Hello for authentication. ThinkPad X280 starts at Rs 73,000 and X380 Yoga starts at Rs 87,000.

The ThinkPad T series has added security features that include IR camera, fingerprint reader and ThinkShutter camera privacy. The ThinkPad T580 has an optional discrete graphics power displays up to UHD. The T series models claim to have a massive battery backup of up to 27 hours. The ThinkPad 480 clams to be the lightest amongst the lot weighing around 2.9 pounds. ThinkPad T480 starts at Rs 69,000, T480s starts at Rs 86,000 and T580 starts at Rs 74,000.