This comes as a much needed update for the iris scanner since the hackers were able to trick the current generation system. 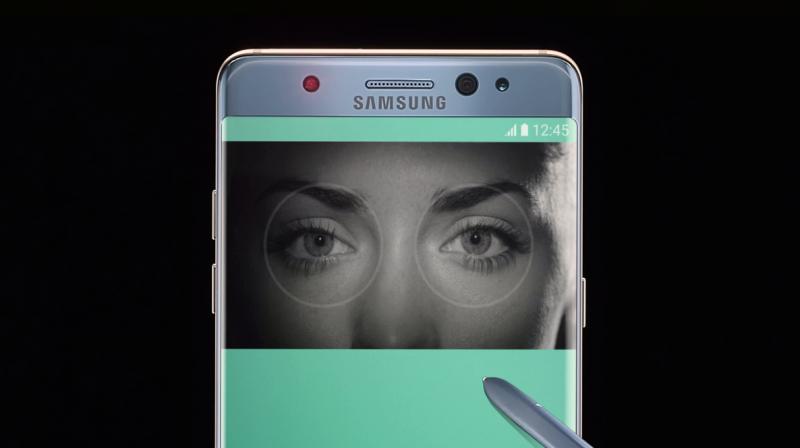 Currently the company is only counting on fingerprint and iris scanning to be used as authentication for Samsung Pay. There are also reports about the company trying to rope in more banking apps to be compatible with iris scanner.

Samsung is expected to launch its next flagship in the first quarter of 2018, reportedly called the Galaxy S9. We know that the device will bring lot of enhancements to the table, and new reports suggest that the S9 will feature an advanced iris scanner which will have shorter response time and better recognition in unfavourable lighting condition.

Currently the company is only counting on fingerprint and iris scanning to be used as authentication for Samsung Pay. There are also reports about the company trying to rope in more banking apps to be compatible with iris scanner.

"Iris scanner is the safest biometric authentication (among iris, fingerprint and face recognition) and we will continue to improve the system for upcoming smartphones for safer banking transactions," a Samsung spokesperson told The Korean Herald.

The report also claims that the company might expand the use of iris scanners to its budget smartphones by end of next year or early 2019. Currently only Galaxy S8 and Galaxy Note 8 are the only Samsung devices that incorporate the iris scanner.

The company has also been rumoured to achieve the high ratio with the upcoming device. The Galaxy S9 is also said to be taller than its predecessor. The Galaxy S9 lineup is said to comprise of two models, just like the previous generations. This indicates we will get a 5.8-inch Galaxy S9 and a Plus-sized 6.2-inch Galaxy S9+.