The Honor 7X is the successor to last year’s Honor 6X and comes with a thin-bezel 18:9 display. 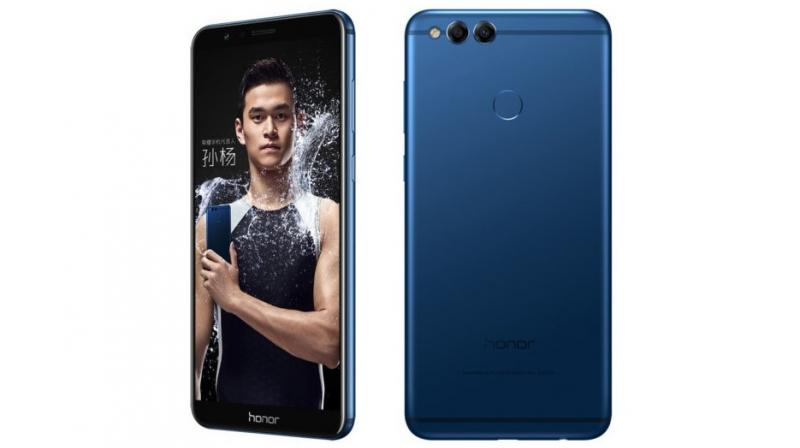 The Honor 7X is built around a 1.7GHz octa core Kirin 659 processor along with 4GB RAM as standard on all variants. The 7X sports a 5.9-inch display with an aspect ratio of 18:9 with thin bezels. The display has a resolution of 1080x2160 pixels. The smartphone is powered by a 3340mAh battery

The Honor 7X now sports a fingerprint scanner at the back. However, the dual camera setup now adopts a layout more identical to the flagship Honor 8 Pro. The Honor 7X features a duo of 16MP and 2MP rear cameras and an 8MP front-facing camera.

Honor hasn’t hinted the launch of the 7X in India. However, the smartphone is identical to the recently launched Honor 9i in India. Therefore, Honor may have something else lined up in its portfolio to battle the likes of Xiaomi’s Redmi Note 4 and Motorola’s G5S Plus.