Samsung Galaxy M10S will be the first to bring many flagship level features to the 10k segment, including USB-C. 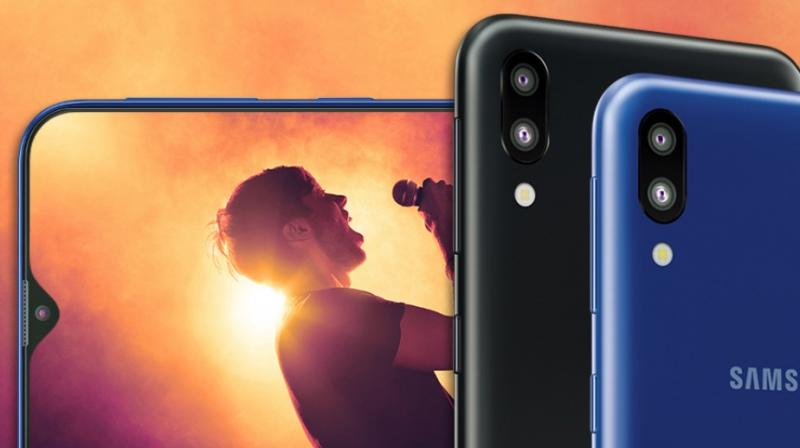 The Galaxy M10s will have a 6.4-inch AMOLED screen, unlike the smaller LCD screen of the M10.

Samsung’s Galaxy M10s has surfaced on the web as a sequel to the popular M series phone, the Galaxy M10. A PDF containing specs of the device has revealed a lot of details of the upcoming budget phone.

The Galaxy M10s will have a 6.4-inch AMOLED screen, unlike the smaller LCD screen of the M10. It will also feature a fingerprint scanner, but that goes on the back and not under the display. The resolution of the M10S will still probably be locked at 720p+.

Geekbench scores reveal a faster chipset on the M10s compared to the M10, which is the Exynos 7885 octa. The processor is paired with a Mali-G71 GPU. There is also more memory on the phone with the specs being bumped up to 3/32GB instead of the 2/16GB. The budget phone will also have a dual-camera setup on the back of the phone (One wide and one ultra-wide lens) and will feature Samsung’s Live Focus.

In terms of battery, the phone will pack a 4000mAh battery with Fast Charging. The manual PDF doesn’t say how fast. The new model will also upgrade to a USB-C port instead of the MicroUSB port of the M10. The Galaxy M10s will likely be priced at around Rs 10,000, a little more than the Rs 8,000 price tag of the original M10. Regardless, a worthy update, and with the specs to show, the Galaxy M10s might be perhaps the best phone Rs 10,000 can buy.