The Apple iPhone 11 is mocked in this brilliantly put together parody video. 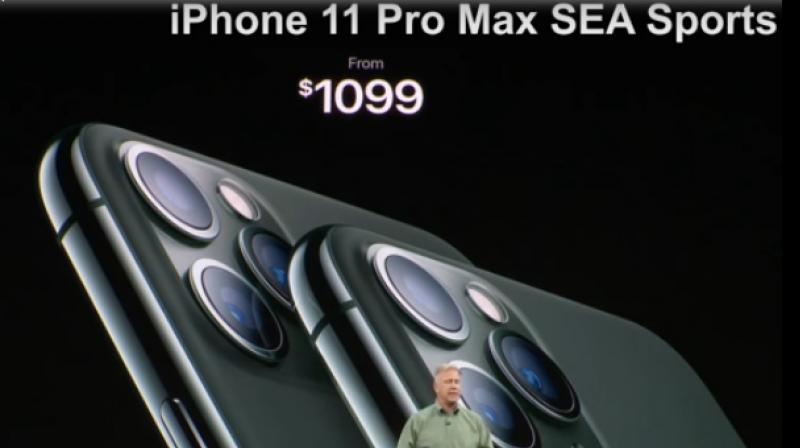 The YouTuber, Jackfilms has put some serious time and effort into the video.

On Tuesday, Apple announced the iPhone 11 lineup of handsets at its annual September event. On the day, Apple introduced three new iPhones — the iPhone 11, iPhone 11 Pro and iPhone 11 Pro Max. And as reported by Mashable, while presenters focused on their "machine learning" and "1 trillion operations per second," one YouTuber threw all that aside to get some quality dunkage on Apple.

The YouTuber, Jackfilms has put some serious time and effort into the video and has launched parodies featuring every single iPhone that has been announced since the iPhone 3GS. For the iPhone 11, John Douglas of Jackfilms has taken various pot-shots at Apple and states that there is not much difference between any of the handsets that have been announced. He specifically singles out the iPhone 11 and iPhone 11 Pro and jokes that the differences aren’t known. "The new iPhone looks completely different. First, the notch... well, it's still huge." He has a supercut of a "nerd" explaining the software differences but basically boils it down to being able to scroll through Twitter a little faster.

Douglas has also trolled Apple’s branding for the newest camera feature, “The front-facing camera can now take slow-motion video. Which is cool! But we ruined it by calling them 'Slofies' so, suck my butt." Which, to be honest, is pretty accurate because no one may actually call them that.

Check out the video below to enjoy a bit of harmless fun at Apple’s expense.