This could be the upcoming Google Pixel XL 2

The leak shows an identical but evolved design of the current Pixel smartphone. 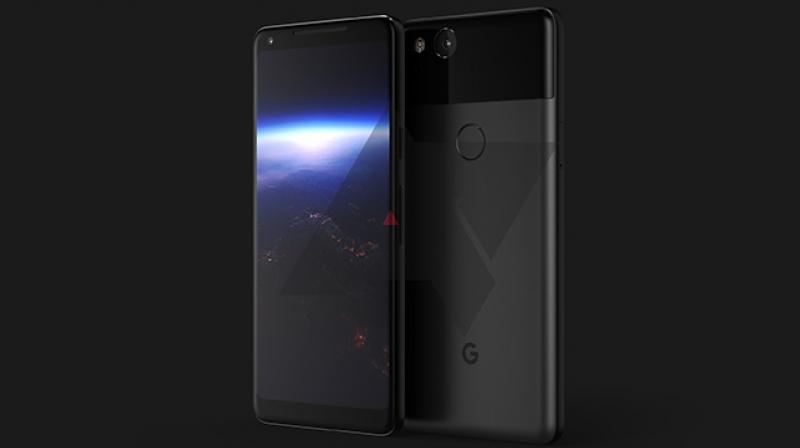 It seems that Google wants to the Samsung way of relying on the power of a single lens camera sensor, which is evident from the size of the camera housing.

The world of technology is always on the lookout for the next big smartphone launch. With the Samsung Galaxy S8, HTC U11 and LG G6 already out of the 'leak box', everyone is now waiting for the Apple iPhone 8 and the Google Pixel 2, two of the most important products in the smartphone industry. In the midst of many leaks for the Pixel 2, a new leak unveils information about the Pixel XL 2 which seems to be believable.

According to the report from Android Police, the Google Pixel XL 2 will sport a design identical to the existing model. However, in order to adapt to the tech trends of the industry, there will be low-bezel AMOLED display, a layout pretty similar to the LG G6. if that sounds coincidental, then you should know that the leak suggests the Pixel XL 2 to be made by LG. The render doesn’t show pronounced edges on the display like the Samsung Galaxy S8 but appears to have 3D curved glass.

The leak also suggests that the Pixel XL 2 will be featuring the squeezable ‘Edge Sense’ from the HTC U11, which is hard to believe as the LG and not HTC is believed to be working on the XL 2 according to the leak. Maybe HTC and LG are working together for the next generation of Pixel smartphones.

Coming to the rear, the phone retains the glass-metal combo panel of the current Pixel devices. However, the fingerprint sensor is now a part of the metallic surface. The glass panel seems to have shrunk in size as well.  The biggest surprise though is the single lens camera, which is surprising as all other smartphone manufacturers are rumoured to include a dual-lens camera for upcoming flagships. It seems that Google wants to the Samsung way of relying on the power of a single lens camera sensor, which is evident from the size of the camera housing.

The leak doesn’t give any idea about the internal specifications and miscellaneous features like waterproofing as well as wireless charging. The second generation of the Pixel smartphones is expected to be unveiled in October of 2017.