The handset will come with a ‘drop’ notch that houses an impressive selfie camera aimed at the TikTok generation. 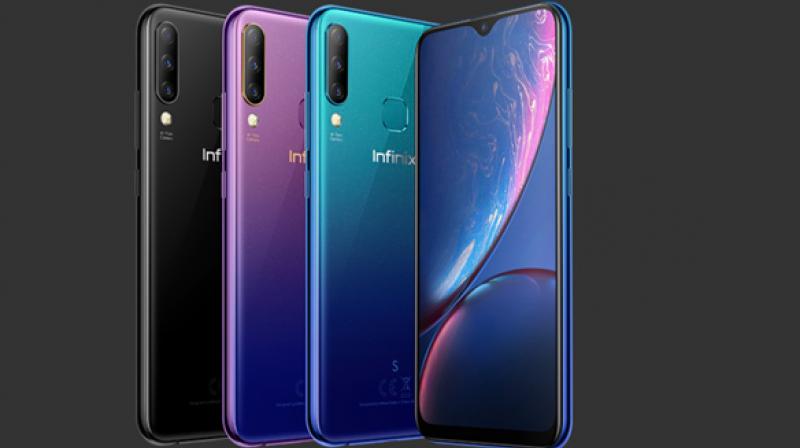 Given that Infinix has a strong following in the country; it is only natural that the brand will launch its best smartphones here.

After the successful launch of the Smart 3 Plus that boasts a triple camera set up under Rs 7K, Infinix, the popular smartphone manufacturer from Transsion is set to debut a new handset aimed at the budget segment. This smartphone, which we believe is the Hot S4 is set to debut in India around the end of May. This handset will come sporting a 32MP front-facing camera that will be housed inside a ‘Drop’ notch which is the brand’s terminology for a waterdrop style notched display.

Given that Infinix has a strong following in the country; it is only natural that the brand will launch its best smartphones here. After successfully launching a range of smartphones last year, Infinix has already put up a strong showing this year with the Smart 3 Plus which has the title of being one of the few smartphones in the world to have a triple rear camera set up under the Rs 7K mark. The Hot S4 with a 32MP front-facing camera was recently launched in Africa, which is the3 brand’s stronghold and it makes sense that it is the same handset that will debut here.

The Hot S4’s highlights are not just the 32MP selfie camera but also the fact that it will come running Android 9 Pie out of the box. Based on this feature alone makes it rival the Redmi Y3 which recently was launched in India. While other features aren’t made official, here is what we think it will sport. 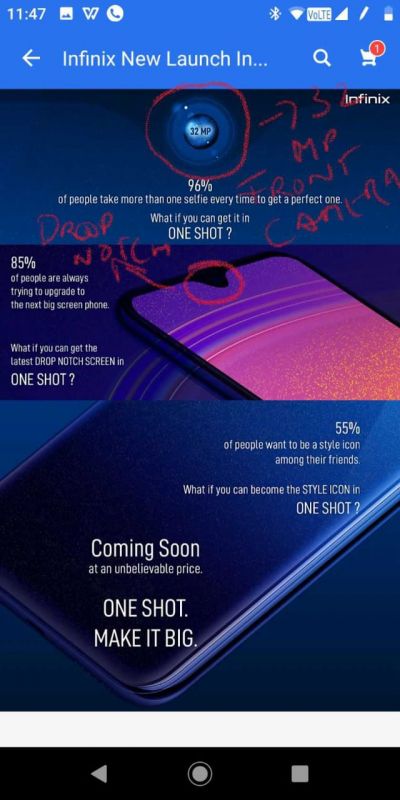 The Infinix Hot S4 is expected to come with a 6.2-inch Full HD+ 2.5D display with a waterdrop notch and the smartphone should measure 152.2 x 73 x 7.9mm. The rear will come with not just two cameras but three sensors located on the top-right corner. The handset will come with a fingerprint sensor that’s rear-mounted and located just above the logo.

Under the hood, the Infinix will sport a Mediatek Helio P22 SoC that’s clocked at 2.2GHz and paired with 3GB of RAM and 32GB of internal storage. There could be a top-end variant as well which features 6GB RAM and 64GB storage. As of now, it’s not clear which variant will debut in India. Also, storage can be expanded a further 128GB by way of a microSD card. As far as optics go, the Hot S4 will feature a triple camera sensor on the rear that comprises of a 13MP primary camera, an 8MP sensor and a 2MP wide-angle lens. There is also a Quad-LED flash that will assist with photographic capabilities. Lastly, the handset is said to run on a 4000mAh battery that can deliver up to a day’s worth of usage.

For those looking to purchase this handset, it will be available on Flipkart post-May 20 for under Rs 10,000.